On Saturday, Butler announced the heir to the program that Brad Stevens built.

The Butler Bulldogs named Brandon Miller their new head basketball coach, the school announced on Saturday. Miller returned to the school in April to serve on the staff of Brad Stevens after spending last year as an assistant at Illinois.

The 34-year-old Miller will replace Stevens, who left the school to become the head coach of the NBA's Boston Celtics on July 3.

With Brad Stevens gone, the next Bulldogs coach needs to know the 'Butler Way' 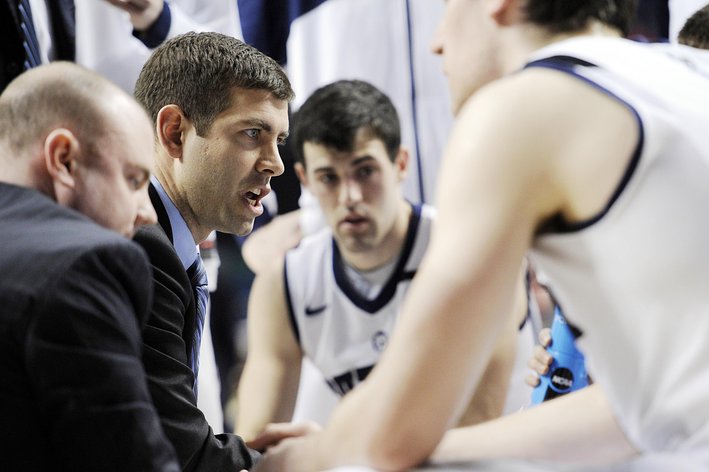 Butler has a big hole to fill with Stevens moving to the NBA.

Miller played under Steve Alford at Southwest Missouri State as a freshman in 1998 before transferring to Butler in time for the 2000-01 season. Miller found succes with the Bulldogs, leading the team to a 77-20 record across three seasons. He was also voted as one of the program's 15-best players in its history in 2006.

After Miller's playing career ended, he held assistant coaching jobs at Xavier and Ohio State in addition to Butler and Illinois.

Butler finished 27-9 last year under Stevens after losing in the third round of the NCAA Tournament to Marquette. The team lost its top two scorers, but will retain the other three members of its starting five for next season.