The rosters for the 2014 McDonald's All-American Game were released on Wednesday, and as expected, top-ranked high school senior Jahlil Okafor is the head of his class. In front of his hometown of Chicago on April 2, the Whitney Young High School center will lead his West team against the East Team's Myles Turner and Cliff Alexander, respectively the second- and third-ranked prospects for the 2014 class.

Jahlil Okafor is a rare beast 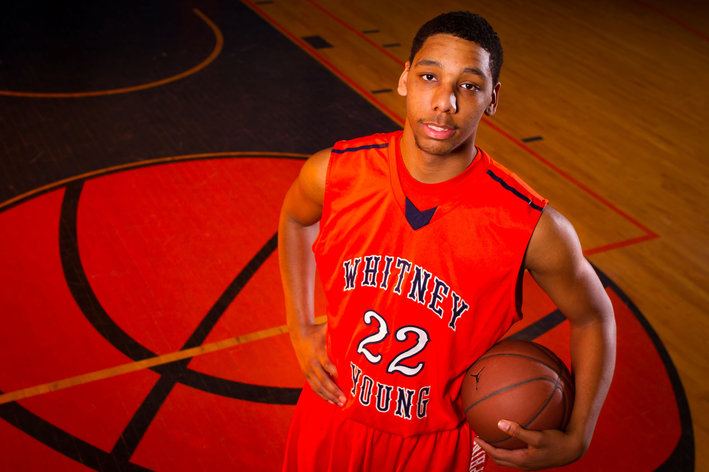 The latest in the long line of Chicago hoops talent is another Duke commit, writes Ricky O'Donnell.

Duke and Kentucky each placed four of their commits on the McDonald's roster, while Turner and Findlay College Prep guard Rashad Vaughn are the two undecided players named to the teams.

Apple Valley High School point guard Tyus Jones, the No. 4 overall recruit according to ESPN's Recruiting Nation, will team with fellow Duke commit Justise Winslow, a 6'6 small forward from Houston. Their East Team will face off against future Blue Devils on the West team in shooting guard Grayson Allen out of Jacksonville, Fla., and Okafor.

North Carolina placed the swingman duo of Justin Jackson and Theo Pinson on the East Team, who will face future teammate Joel Berry on the West Team.

UCLA and Kansas each placed two players on the McDonald's roster, while Arizona, Ohio State, Stanford, Southern Methodist, Maryland, Indiana and Seton Hall each have one commit on either of the McDonald's squads.