Iowa is the best state for college basketball this season

Three programs in the state are all top 25 worthy.

Share All sharing options for: Iowa is the best state for college basketball this season

Roy Williams isn't used to losing when it comes to the state of Iowa. During his time at both Kansas and North Carolina, the future Hall of Fame coach has been notorious for coming into Iowa and stealing some of the state's best talent.

But in the last nine months, Williams' luck against the state of Iowa has taken a hit, at least on the court. Last March, the Tar Heels lost to Iowa State in the round of 32 of the NCAA Tournament, and this year, UNC lost at home to Iowa in the ACC-Big Ten Challenge. Next year, the Tar Heels could potentially play at Northern Iowa for a chance to go 0-3 against the state over the course of a year-and-a-half.

Of course, North Carolina expects more than to lose to Iowa and Iowa State, but this year, those losses don't look all that bad. Because against all odds, this rural state with a population of just around three million might have better basketball than anywhere else in the country.

Iowa State (14) and Northern Iowa (23) are both ranked in the AP Poll. Iowa is just on the outside looking in, but has a chance to jump into the rankings with a win against ISU on Friday. The Hawkeyes are the 18th-best team in the nation, according to KenPom, while the Cyclones are 20th and the Panthers are 33rd. No other state has three teams higher in those ratings than Iowa, and if you projected a bracket right now, the only other states that would likely have as many projected at-large bids to the NCAA Tournament are California, Texas and, maybe, Indiana.

When you think of top basketball talent, you don't think of Iowa, and rightfully so, as it has a small population and doesn't even have a single city among the top 100, size-wise, in the United States. Even per capita, Iowa doesn't produce a lot of NBA talent. But particularly over the past five years -- after the time of Hinrich, Collison and Kyle Korver -- Iowa has produced an uncanny number of good players.

Doug McDermott, last year's Player of the Year in college basketball, is from Ames, as is Barnes. Paige is from Cedar Rapids, and he played on the same AAU team as Sioux City native and four-star center Adam Woodbury (who had a North Carolina offer), and South Sioux City, Nebraska native and four-star point guard Mike Gesell (who developed his game in Iowa), both of whom now play for the Hawkeyes. Former top-150 recruit Jarrod Uthoff, also of Cedar Rapids, initially chose Wisconsin but now plays for Iowa.

But despite producing such a burst of rare talent, Iowa teams have been unable to keep some of the best talent home. Woodbury was the first big get for the Iowa program, and his success has paled in comparison to the success Paige, Barnes, McDermott and Hinrich have had.

So how have the state's teams continued to be competitive? Each has done it in a different way.

It seems like forever ago now, but back in the days of Dr. Tom Davis (and before that, Lute Olson and George Raveling), Iowa had a consistent top-25 program. The Hawkeyes were always a force to be reckoned with in the Big Ten during the 1980s and 1990s, and stars Roy Marble, B.J. Armstrong, Ronnie Lester and Andre Wollridge, among others, made Iowa a regional power.

But in 2010, after the disastrous Steve Alford and Todd Lickliter eras, Iowa was a Big Ten bottom-feeder. So the Hawkeyes brought in Fran McCaffery to inject some life into the program, and in his fifth season, McCaffery appears to have Iowa on the right track. The Hawkeyes made the First Four last year -- their first NCAA Tournament appearance since 2006 -- and this year they're on pace to have a spot in the field of 64.

While McCaffery's Hawkeyes have still had some issues finishing big games, their win at UNC showed signs of progress in that area, and they're recruiting well enough that they should be set up for consistent success for years to come. Ever since landing Woodbury, Iowa has routinely gotten the best players out of the state, and the Hawkeyes may have found the beginnings of a pipeline to Chicago in the past two years.

The glory days aren't back quite yet in Iowa City, but this program is in much better shape than it was five years ago. 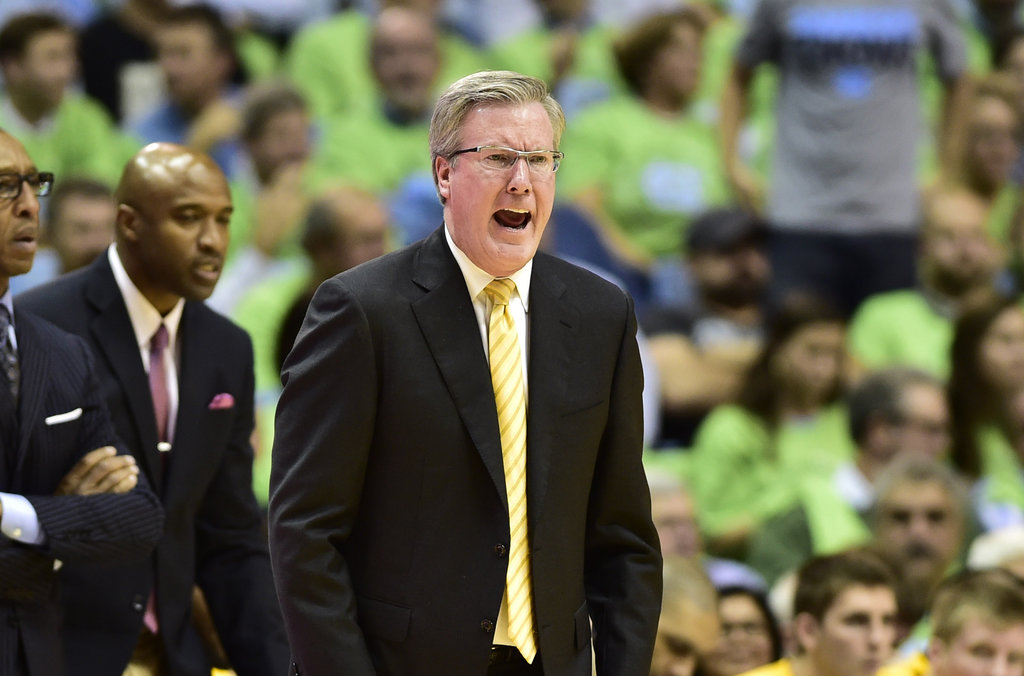 Iowa State Cyclones: Transfer U (But more than that)

When Fred Hoiberg took over Iowa State in 2010, "The Mayor" made a splash by bringing in some of the best transfer players from around the country. The Cyclones struggled in Hoiberg's first season with those transfers sitting on the bench, but they got a breakthrough in 2011-12 when they became eligible.

Royce White dominated the Big 12 as a power forward with terrific ball skills, and he was aided by Penn State transfer Chris Babb and Michigan State transfer Chris Allen. That team beat UConn in the NCAA Tournament and gave eventual national champion Kentucky a run. The next year, Utah transfer Will Clyburn and Michigan State transfer Korie Lucious joined Babb to put together an NCAA Tournament run that nearly ended in a shocker against Ohio State. The run of successful transfers continued in 2013-14, with Marshall transfer DeAndre Kane leading ISU to the Sweet Sixteen.

This season, the Cyclones will look to grab a potential top-four seed in the NCAA Tournament, and one of the centerpieces of this team is another transfer: Bryce Dejean-Jones from UNLV, who is the team's second-leading scorer. But to place Hoiberg's success all on transfers would be misguided. ISU's best player this year is Georges Niang, who came straight to Ames out of high school. Last year, Melvin Ejim -- another non-transfer -- was Big 12 Player of the Year.

Hoiberg has masterfully gotten the best transfer players in college basketball to fill out his teams and make up for any weaknesses, while still recruiting on a high level. That combination is why the Cyclones have staying power at the top of the Big 12.

Northern Iowa will always be synonymous with Ali Farokhmanesh's shot to beat Kansas in the 2010 NCAA Tournament -- a year when the Jayhawks were undoubtedly the best team in college basketball. It was an incredible upset, to be sure, but this wasn't NJIT over Michigan. That UNI team was a nine-seed, and it was so good -- 19th in the final KenPom ratings and 30-5 on the year -- that it would have made the NCAA Tournament even if it hadn't won the Missouri Valley Conference tournament.

That Panthers team may have been the best squad Ben Jacobson has had while at UNI (though this year's team will come close), but it was also representative of what Jacobson has done while in Cedar Falls. UNI has become the second-best program in the Valley, behind Wichita State, by finding players from small town Iowa all of the bigger programs missed.

College coaches from all over the country flocked in to see Hinrich, Barnes, Paige and Woodbury, but they missed out on guys like Jordan Eglseder (from Bellevue), Farokhmanesh (Iowa City) and Kerwin Dunham (Bondurant), who made that UNI team so good. This year's team has a similar feel.

Seth Tuttle, who is one of the best players in the country who you've never heard of, is from tiny Sheffield, Iowa. Star guard Wes Washpun (a transfer from Tennessee) is from Cedar Rapids. Matt Bohannon is from Marion. Ultra-efficient Paul Jesperson, who has a 129.6 offensive rating, is from Merrill, Wis.

Northern Iowa is not going to have an incredible team year-in and year-out. It's a developmental program, not one that can plug in stars. But the Panthers are always going to be solid, and some years, like this one, they'll be among the better teams in the country. 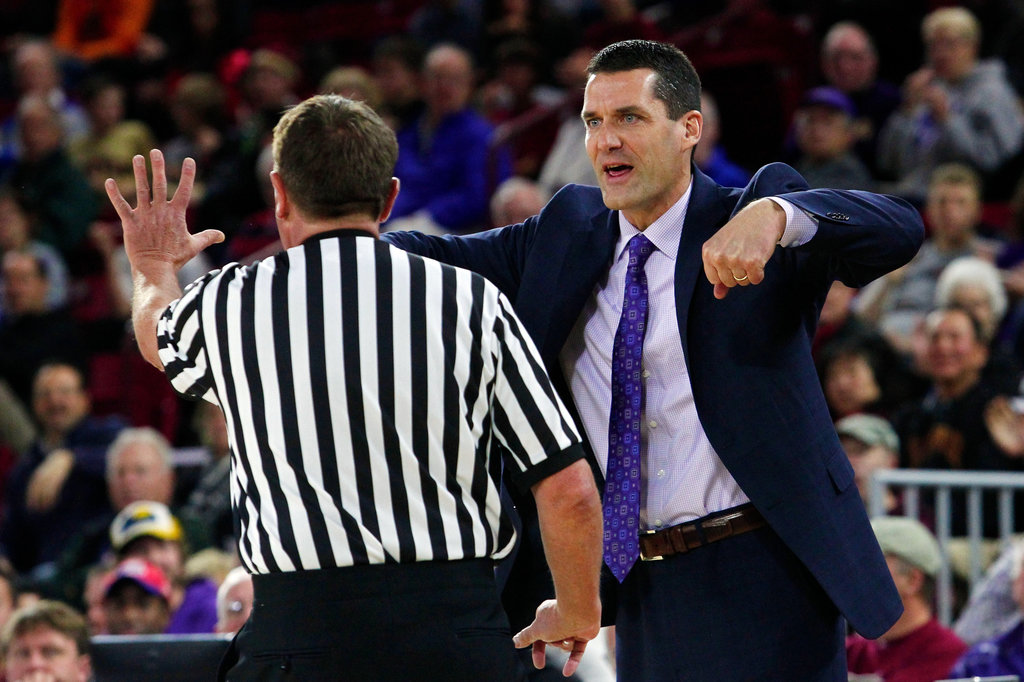 The state of Iowa should not be a basketball powerhouse. The talent is not there on a consistent basis for the Hawkeye State to join North Carolina, Kentucky and Indiana in college basketball lore.

But this year, Iowa has something special, and in the next week, it will get to show that off. The Hawkeyes and Cyclones play in Iowa City Friday, while Iowa and UNI play in Des Moines eight days later.

The hype will cool off for one or more of these teams after those games are played, as one of them claims its supremacy atop Iowa college basketball. That didn't used to mean very much, but this year, it will be one of the most impressive state championships to be won in the sport.