'Tis the season ... to ask for additional assets that will please your fan base and make winning a national title in three-and-a-half months a more realistic possibility.

Share All sharing options for: A look at the Christmas wish lists of college basketball's top 10 teams

Christmas is in two days, which means people around the world are overloading Santa Claus with some hopeful/panicked last-second requests. Though the rest of the country will tell you they already have more than enough stuff, the top 10 teams in college basketball are among those making requests and attempting to squeeze in some last-minute good deeds.

Here's what they're all asking for:

Kentucky: Some competition in the SEC

If the rankings were to stay the way they are today for the rest of the season, then Saturday's game against Louisville would be the last Kentucky would play against a Top 25 team until (assumedly) the NCAA Tournament.

Nobody thought coming into the season that the SEC would be loaded with world-beaters, but there was a sense that the top of the conference -- and when we say "top," we mean the tier just below Kentucky -- would be formidable. Instead, Arkansas has been blown out by Iowa State and has an ugly loss to Clemson, LSU also has a loss to Clemson to go with its shiner from Old Dominion, and Florida has been one of the biggest disappointments in the entire country. All this has left the league with the nation's unanimous No. 1 team, and then no one else in the top 30 of either set of rankings.

If the Wildcats are able to get past the Cards on Saturday in Louisville, then expect the already heavy dose of 40-0 talk to start flooding in from every angle. That will last for a while during the early stages of conference play, but you can only talk about the same thing so much (ask Wichita State and its fans). Once late January and early February roll around, if Kentucky is still unbeaten but still not playing ranked teams, then I guarantee the national conversation will at least temporarily switch over to the question of whether or not the Cats are being adequately prepared for the NCAA Tournament. There will also be at least one (again, this is a guarantee) column stating that UK needs to switch conferences.

All of this will be tiring for both us and the team, but the scarier thought for UK is the one which centers around the notion that maybe there will be some truth to these things that everyone is saying. The best route to avoiding all of this is to have two or three teams at the top of the current SEC standings play way over their heads for the next month.

Duke: A deeper bench and no foul trouble for its big men

Duke's getting greedy and asking for two things because, well, Duke's parents are loaded and he knows he's probably going to get whatever he wants.

The Blue Devils have become the 1B to Kentucky's 1A in the national discussion, a distinction which they've certainly earned. They have yet to win a game by fewer than 10 points and have likely the most impressive victory of any team this season, an 80-70 triumph over then-No. 2 Wisconsin at the Kohl Center.

In its most recent win, a 66-56 triumph over Connecticut, Mike Krzyzewski played just one player (Rasheed Sulaimon) off his bench more than six minutes. That was fine against the struggling Huskies, but it might not be as fine against future opponents like Louisville and Virginia, let alone the mighty Wildcats. The lack of depth is even more concerning when you take into account that Duke has just two players (Jahlil Okafor and Amile Jefferson) averaging more than 4.5 rebounds per game. Losing either of those guys to foul trouble for an extended stretch would be a massive blow to the Blue Devils' ability to accomplish what they need to in the paint.

Arizona thought about requesting a more effective halfcourt offense, some added maturity for Stanley Johnson or more easy points in transition, but it wound up settling on more of a stocking-stuffer request. Arizona is low-maintenance like that.

I can't imagine this is something Sean Miller hasn't stressed the importance of or forced his players to work on during practice, but clearly something isn't clicking. This is a Santa situation if I've ever heard one.

Louisville: A win over Kentucky

This should be the golden age of the Louisville-Kentucky rivalry. In the past three seasons, the Commonwealth powers have combined for four Final Fours, three championship game appearances, and two national titles. Toss in the Rick Pitino/John Calipari rivalry and that the two fan bases' use of the word "hate" is as close to being appropriate as possible, and this should be a series that has captivated the sports world far more than it has.

Since John Calipari's arrival in Lexington, Kentucky owns a 6-1 advantage over its bitter rival.

The main issue? The Cards can't seem to find a way to beat the Cats.

Since John Calipari's arrival in Lexington, Kentucky owns a 6-1 advantage over its bitter rival, and has twice ended Louisville's season in the NCAA Tournament. The Cardinals' only win over that span was when its eventual national championship team beat a UK squad bound for the NIT by 3 at home.

Louisville is in the midst of one of the most successful stretches in the history of the program, but its inability to adequately compete with its arch-rival has been a lone, albeit oft-discussed, negative. If the Cardinals could beat this Kentucky team in a meeting where (for the first time ever) both programs are undefeated and ranked in the top five, well, the party in the Derby City would probably carry on through New Year's.

Virginia: For Santa to disassociate himself from them

The "Yes, Virginia" signs are so tired, and the Cavs have had enough. They're really serious about this.

Did you see what they did to Harvard without any Christmas help last weekend? Just stay away, fat man. They're doing fine without you.

Virginia makes a move into the top 5

Dekker has been good (12.0 ppg/4.2 rpg), but this is the second consecutive season where the college basketball media has predicted a massive breakout year for the Sheboygan native and he's kind of failed to live up to that hype. When you're projected by some to be one of the five best players in the entire country, you shouldn't be the third best player on your own team, and that's exactly what Dekker has been for the Badgers this season.

As good as Frank Kaminsky and Nigel Hayes are, it's hard to see Wisconsin getting back to the Final Four without Dekker fully realizing his potential and finally becoming the monster so many people want him to be. If the main issue is, as some have claimed, a lingering left ankle injury, then Santa can probably take care of that pretty easily. 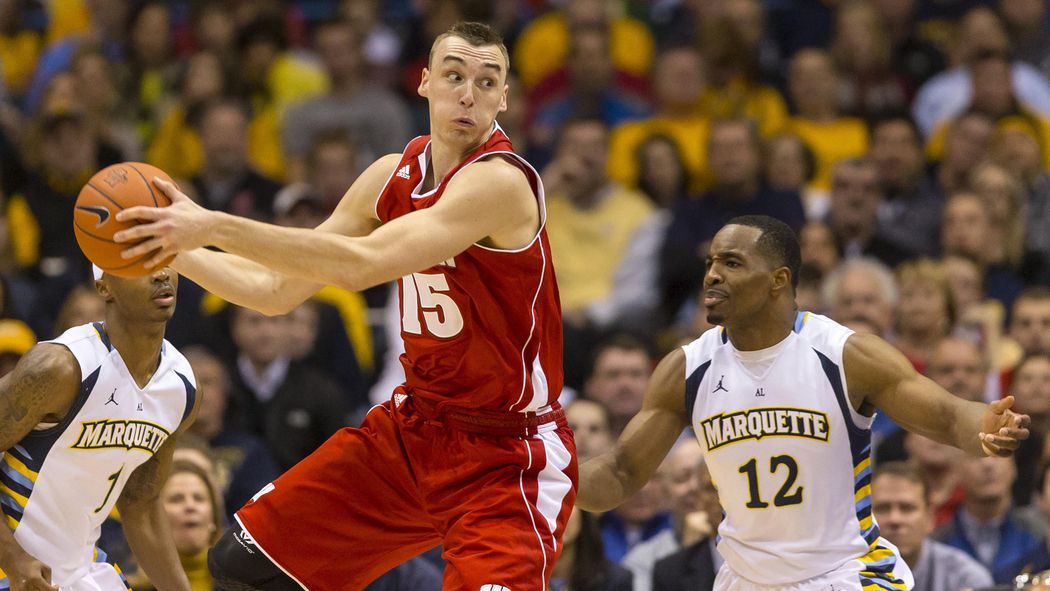 Sure, it's one of those broad broad holiday requests like "to find love," but you can't blame 'Nova for asking for the only thing it really wants.

The Wildcats are 11-0, ranked in the top 10 and poised to dominate the Big East for a second consecutive year, and they've still yet to hear themselves discussed as a serious national title contender. A lot of that is probably due to them being viewed as a pretender a season ago ... and ultimately proven to be one when they were handily bounced by eventual national champ UConn in the round of 32. But that was a completely different team, something which is difficult to grasp for a chunk of the college hoops world. Perhaps the holiday spirit can open the nation's eyes to that fact.

Gonzaga: For people to stop using "mid-major" in any reference to them

It's the only thing Gonzaga asks for every year. As a result, the Zags are starting to ask some serious questions about Santa's existence. It's hard to blame them.

Asking for the "mid-major" label to be shed isn't enough, because the constant announcer quips of "I don't think you can call this a mid-major program anymore" (or some variation) are every bit as annoying ... and they have been since 2002. 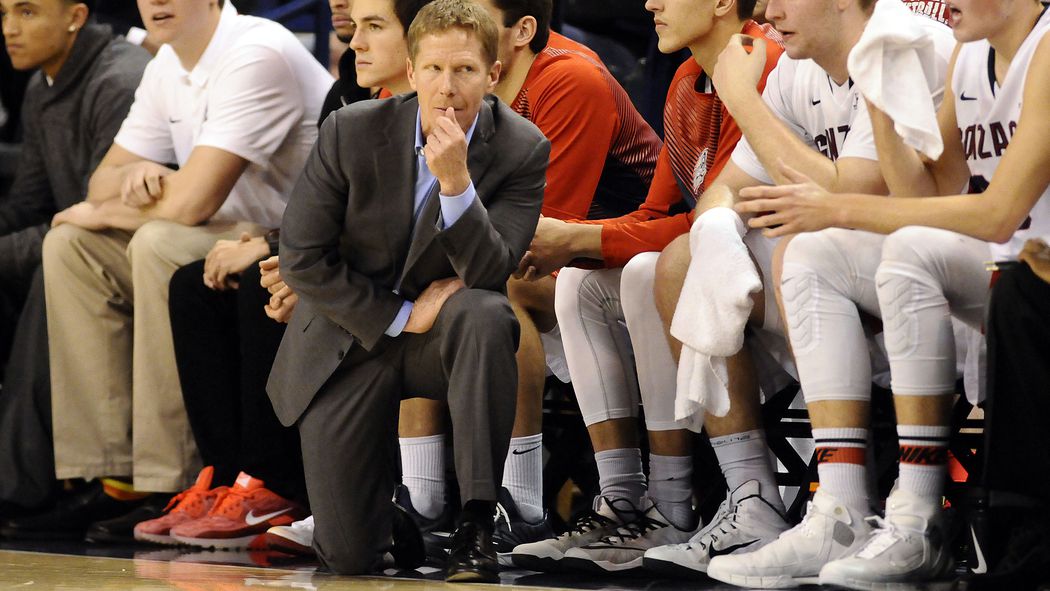 People have forgotten about the Longhorns a little bit since their loss to Kentucky, which is sort of hard to fathom considering they likely provided the Wildcats with their stiffest test of the season, and did so without their star point guard. Everyone talks about Texas's frontcourt, which is understandable, but having one of the nation's top point guards is an invaluable asset, and that's exactly what Taylor is when he's fully healthy.

If the sophomore's wrist can be fully healed by the time Big 12 play starts, then the Horns have an excellent shot at breaking that Kansas streak of consecutive regular season conference championships ... and then doing much more in the succeeding weeks.

Kansas: The Temple game to be their "It's a Wonderful Life" moment

After being demolished by the Owls and seeing their fans charge the floor, Bill Self and his players go back into the locker room where they decided they'd be able to go through the motions and walk over Temple hours earlier. They put their heads in their hands.

A team manager walks in and tells them all that there's 10 minutes until tip-off. The game never happened. They take care of the feisty Owls and no one questions their status as a top 10 team.

Santa can do it.