The return of Dunk City: Florida Gulf Coast may be more dangerous than ever

The names and the style might be different, but Florida Gulf Coast is showing early signs of having the ability to pull off the same feat that forever branded the program as "Dunk City."

Share All sharing options for: The return of Dunk City: Florida Gulf Coast may be more dangerous than ever

Two is also the number at issue when talking about the wins it took to change everything. Shocking double-digit victories over Georgetown and San Diego State etched FGCU's name in the history books as the first 15 seed to ever advance out of the NCAA Tournament's opening weekend. But it was the way they did it which left the program with one of the most recognizable brands in all of college basketball.

There's a time-tested formula which shocking NCAA Tournament upsets are supposed to adhere to. The double-digit seed builds an early lead via uncharacteristically hot outside shooting, the favorite eventually wakes up and goes on a run at some point in the second half, and then the underdog spends the game's final minutes limping towards the buzzer, winning with a miraculous shot or a series of fortunate (or unfortunate depending on your rooting interests) mistakes from their tired opponent.

This was not Florida Gulf Coast's method. The Eagles built leads by dunking on fools the way you'd expect to see a single-digit seed loaded with five-star talent do. When things got a little tight and the underdog was supposed to start milking the clock, FGCU decided they'd rather just push the pace and dunk on fools some more.

This group is more balanced and poised than the past two FGCU squads.

The performances were so shockingly refreshing that despite the fact that FGCU lost its head coach, missed out on the NCAA Tournament a season later, and still has not won an outright Division-I regular season conference title, there still isn't a college basketball fan in America who can't tell you where Dunk City is.

In the coming months, it appears as though those people may have plenty of opportunities to share this knowledge with their friends.

Following an 84-75 upset win over UMass over the weekend, Florida Gulf Coast finds itself at 8-1 and with an RPI of 31, the best in program history. The Eagles' lone loss remains to mid-major powerhouse Green Bay, the team which currently sits atop those RPI rankings.

While the Eagles are still prone to some of the flash that turned them into America's team for a couple of weeks in March of 2013, this group is more balanced and poised than the past two FGCU squads. Second year head coach Joe Dooley has done an exceptional job of blending his style with elements of the previous one that were overwhelmingly successful.

Senior guard Bernard Thompson leads the team in scoring at 16.0 ppg, but five players average double figures, and six players are shooting 33 percent or better from beyond the 3-point line. Against UMass, the Eagles went 10-of-18 from beyond the arc in a game they led by as many as 18 points. 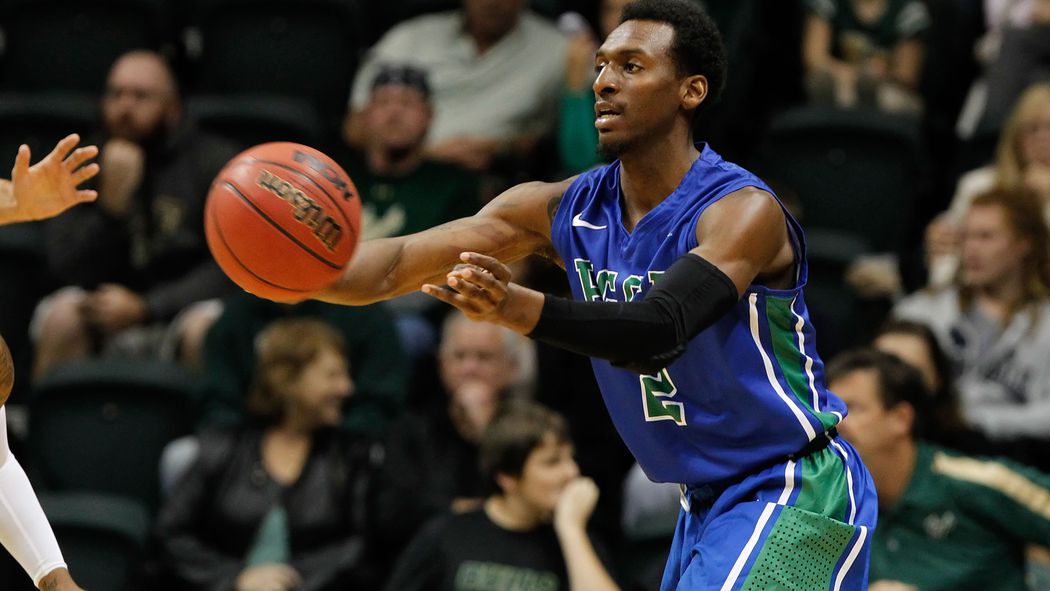 While much of the cast of characters has changed since the Sweet 16 run, the guy running the show has not. Senior guard Brett Comer is still the one who makes Dunk City go. Division-I's active assist leader, Comer will head into the second month of the season averaging a career-best 8.0 dimes per game, and a career-low 2.1 turnovers per game. He's also chipping in 10.0 points per contest.

It hasn't all been rosy for FGCU, which has failed to score more than 63 points in four of its nine games. But on a roster loaded with newcomers, early season struggles on offense were predictable. Both Comer and Thompson are spending their fourth year in Fort Myers, but after that it gets interesting.

Second-leading scorer Jamial Jones (11.8 ppg) spent his freshman season at Marquette. Marc-Eddy Norelia (11.0 ppg/8.0 rpg) came to FGCU from Tulane. Julian DeBose (10.8 ppg) is in his first season with the Eagles after leaving Rice. Christian Terrell is a true freshman, and Demetris Morant is a UNLV transfer.

The combination of styles and personalities led to some sluggish early season performances against a handful of overmatched opponents, but the Eagles have shown signs of evolving recently, scoring at least 71 points and shooting 45 percent or better from the field in each of their last three games.

FGCU will get a couple of chances to make more of a national splash when they end December with road tests at Pittsburgh and Xavier, but assuming the Atlantic Sun is going to be a walk-through would be an error in judgment. USC Upstate is 8-2 and won at Georgia Tech over the weekend. At the same time, North Florida was busy pulling its own power five conference upset with a win at Purdue.

All that said, Dooley's second FGCU team has more pieces to work with than his first, and that was a squad which was one win away from getting back to the big dance.

Regardless of where they're seeded or what their record is, if they do make it back to the NCAA Tournament, the return of Dunk City is going to wind up being one of the most talked about stories of the week. Dooley and company will gladly accept the increase in focus from March 2012 to March 2014 so long as the on-court results stay the same.