Selection Week Friday was only a good day for the bubble teams already present in that morning's projection. As a result, there are are no new at-large teams in Chris Dobbertean's Selection Eve morning bracket, an absolute rarity.

A hectic Friday saw the overwhelming majority of bubble teams in action fall. Florida State started out the day by losing to Virginia in the ACC Tournament quarterfinals, where Clemson also tasted defeat, a particularly bitter one at the hands of Duke. On the other hand, Pittsburgh secured its place in the field of 68 with a win over North Carolina, and N.C. State moved closer by knocking off sliding Syracuse. St. Joseph's grounded Dayton for the third time this season at the Atlantic 10 Tournament, though the Flyers just remain in the bracket. However, bubble teams everywhere will hope the Hawks can knock off potential bid stealer St. Bonaventure in today's semifinals. 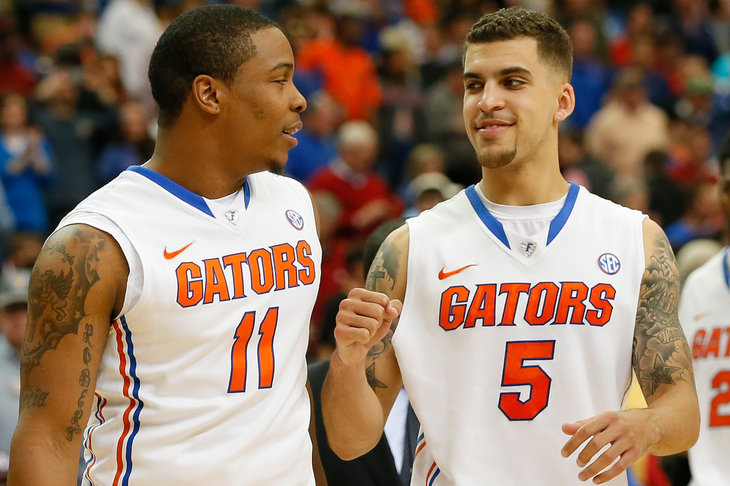 In the Big Ten Tournament, Minnesota was blown out by Wisconsin in the evening session, the second lousy result for a conference bubble team on the day, as Nebraska could not hold on against Ohio State in the second quarterfinal of the day. As a result, the Cornhuskers are in today's First Four. Meanwhile, in the SEC Tournament, Florida put the clamps on Missouri in the second half of their game, keeping the Tigers from locking up a late high-quality win. LSU found themselves in a similar situation later on, as Kentucky ran them off the floor in the second half of the first game of the evening session. Tennessee, however, improved its position by simply defeating South Carolina. They'll get a third chance to defeat the top-ranked Gators this afternoon.

At Madison Square Garden, the night's results were mixed for the Big East Tournament's two remaining bubble teams. Providence can book its own place in the field by defeating Creighton in tonight's final, while Xavier must wait after falling to the Bluejays.

So, many of Friday's big winners actually didn't play. BYU remains in, despite a Kyle Collinsworth's knee injury and some serious selection sheet questions. Plus, Arkansas, California and Green Bay all remain in the picture because of the failings of their competition.

I'll have a look at what to watch out for on Saturday after this morning's bracket and rundown.

For a more detailed look at the Last Four In and First Four Out, here are their capsules for Saturday.

Today's schedule is not quite as overwhelming as Friday's, though 14 bids will be handed out before Selection Sunday arrives on the west coast.

Only two full bracketology updates will remain, with both coming Sunday. However, I will provide shorter updates here as Saturday unfolds. As always, I'll also be active during the day's action on Twitter @ChrisDobbertean. Also, for a full TV preview head over Blogging the Bracket.