As is typically the case, the NCAA Tournament Selection Committee provided the sports world with a great deal to argue about in 2014.

Share All sharing options for: NCAA bracket reactions 2014: Breaking down the seeds, storylines

In terms of job performance reviews, the NCAA Tournament Selection Committee is essentially an officiating crew: "You guys did a good job, but a couple of things ..." is pretty much the best it can hope for.

Mild criticism is always the goal for the committee, and for the most part it appears as though it has achieved that. Beefs with the seedings of Louisville and Michigan State and the superior strength of two regions (the South and the Midwest) seem to the only major complaints, which is the equivalent of the committee shooting a 14- or 15-under on the local putt-putt course ... I guess ... I haven't played putt-putt in a long time.

I'd direct a "decent job" at the committee, but that feels wrong. Instead, let's nitpick and talk about the six things that are worthy of some discussion and some dissension.

Louisville won a share of the AAC regular season championship and then won its three conference tournament games by a combined 100 points. There's a strong chance that the Cardinals are going to be the No. 3 team in Monday's Associated Press Top 25, which means their final pre-tournament ranking (3) is likely going to be better than their actual tournament seed (4). 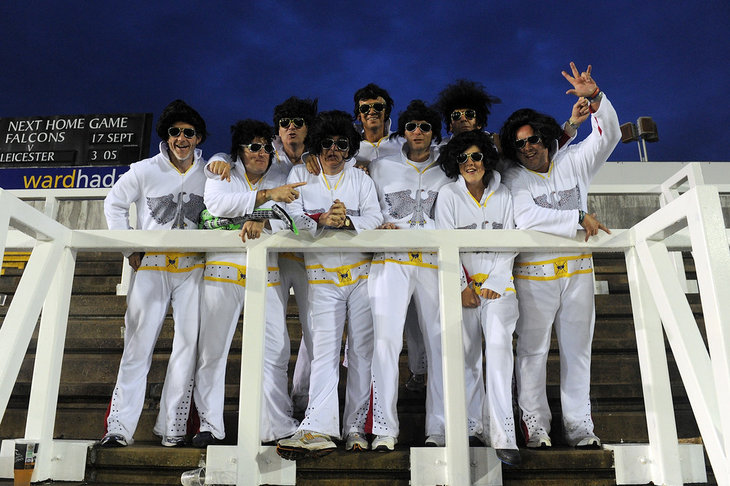 2. Wichita State will have to earn its way to Dallas

The first team to enter the NCAA Tournament undefeated since UNLV in 1991 was done no favors by the committee. The Shockers find themselves in a Midwest Region that includes two of the top three teams from both preseason polls (Kentucky and Louisville), three of the top seven teams in Ken Pomeroy's rankings -- Louisville (2), Wichita State (5) and Duke (7) -- and three of the four teams that made up last season's national semifinalists (Louisville, Wichita State and Michigan).

The debate over whether or not Wichita State deserved a No. 1 seed faded away once other contenders continued to shoot themselves in the foot, but there will be no one who doubts the Shockers if they can find a way to make it out of this region.

3. Florida and Kansas on a collision course

Florida and Kansas have been two of the biggest Vegas favorites to cut down the nets all season long, and now it appears as though they're on a collision course to meet in the Elite Eight. Next-level talent in the post is always at a premium in the NCAA Tournament, and the Gators and Jayhawks have as much of it as anyone.

It's hard to envision any of the other top seeds in the region -- Syracuse, UCLA, VCU -- being able to keep this showdown from coming to fruition.

4. Power conference teams get their shot in the First Four

Typically at least one of the final at-large teams to crash the field of 68 is a well-known name from a power conference, but that wasn't the case last season. In 2013, the "First Four" in Dayton featured at-large teams La Salle, Saint Mary's, Boise State and Middle Tennessee, which beat out the likes of Tennessee, Virginia and Kentucky for the final spots in the field of 68. 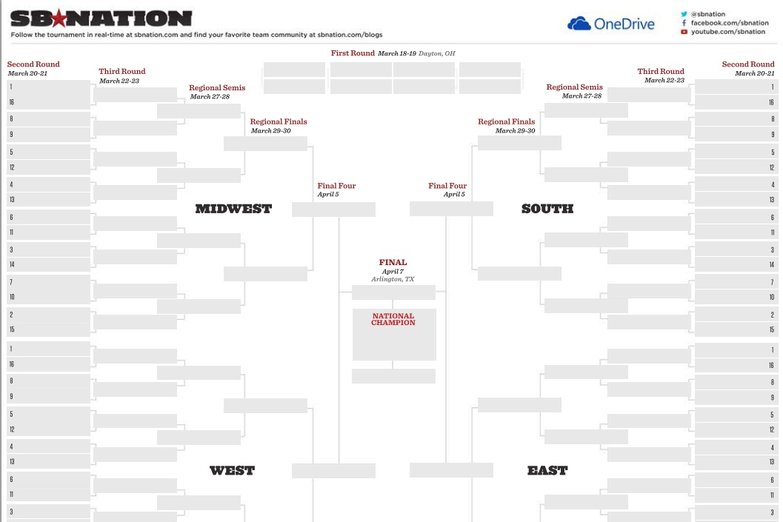 Things are a bit more back to normal this season, with the opening acts of the Big Dance featuring teams from the ACC (NC State), Big East (Xavier), SEC (Tennessee) and Big Ten (Iowa). Everyone loves the little guy in March, but these four teams figure to play a pair of hotly contested games that should generate a bit more national interest than the First Four tilts of a season ago.

5. A No. 4 seed is likely going to be favored to win the East

The Spartans probably deserve a four seed because of the losses incurred during a regular season where they were almost never at full strength, but at the moment they certainly appear to be the class of a region that is headlined by Virginia, Villanova and Iowa State.

6. Oklahoma State is in prime position to win "The Arizona" award

I have very few "bracket rules," but the only one I follow religiously is to pick against the underachieving 8/9 seed that everyone says has the potential to upset a No. 1 seed in the round of 32. It never fails, and the team that achieves the feat receives an award I've decided to call "The Arizona" for the tremendous work in the field that the Wildcats have provided in seasons past.

Three weeks ago, I stated that this year's recipient of The Arizona was going to be a resurgent Oklahoma State team that would be facing Gonzaga for the right to play Wichita State. Instead, it'll be the Cowboys and the Zags for the right to face ... Arizona. It's almost too perfect. Pick Gonzaga.