It's not too late to fill out a bracket. Download a printable PDF version here. 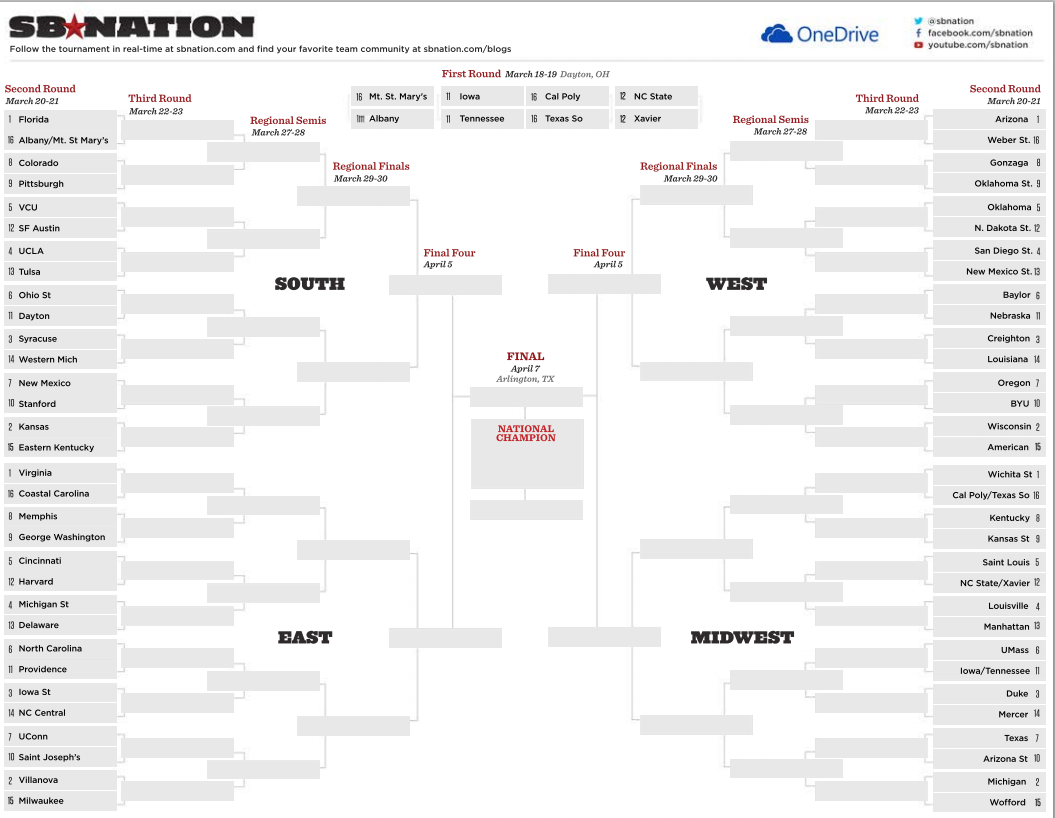 There is nothing quite like the second and third rounds of the NCAA Tournament. Just a few days after 68 teams had their seasons made, more than 75 percent of them will have been eliminated. And for the teams that are able to win both their games the first week, just four more contests stand between them and national championship glory.

Filling out a March Madness bracket is one of game's greatest traditions. With the field looking wide open in 2014, SB Nation is providing a printable bracket once again this year. Be sure to also check out our 2014 NCAA Tournament predictions, as well.

As is the case almost every year, there was no consensus among the experts when it came to picking a champion.

Some gurus went with chalk and liked the top-seeded Florida Gators to cut down the nets for the third time in nine years behind a deep, veteran-led roster. Others went with Louisville or Michigan State, two preseason top-five teams that struggled throughout the regular season, but seemed to really figure it out in their conference tournaments.

Others like the Wichita State Shockers to complete a perfect 40-0 run and win the title. Just seven champions in history have ended the year undefeated, and the last time it happened was with Indiana in 1976.

With the field so wide open, this could also be the year a team like Creighton breaks through. The Blue Jays have the best offense in the country, according to Pomeroy, and are led by senior forward Doug McDermott, who is now in the top-five in all-time career points. If Creighton is hitting from behind the arc, watch out.

These teams (and about 12 more) all seem to have a legitimate chance at winning six in a row to cut the nets down. Who will do it? Second round action begins on Thursday afternoon.