Oklahoma State could be the first team to upset a No. 1, but first the Cowboys must beat the Gonzaga Bulldogs.

Three of the four No. 1 seeds will be in action on Friday as the 2014 NCAA Tournament rolls into its second day. Thursday featured three marquee upsets by double-digit seeds, setting the tone for what's sure to be a wild conclusion to the round of 64.

The No. 8 Gonzaga Bulldogs face the No. 9 Oklahoma State Cowboys, who might be more talked about as a third-round threat to No. 1 seeded Arizona. Shaka Smart's VCU squad faces a 31-2 Stephen F. Austin team that's won 29 in a row. 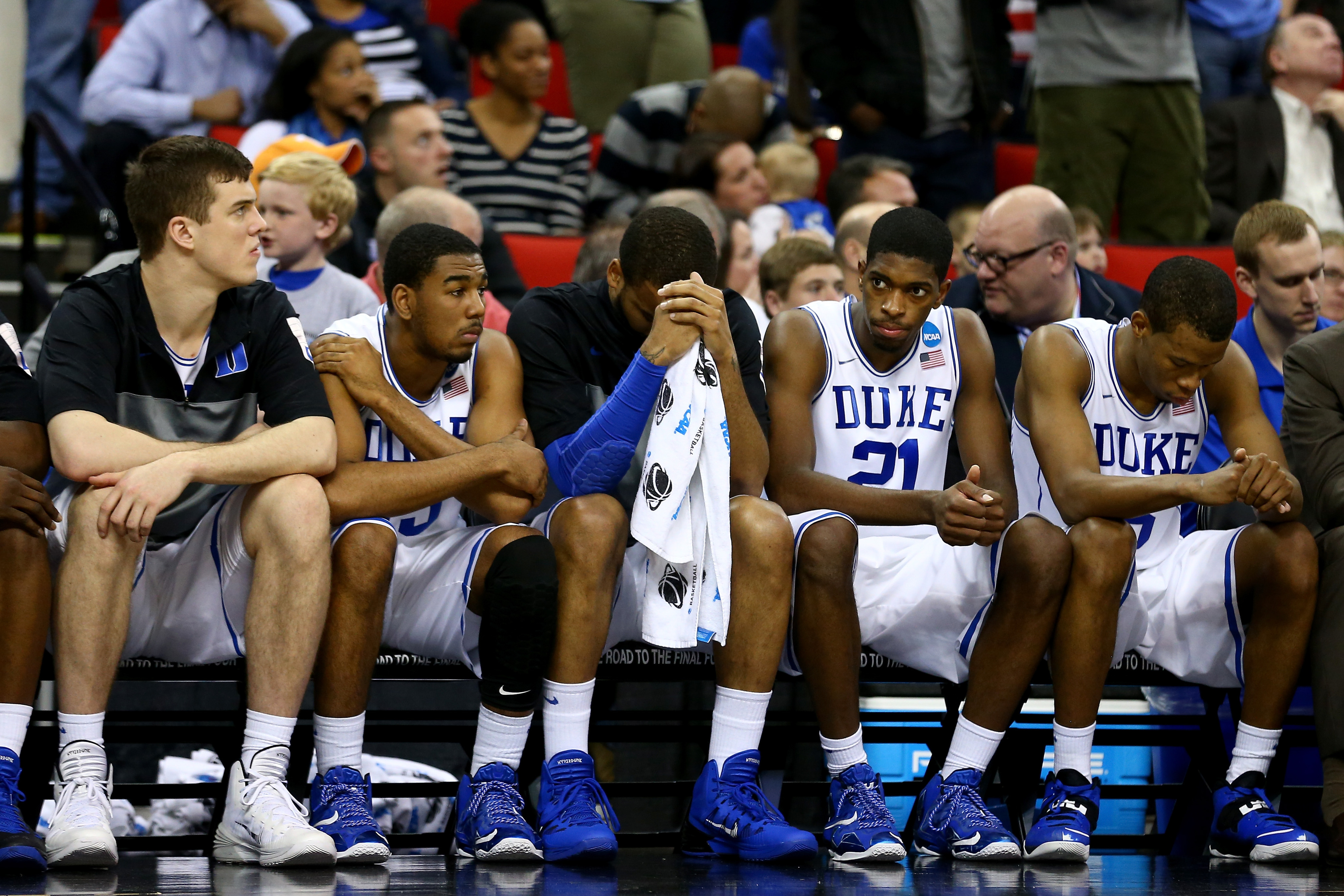 • Full tournament coverage • How Mercer stunned Duke • Get to know Mercer • Best and worst from Day 1 • 64 reasons this tourney will be great • All the betting lines, all the time • TV schedule and announcers • How to watch on Friday • Video: Early upset picks • More March Madness coverage

Some way, some how, OSU guard Marcus Smart pulled his Cowboys out of a miserable Big 12 stretch during the regular season. Following a seven-game losing streak, Oklahoma State went 5-2 leading into the NCAA Tournament and only lost in two overtime battles. Many see the No. 9 seed as a threat to drop the Arizona Wildcats in the second round, but first Travis Ford's squad will need to beat a Gonzaga team that is led by skilled forward Sam Dower, and as usual, well-coached.

No. 12 Stephen F. Austin vs. No. 5 Virginia Commonwealth

VCU once found itself in a similar place as Stephen F. Austin, the unknown mid-major. But after tournament success, the Rams moved up the conference chain and now find themselves as a well-respected member of the Atlanta 10. Treveon Graham leads Smart's team with 15 points per game, and it'll be a battle between he and Stephen F. Austin guard Jacob Parker, who is likewise a swingman thriving with an undersized team that plays at a hectic pace.

Two talented but erratic teams meet in the second round of the tournament, but the pressure is all on Kentucky. A year after missing the NCAA Tournament, John Calipari has a revamped roster that has likewise struggled to put its talent together in a single season. Then again, the Wildcats are coming off a 61-60 loss to No. 1 overall seed Florida in the SEC title game. Bruce Weber's KSU Wildcats have their work cut out for them with three losses in a row heading into the Big Dance.

The rest of the schedule (ET)