The Flyers knocked off Jim Boeheim's squad, while Michigan and San Diego State also punched tickets to the next round.

Dayton has taken down another powerhouse, beating Syracuse 55-53 to reach its first Sweet 16 since 1984. The Flyers previously beat Ohio State, and are the only team from their home state left in the NCAA Tournament.

In a back-and-forth game, Ohio State transfer Jordan Sibert nailed a deep three to put Dayton up six in the final minute:

Tyler Ennis had a chance to win the game with a three at the buzzer, but the shot clanged iron and sealed the upset:

Sibert finished with 10 points, including three triples. Dyshawn Pierre was the hot hand for Dayton, tallying 14 points on 5-of-12 shooting. The Flyers as a team were money from behind the arc, sinking seven of their 16 three-point attempts.

Ennis finished with a game-high 19 points, shooting 7-of-21 from the field. Sharpshooter Trevor Cooney was ice cold, shooting 0-of-4 from three-point range. As a team, the Orange put up a goose-egg from behind the arc, missing all 10 attempts.

Dayton awaits the winner of Kansas and Stanford in the semifinals of the South region. 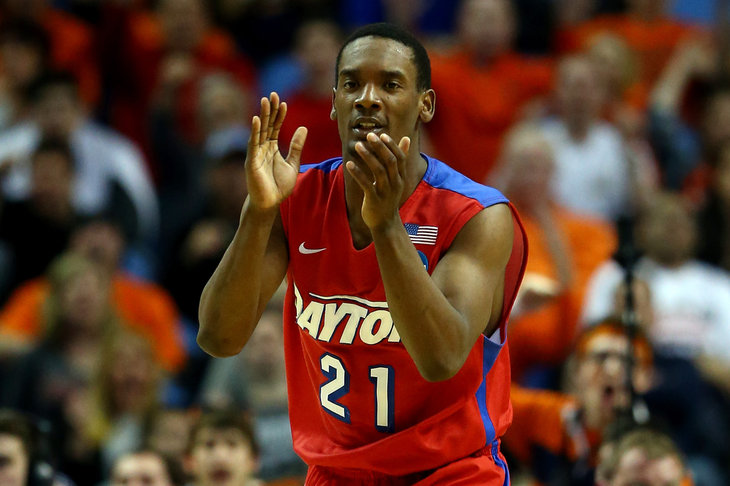 The Wolverines made it rain on Texas Saturday, setting a new school record for three-pointers made in an NCAA Tournament game with 14. Nik Stauskas his three early, then started moving the ball around to his open teammates. The All-American candidate finished with 17 points and eight assists. Six different Michigan players hit a triple.

Texas just couldn't keep up with the Wolverines, despite Isaiah Taylor's 22. The Longhorns shot just 37 percent on the day, failing to capitalize on the huge size advantage they possessed.

Michigan advances to its second-straight Sweet 16, having finished as the runner-up in last year's Tourney.

Xavier Thames dropped 30 as San Diego State cruised past North Dakota to the Sweet 16. The Mountain West Player of the Year fell one point short of his career high, shooting 9-of-19 on the day. Dwayne Polee II added 15, as he and Thames single-handedly outscored the Bison.

North Dakota State's Cinderella run came up short after shooting just 32 percent from the field against the Aztec defense. Kory Brown finished with a team-high 13 points.

The Aztecs reach the Sweet 16 for the second time in school history, having previously gone in 2011. SDSU has never been to the Elite 8. 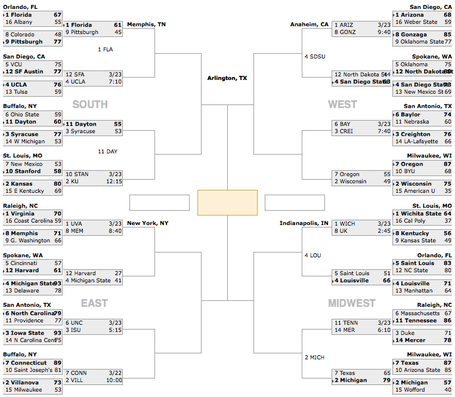