We’ve got our bracket. The NCAA tournament is now officially underway, but it's never too late to fill out a bracket.

Three of the most exciting weeks in sports are upon us again, and that’s pretty cool. So here’s a printable tournament bracket, available for your free downloading and use. It's updated through Saturday at the Final Four, with only the championship game left. 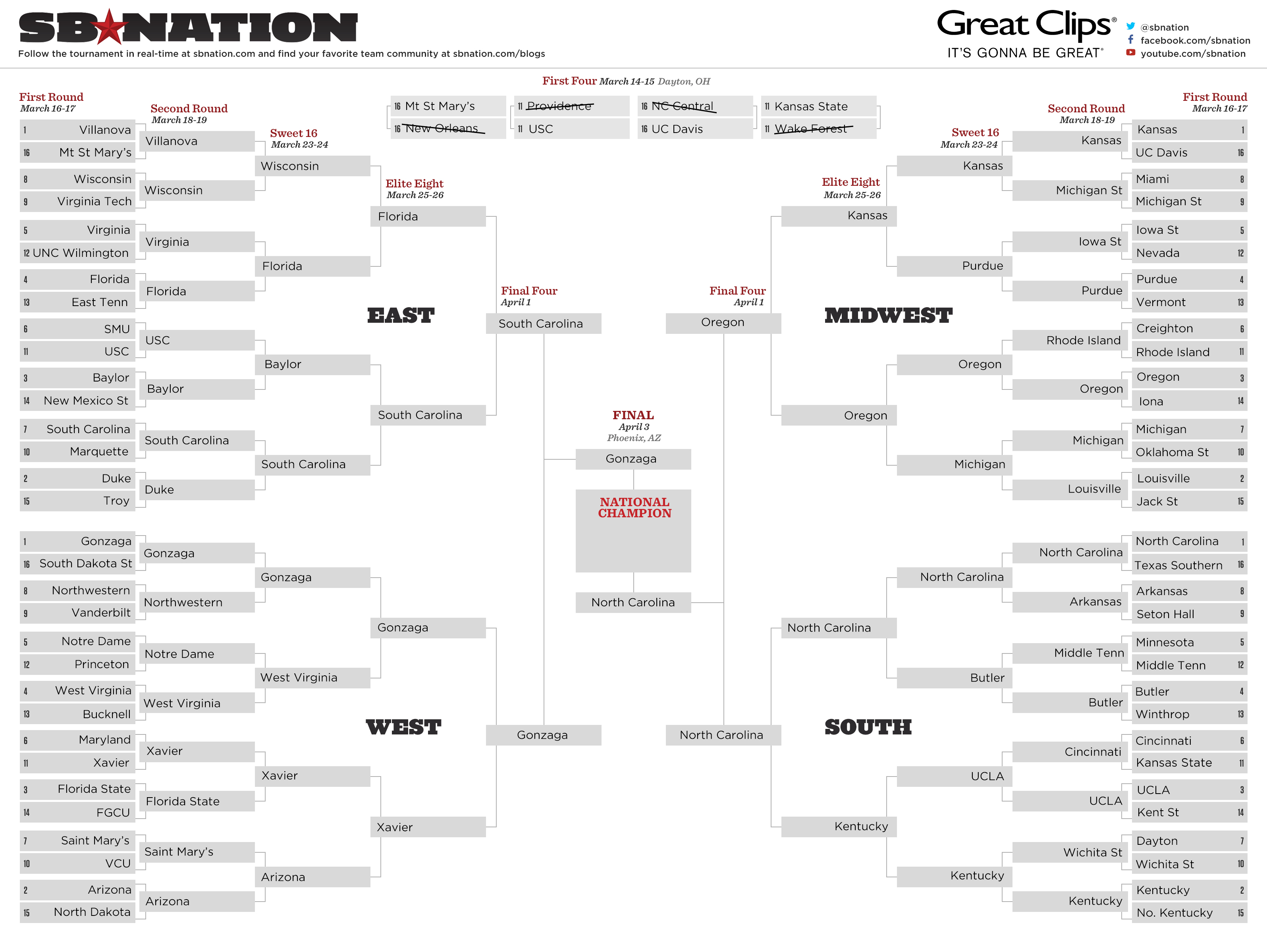 It’s easy nowadays to join a bracket contest online. Many of us will do that, myself probably included. But personally, I think it’s more fun to print out a bracket, write out all of my picks in black ink, and then post it on my bedroom door for a few weeks. Then I print a blank bracket and mark it up with highlighters as the tournament rolls on. And I’m not old-fashioned at all. It’s just a fun thing I like to do.

The tournament is always hard to pick. Millions of brackets yield no more than a handful of perfect ones every year. This year feels especially difficult to peg because college basketball hasn’t had a singular dominant team in 2016-17. It’s had some teams get close, though they haven’t been as consistently great as the best teams in certain recent years.

Gonzaga spent much of the year atop the polls, but the Bulldogs haven’t answered questions in some pickers’ minds about their strength of schedule. Kentucky and Duke, maybe the two most talented teams, haven’t been invincible. Duke’s been downright average at points, and got knocked off in the second round to South Carolina. They weren't the only No. 1 seed to fall in the tournament's first weekend, as top overall seed Villanova succumbed to Wisconsin in Round 2.

There were upsets because there are every year, but it's hard to be all that surprised by most of these outcomes.

The Final Four starts April 1 in Glendale, Ariz., at University of Phoenix Stadium. The guesswork involved in figuring out which teams will be there is even more daunting than usual. That’s a shame for those of us filling out brackets, but the payoff will come in the form of a tournament where anything can happen.