Share All sharing options for: Jordan Jenkins Set To Choose Between Alabama, Auburn, Florida and Georgia

Jordan Jenkins is one of the most talented defensive end recruits in the country. The Harris County High School (Hamilton, Ga.) is set to make his decision Monday night. The 6'4", 242-pound Jenkins spoke with SB Nation about his experience at the Under Armour game, and his final decision.

On playing in the Under Armour All-America game:

"It's a big step. It's definitely getting me ready for the next level. With the better competition, you really gotta work on your technique. One slip-up and you're beat. I got beat once or twice because I didn't use my hands or because I got high. You have to be on top of your 'A game' or you'll get beat."

Who was the toughest offensive lineman you faced all week in practice?

"[Andrus] Peat. He was the toughest. He has long arms and is big."

When do you plan to announce and which schools are you still considering?

What are you looking for in a school?

"Somewhere where I get along great with the players. I want the area to have a nice feel to it. And I want to get along well with the coaches. Somewhere that feels like another home to me." 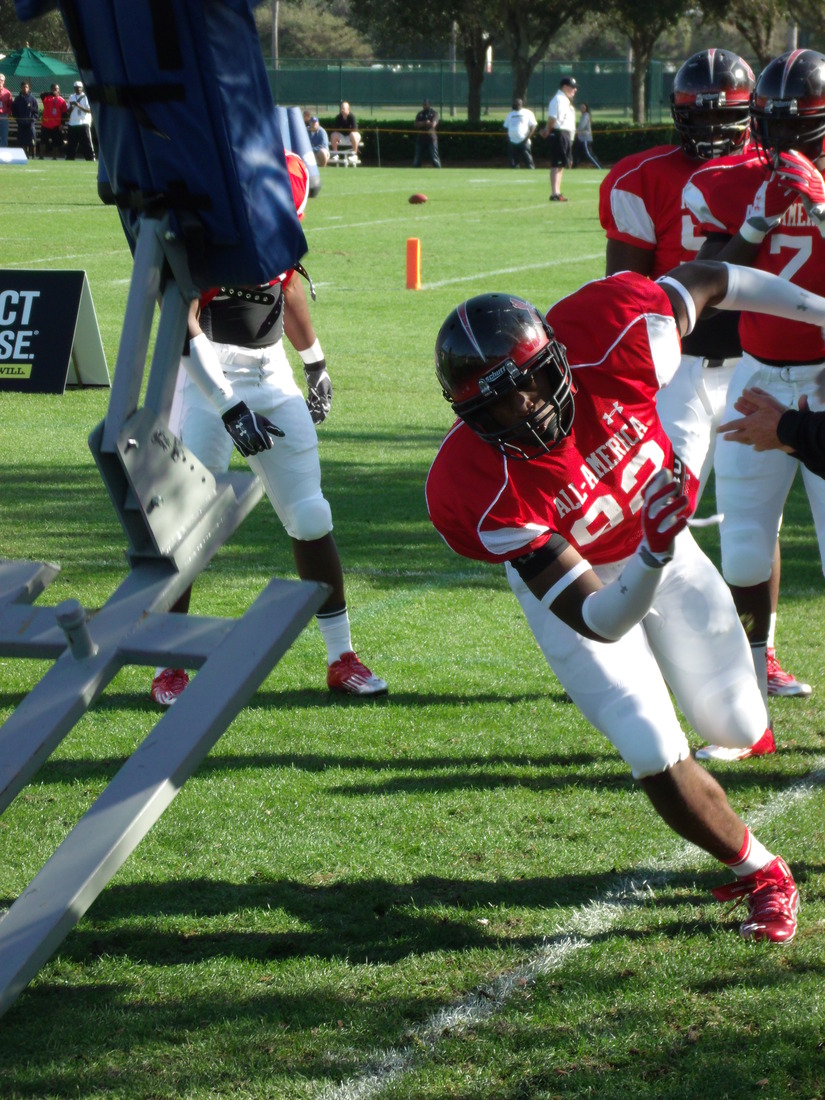 Scheme wise, do you want to be up in a two-point stance (outside linebacker in a 3-4 defense) or down in a three-point (defensive end in a 4-3)?

What do you want to study?

"Engineering. [In-state] Georgia Tech had the best engineering school, but it was not a good fit for me. But I am going to study engineering."

What draws you to each school?

"I really like Alabama's coaching staff, and I like the feel of Tuscaloosa. Auburn is close to home and also has a good feel. I like Florida's engineering program and the location. And I have a good relationship with the coaches at Georgia, as well."

Do you already have your mind made up?

"I have a good one or two. I have to make sure I have the right decision. We're going to lay it all out when we get back, and look at all the stats for each school, and make the right choice."

The Hurry Up, Jan. 9: College Football Headlines For Monday