How to recruit an 8th grade football player: Tips for Alabama and LSU

Nick Saban and Les Miles have allegedly offered scholarships to the same 8th grader, which led SB Nation to wonder: what recruiting pitches would have worked on us when we were kids?

Share All sharing options for: How to recruit an 8th grade football player: Tips for Alabama and LSU

It's not surprising 14-year-old Dylan Moses has received the attention he has after already claiming scholarship offers from Alabama and LSU. Nick Saban and Les Miles know the game better than anyone, and if they're really offering the 6'1, 215-pounder, they're not just doing it to get a kid some publicity.

But just how do you recruit a middle schooler who is focused on plenty of other things, like how to fit in, impressing a crush, games, internet things, technology, R-rated movies, how to get rides to and from anywhere and why the hell I'm being forced to read like 10 books this summer who wants to read A Tale of Two Cities anyway can't I just look at the SparksNotes I have two-a-days coming up and I just want to lay in the basement where it is air conditioned this just isn't fair at all it's like I don't even have a summer vacation I just can't take this I can't wait to get out of this town?

We turned to the experts at SB Nation to get their takes on which recruiting tactics would have resonated with them when they were in 8th grade. Feel free to post your own 8th grade recruiting tips in the comments.

I would make sure to get Nick Saban's musical likes. He'd say, "Oh, I like Kanye," and I'd go, "Oh, I guess that's cool for an old person, since I'm really into Gunplay."

Then the next recruiting visit he'd have read some P-Fork, and done his research, and come back with, "I can't believe Def Jam signed Trinidad James," and I'd be like "Don't be classist, the Dirty South keeps it real, man."

Then Saban would look at me and say, "You have no friends, skills, or assets, and substitute a fluid snobbery and trivial expertise for a soul. If you could not play football, you would have no friends, and would sit at home watching basic cable for so many sad hours of the day."

And then I would cry and probably commit to Ole Miss because Hugh Freeze paid me to.

A little GoldenEye would be awesome, but it has to be an iPod, right? An iPod would have swayed me a good bit, especially if Nick Saban could've gotten it to me before Napster shut down. Oh, and if he could have had someone give me some tips on how to make sure I wouldn't lose all my music when Y2K came around, that would also help, because being an 8th grader in 1998-'99, I couldn't be sure that my computer would survive.

But growing up in a place like Fort Myers, there wasn't all that much to do. If Les Miles could somehow get me out of class to go fishing, in the 8th grade, I'd probably try to sign right then.

And from a football perspective, it's quarterback. I was destined to play offensive line, but in middle school, I'd need to be told that I was being recruited as a QB.

Having done his homework, Nick Saban would arrange for me to hang backstage at a Metallica show. No tickets with a face value, just a couple of laminates from his "buds in the band." I'd watch them play "Sad But True" jazzed out of my mind, looking at everyone around me and continuing to say, "Friggin 'Tallica, bro!" Until they all inched slowly away from my awkward headbanging.

Not to be outdone, Les Miles would show up at my door with "his good friend" Dave Mustaine, who would give me a two-hour private guitar lesson and fake precisely one half-smile that was more of a grimace.

Saban, furious, would arrange for me to meet a Muppet. Game set match, Nick Saban. 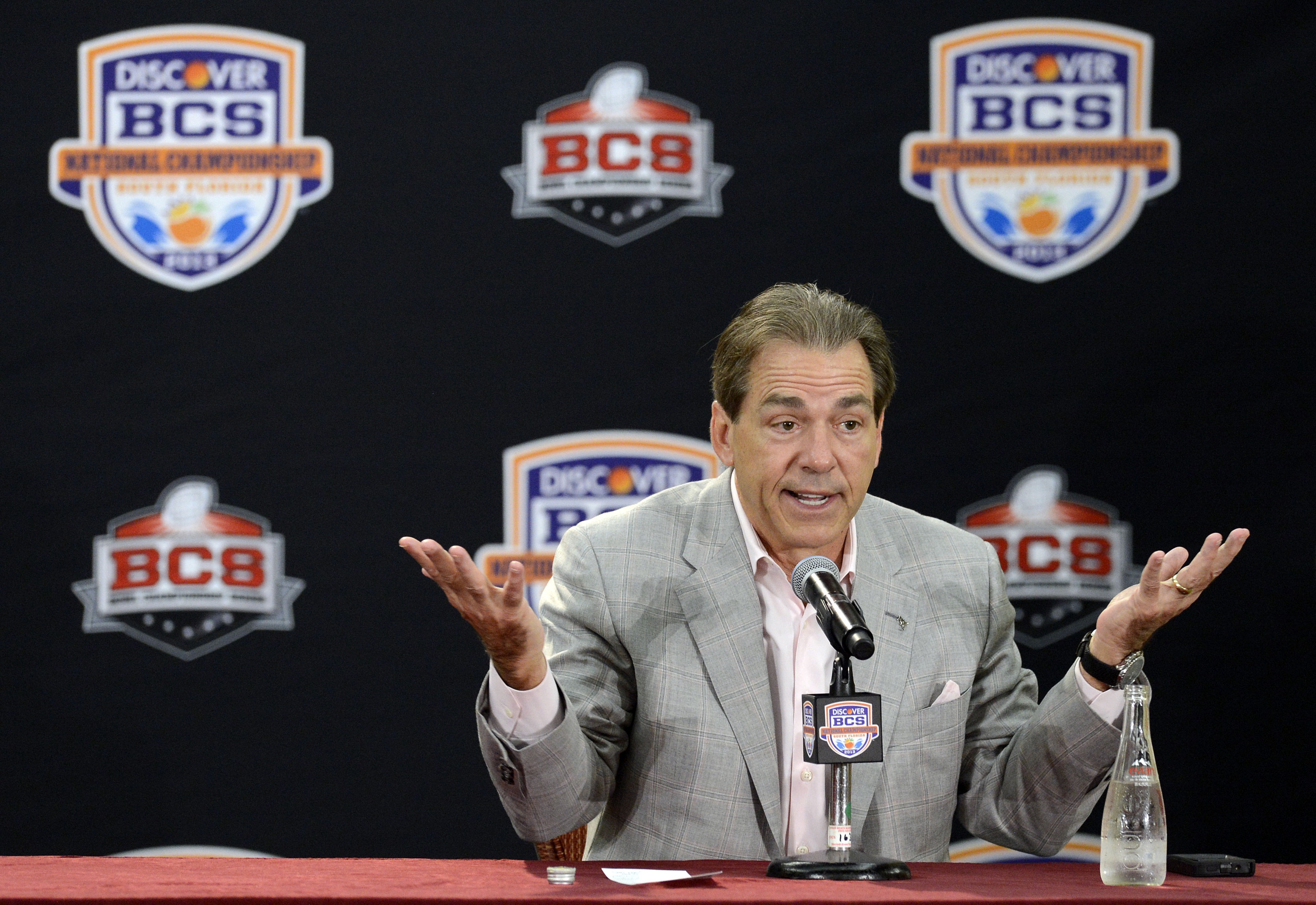 Nick Saban calls me on the phone one day.

"Hey, chief," he says, "we think you're awesome at football, but also we've heard that you're really good at making custom Warcraft II maps, and I need to see this for myself."

When he arrives at my house, I show him a level map I designed of the United States, which he praises as "incredibly realistic and well-done."

Upon noticing that my computer is incapable of playing the game's opening CGI sequence, he steps out and returns an hour later with a custom-built Gateway 2000 desktop.

"Here you go, pal. This oughta do the trick!"

"If you commit to Alabama," he says, "I'll pull some strings and make sure you get a column in the school paper so you can review video games and answer reader questions about video games. Oh, and give video game tips and advice. And come up with ideas for new awesome video games."

I commit as we watch Warcraft II's opening sequence and speculate that "one day video games are going to be just like movies."

I might've tried to make a big show of not being scared of Nick Saban, so I might've just committed to him on the spot to prove my fortitude in Christ and then hid behind my dad's gun cabinet.

Saban probably would've had to work at it, though, likely by promising me his football program could get me into the NBA (no Georgian was aware of the NFL in 1996), talking me out of buying the Sega Saturn I'd immediately sell anyway, setting up a youth pastor-chaperoned Method Man concert date with this girl Becky, and making sure I heard from that one notorious Alabama booster who runs a used backwards hats and Surge soda lot.

And if he won't let me return punts (I like to view myself as a Jim Leonhard-type), that's gonna cost him a closet full of oversized teal T-shirts.

Les Miles could've won my commitment by, like, flubbing a card trick and botching a fart joke and then calling me five years later on National Signing Day. Unless Steve Spurrier called. 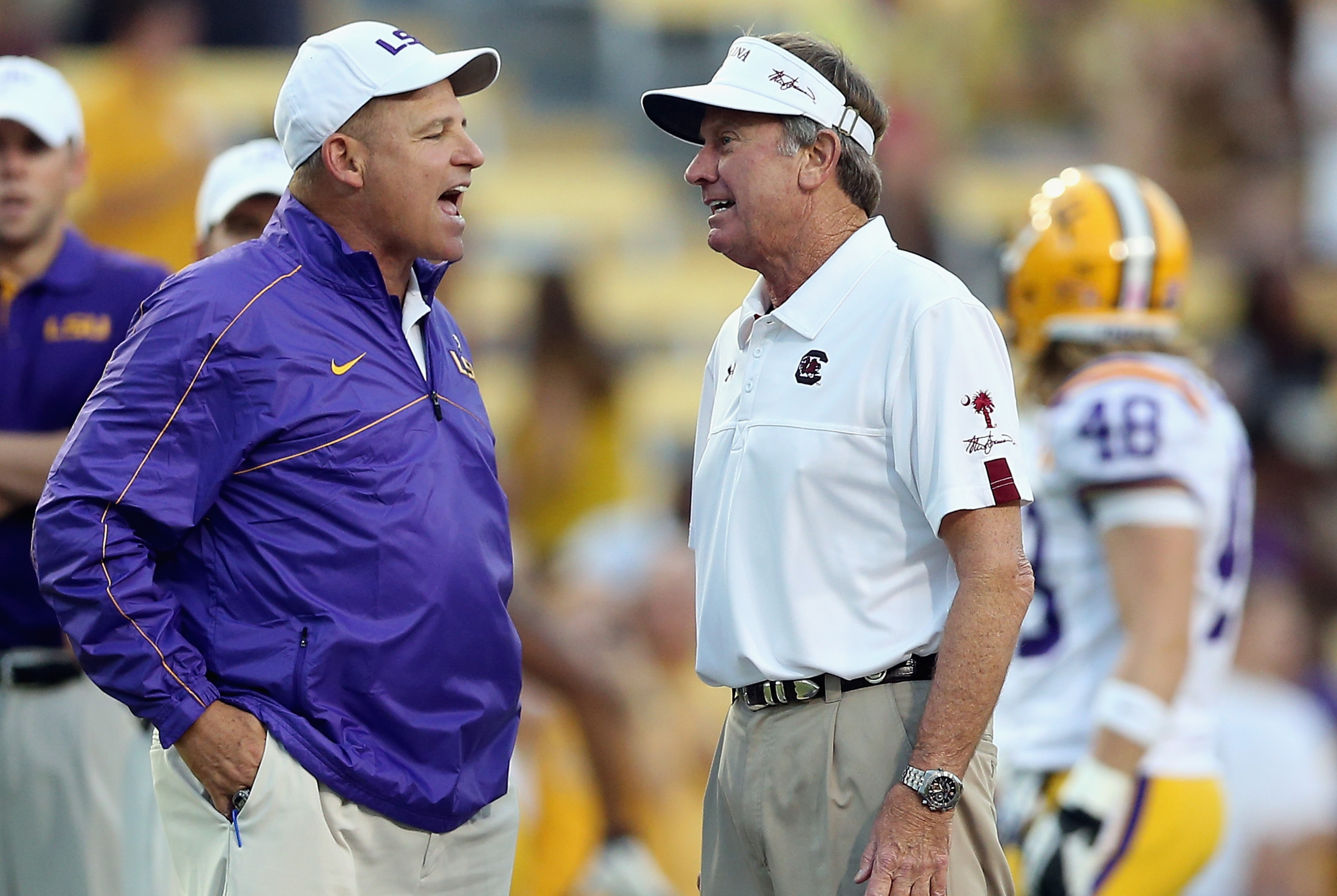 I would commit to whoever could help me grow past five feet tall. :(

Ok, I'm going to review it one more time. Seriously, pay attention, because if we get caught and my mom finds out she probably won't let me go to Dave's laser tag party. 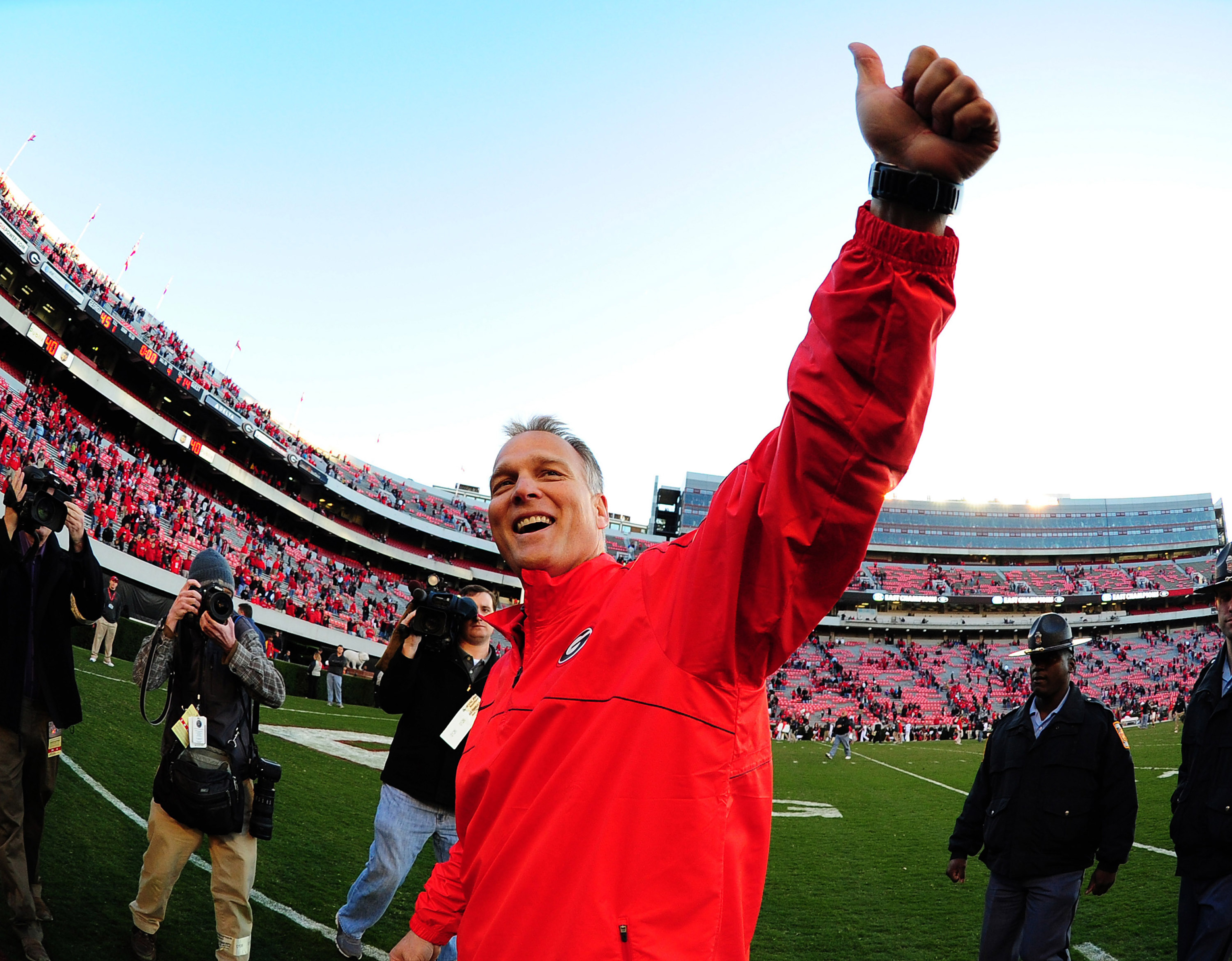 Bringing the Whalers back probably would have been the best recruiting tool on me in 8th grade, but that would've cost like $200 million, and I don't know if boosters have that kind of walking-around money.

Probably a new hockey bag (mine smelled really bad) and making my parents get a DJ instead of a band at my bar mitzvah.

Eighth-grade me cared about only two things:

What could a college coach offer there?

Perhaps some broke-ass ACC School like Boston College would offer me an extra memory card and a copy of We Are The Streets by The LOX. But this is the SEC we're talking about.

First, Les Miles would invite me down to Baton Rouge, and then after the visit he'd arrange for me to play NFL 2K1 at Cash Money studios for an entire afternoon. Cool.

But then maybe Saban would turn around and get me backstage passes to the Up In Smoke tour with Eminem and Dr. Dre. So, okay. Awesome. How does Les top that?

He goes and gets me on the Cash Money bus for the Cash Money/Ruff Ryders tour, and now I'm playing 2K1 with the Hot Boys for two straight weeks.

So ... Saban? He buys me my own Cash Money bus, and it comes fully equipped with a recording studio, a studio engineer, and the rapper B.G., rented for the year. Then I continue touring with Cash Money, and my bus becomes their auxilary video game bus.

Then Les Miles comes back with a $150,000 Cash Money chain and I say, "Not good enough son. Coach Saban bought me a bus and the motherfucker who made 'Bling Bling.'"

Les Miles takes a deep breath. "What can we do here?"

I say I'll think about it. I hit up the tour bus computer to go on AOL, search around a little bit. After about 40 minutes, I e-mail him back. "Coach, tell me about the tiger."

He calls back 30 seconds later. "What about it?"

"P is a straight BUSTER, that's why. Talking this shit about runnin' New Orleans. How he made this city, put the 504 on the map, man fuck that. We NATIONWIDE out here, we filled Conseco Fieldhouse last week. Conseco fuckin Fieldhouse. Thirty thousand motherfuckers from Indianapolis yelling "Bling Bling." We do this shit every night. We sellin' out arenas, kissin' babies, signin' titties, and P thinks we should thank him? Nah son. Fuck all that."

Dead silence on the other end of the line.

I hang up and go back to playing 2K1 with Juvenile and the Hot Boys.

Three weeks later a moving truck shows up at my house with a caged Mike the Tiger in the back and Master P tied up in the front seat. But I just left the tour, I'm home to my family, and I'm thinking. Suddenly I'm sitting there like, "Is this really what I want to do with my life?"

I start thinking about Master P tied up in the front seat.

I start thinking about Lil Romeo.

"Do I really want to feed Master P to this Tiger?" I ask myself.

"Do I really want to watch Lil Romeo grow up without a father?"

That's when I decide this lifestyle isn't for me.

I untie Master P, tell Les to come pick up his truck, and slowly take off the Cash Money chain. It's over.

I call Boston College and commit on the spot. SEC recruiting was great, but in the end, I had to stay true to myself and do what's best for my family. And Master P's family.