National Signing Day 2013: How top recruits should make their announcements

Putting on your school's hat? Really original, you elite high school football player. Here's how you should let the world know where you'll be playing college football.

Share All sharing options for: National Signing Day 2013: How top recruits should make their announcements

Signing Day is upon us! That means the nation's top recruits will take the stage to tell the world where they'll begoing to college.

It's a moment filled with drama, but it's a routine. Most of these dudes will probably play the old hat game - four hats on a table, smile, say something like, "I'm gonna be a [mascot]," grab a hat, and say, "[school cheer]." But that's so damn boring. You only get one or two or three opportunities to announce your college choice! If you make the NFL, they're gonna announce who you play for for you. Take this chance to be original.

More: Where the top 60 will commit National recruiting news

Knowing what we know about these recruits, here's how we think the top 10 announcing live on Wednesday should make their commitments:

Three people sit in a circle, wearing hats: Hugh Freeze, Les Miles and Will Muschamp. Nkemdiche walks around them, tapping each one on the head.

"Dabo... Dabo... Dabo," he says before shouting, "Hugh!" and scampering around the circle and back into his spot as Freeze scrambles behind. To make it even cuter, Nkemdiche is followed by a long line of slightly smaller kids.

He's been committed to Auburn since before it was cool. I'd love to see him play the hat game with an array of stylish Auburn hats: berets, fedoras and the like.

Fellow top commit Reuben Foster got an Auburn tattoo, then decommitted. The nation's top cornerback prospect should commission a tattoo artist on stage to ink him up for life. Our artist would need to be a skilled showman and tease the logos of Clemson and Mississippi State before Alexander spins to reveal WAR EAGLE already tatted on his other arm. This only works if Alexander is okay with never being allowed to be buried in a Jewish cemetery.

He'd have my heart forever if he just held up this sign: 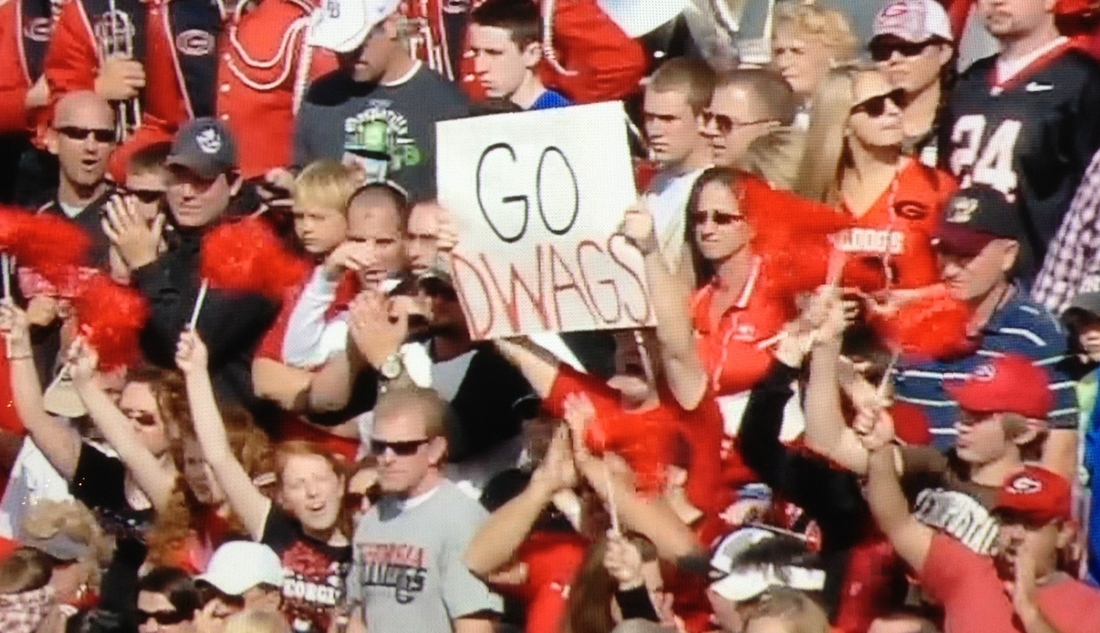 SB Nation's Bud Elliott writes that this is "truly a coin-flip decision" between FSU and Miami. "A coin-flip decision" is an expression for a reason: some decisions really are 50-50, and it's best to let evenly weighted, two-sided currency decide things for you. Simply have an anonymous Miami booster who has had half his face burned off in an unexplained accident supply a coin and someone from FSU call it in the air. Nole Country for Old Men.

It's unique enough that a top recruit has committed to Clemson and not reneged on it, so he doesn't really need to do anything else to make this interesting.

The bar for player announcements was set by Isaiah Crowell and his tiny English bulldog puppy. Some Star Wars fan out there has to have bred a baby Admiral Ackbar for this 6'1 safety to display while committing to Ole Miss. Here's an extremely poor Photoshop artist's depiction of the event: 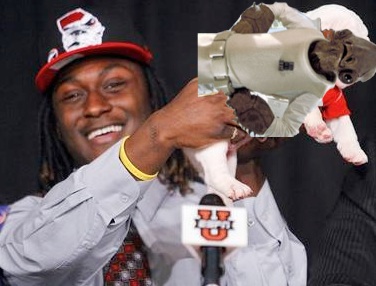 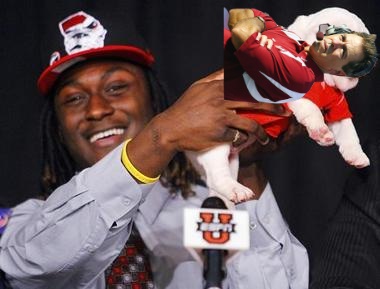 Kamara, dressed as an early-30s woman from detergent commercials, enters with two dirty towels, putting one in a washing machine filled with Competing Brand (Georgia) detergent. In the other? Tide. RUN THE DANG WASHING MACHINE.

Coley's choice between Florida State and Miami was made even more complicated by James Coley, Florida State's offensive coordinator, leaving for Miami earlier this month. Although the Coleys are of no relation, the recruit should confuse reporters by having a paid female actress play his mother alongside Maury Povich, with the offensive coordinator entering to massive boos. A loud, angry argument ensues while cameras show the younger Coley backstage, head in his hands. And when the test results are in, Maury opens the envelope... IT'S JUST A BIG ORANGE-AND-GREEN U THE CROWD GOES WILD. Elliott predicts Coley will go to Florida State, but that's stupid and screws up my storyline.