The things grown men will do to impress young men.

Florida Gators offensive coaches have been cranking out shitty Photoshops on Twitter and Instagram for about a month now. It's all being done for recruiting, because high schoolers like to laugh at shitty Photoshops just as much as you do.

These days, most coaches are on Twitter. They tweet photos of themselves being stately, motivational quotes from movies released in the past two years that they absolutely have not seen, Bible verses, and whichever hashtag the kids are using today that isn't about sex.

But it all went off the deep end for Florida right around here, when Joker Phillips alleged that any of these hashtags were trending. This is like when pro wrastlin' claims Alberto Del Rio Vs. Dolph Ziggler For All The Tortas Gotta Pay Money To See It is trending worldwide two seconds after that match is announced.

But then the 'shops began. They weren't so bad at first.

Then they were bad.

As everyone in GatorNation awoke. The Joker awaits everyone on the field to come out & play #comeplaywrforthejoker twitter.com/jokerphillips/…

So for a while, we thought it was at least contained to Phillips, or at least to Phillips and his baby KISS cover band.

First response to the following 'shop on Twitter: "We're gonna crack the top 100 in offense this year!"

Running backs coach Brian White joined in by imagining himself or you or someone else as a racecar, specifically a kind of racecar that cannot turn or avoid traffic and will only result in immediate flaming casualty if asked to run Power: 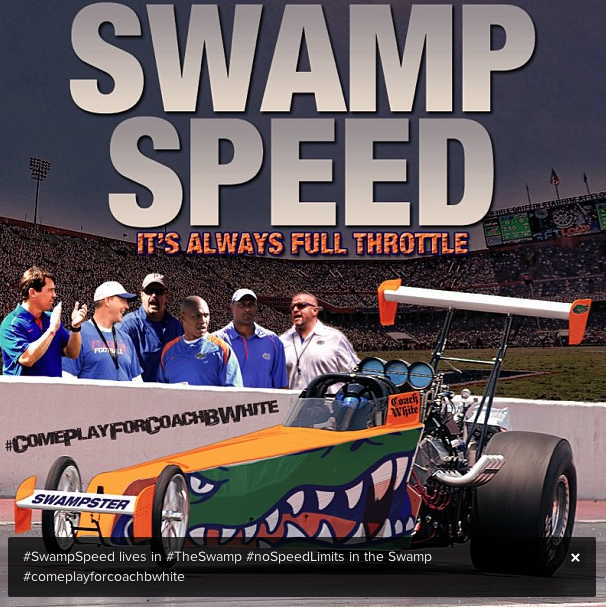 A coach at Florida (justifiably) touted something that happened at Boise State. To imagine that happening 10 years ago is to feel your brain leaking out of your ears.

I coached #KellenMoore, one of the best QBs in CFB history. Who wants to be the next legendary QB I coach? twitter.com/CoachPease/sta… 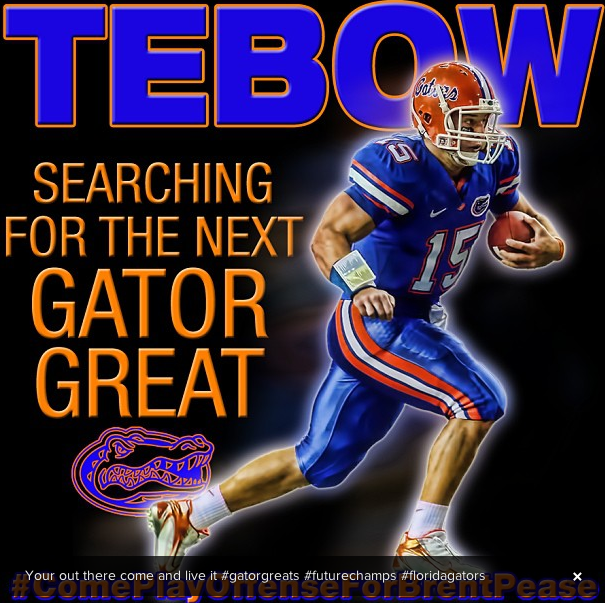 Then this one happened, and I want to point out something contained in a previous installment of the Gatorshopverse canon as we work to process it:

This is what the "standard" is, according to the rules of the fiction we're in:

Tim Tebow is Harry Potter, and so are Steve Spurrier and Danny Wuerrfel.

At this point, it became impossible to process what is real and what is not real. Is this a 'shop?

Surely this is a 'shop?

Even the batman wants to play for the joker! #ComePlayWRForTheJoker twitter.com/jokerphillips/…

And we haven't even gotten to offensive line coach Tim Davis yet. Coach Davis likes movies and TV shows about swords and armor and dragons. 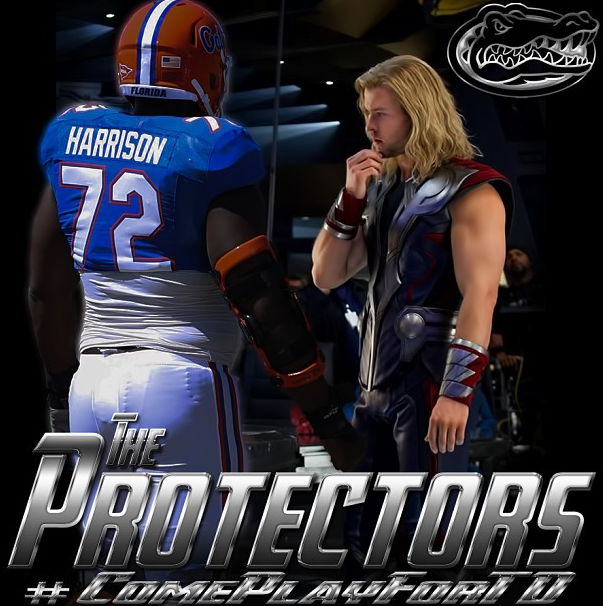 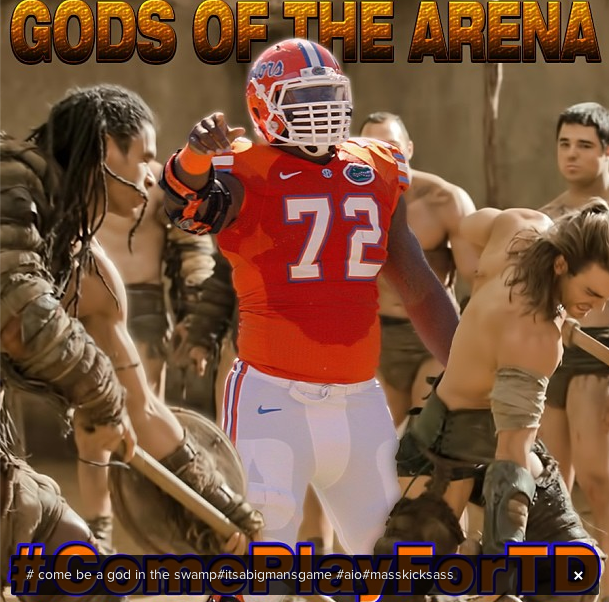 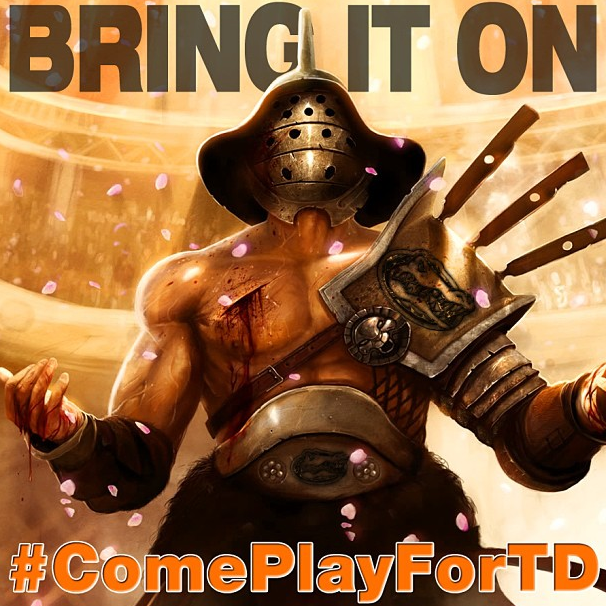 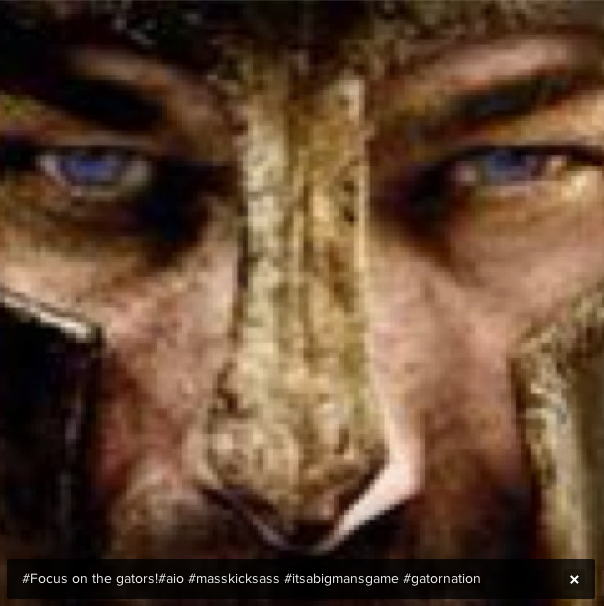 I didn't blow that last one up or zoom it in at all. That's the image Davis shared in all its resolution and glory.

All that gods and swords and shields stuff makes this one my favorite of all, as it has no gods or swords or shields:

Where can Florida possibly go from here, and why has Mega Man not been used yet?

Oh, there's also one implying Will Muschamp has written a book, with its foreword written by a strength coach: 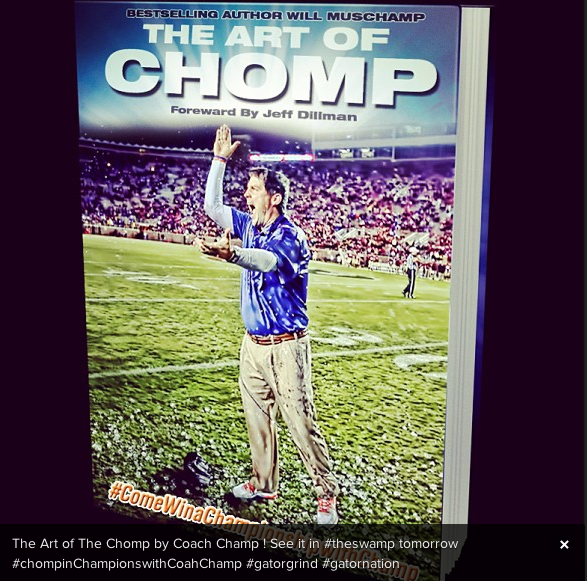