Could LSU's 2014 football recruiting class be the best of the five-star era?

The Tigers could bring in their best recruiting haul ever, thanks in part to a loaded Louisiana and some tough borders.

Share All sharing options for: Could LSU's 2014 football recruiting class be the best of the five-star era?

Of the 36 2014 five-stars listed in 247's Composite database, LSU already has a commitment from one (Texas safety Edward Paris), something only nine other programs can claim. And it's considered the favorite for five other five-stars -- including the national No. 1, New Orleans running back Leonard Fournette -- and a very strong contender for another.

The Tigers have long recruited well, averaging a 7.91 Composite ranking since the beginning of the recruiting ratings era, but this year's class stands the chance of topping even their 2009 class, which ranked No. 1 and produced NFL Draft top-10 picks Mo Claiborne and Barkevious Mingo.

If everything broke Les Miles' way, it would likely be the best-ever class on record, anywhere. And things have broken Les Miles' way before. Almost eight months worth of ifs and maybes remain until Signing Day, but the opportunity's apparent.

More: Don't count out LSU on the field Recruiting names for LSU fans to know

The state is booming

Part of it is luck of the draw. Louisiana fields four five-star players in the Composite, more than double the state's usual average. It also has 15 four-stars, almost four more than its average. It's one of the biggest upticks in the country.

Among states with multiple 2014 five-stars, here's how each compares percentage-wise to its average annual output, based on the previous five years:

Kids from Louisiana are often underrated as well, probably because they don't always travel to scouting events held in places like Texas, Atlanta and Florida. When all is said and done, there may be as many as 30 four-star-type recruits from the state.

LSU also has the advantage of being the only school in a state listed above to lack an in-state BCS rival, other than Maryland. The commonwealth of Virginia's talent is historic this year, but both the Cavs and Hokies have to fight each other before even worrying about intruders. 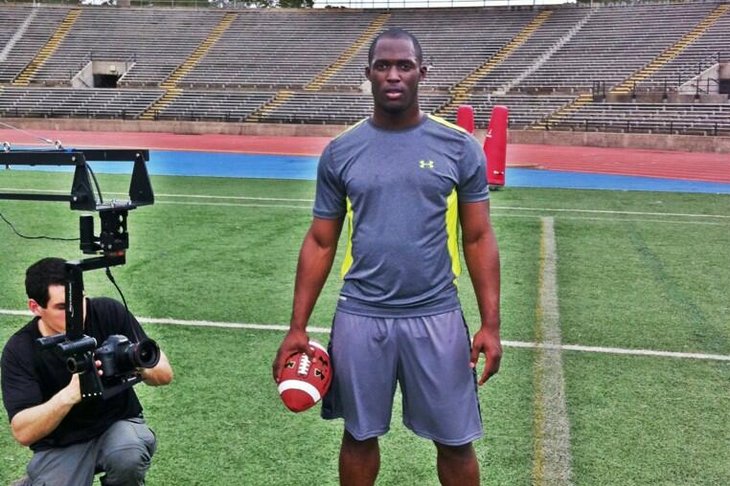 The Bayou borders are locked

"Besides LSU being the only football power in the state, it's the default dream school," says And the Valley Shook's Paul Crewe. "Obviously we've seen other programs still come from time to time and pluck a recruit or two (most notably as of late, Joe McKnight to USC and Landon Collins to Alabama). But by and large, people born in Louisiana want to stay in Louisiana, if for nothing else than state pride. Being a highly ranked recruit isn't easy. People take it personally."

Like no other state in the country, Louisiana combines both high numbers of elite football talent and only one place in-state for that talent to go. Texas, Florida, and California have more players, but each also has four or more BCS-conference programs.

Here's the in-border retention ranking of teams that, over the last five years, have competed in states fielding 10 or more 247 Composite four-/five-stars per year (several other programs tend to hang onto more than 50 percent of local elite talent, but there are only a few such players per year in their states):

The obvious flaw in these numbers: California, Texas, and Florida produce so much talent that no one school could lock it all down, simply based on scholarship limits alone. So here are those numbers once more, with a cap at 25 four-/five-star players per year, truly apples to apples:

But guess what? Even if we better account for the power states, LSU's edge is still clear.

Ignoring percentages, which teams bring in the most in-state talent every year? Let's limit it to each state's top 25 Composite players per year. The averages, over the last five cycles:

Why yes, that's Mark Richt completely not losing control of his borders, despite what is often alleged. Also, both Virginia Tech and Virginia look to be in great shape this year (as further evinced by UVa having a commit from No. 1 safety Quin Blanding and Virginia Tech still being in the running for No. 1 defensive end Da'Shawn Hand.) And if you can get a player out of Alabama, you've really done something.

But it's LSU, then everyone else.

This isn't meant to be a look at which schools recruit in-state the most fervently or strategically or skillfully, but rather which ones simply have the biggest advantages within their own borders.

As Bud puts it, "LSU is sort of like that neighbor's yard with the big dog in it. You're probably not going to go over the fence and get your ball back."

How did LSU do this?

The simple answer: the Tigers are the only show in town, and Louisiana's culture is uniquely insular. But even the friendliest circumstances demand execution.

"When you talk modern LSU recruiting, most of the discussion begins with Nick Saban. But he's often overcredited," says Crewe. "It's absolutely true that Saban elevated LSU to an elite recruiting power, but the transition truly began under Gerry DiNardo when he was able to reel in Kevin Faulk."

"In the 90s, even into the 2000s, top-flight players left Louisiana all the time. Look at the names. Warrick Dunn. Marshall Faulk. Ed Reed. Reggie Wayne. Ike Hilliard. Travis Minor. Anthony Thomas. DiNardo started the change, and Saban took it another level."

Frank Wilson, LSU's recruiting coordinator under Les Miles and a New Orleans great as a player and coach, has further courted the state, with his annual Boys from the Boot junior day in January establishing solidarity among Louisiana prospects.

Considering LSU's ranked in the AP's top 10 at some point in each of the last 12 seasons, it's easy to forget the Tigers finished outside the top 10 every year but once since Charlie Mac's 1970 squad. Even with these resources and this culture, LSU still has to outwork its comparably advantaged neighbors, especially now that Texas A&M's nearby (and Kevin Sumlin considers Louisiana territory worth fighting for).

We've got a long, long way to go, and any predictions resting on the whims of 17-year-olds should be made as tentatively as possible.

And even if lightning strikes for LSU in 2014, it'll only give the Tigers the slightest of actual advantages. Texas A&M is challenging for top-class honors, Alabama will surely bring in another gaggle of first-rounders, Ole Miss and Tennessee appear to be back on track, and the rest of the SEC is the rest of the SEC. Nationally, Michigan can make a run at the No. 1 spot as well, especially if it can sign Hand, and Texas is already almost a third of the way done with its 2015 class.

But at the moment, Miles holds the cards.

• FSU player to be suspended for sexual assault charge