Having a lot of talent in your state in great. Not having to fight other in-state schools is even better.

Share All sharing options for: Map shows the states with the best college football recruiting situations

So which states have the most FBS talent per program?

Map here, with full data below: 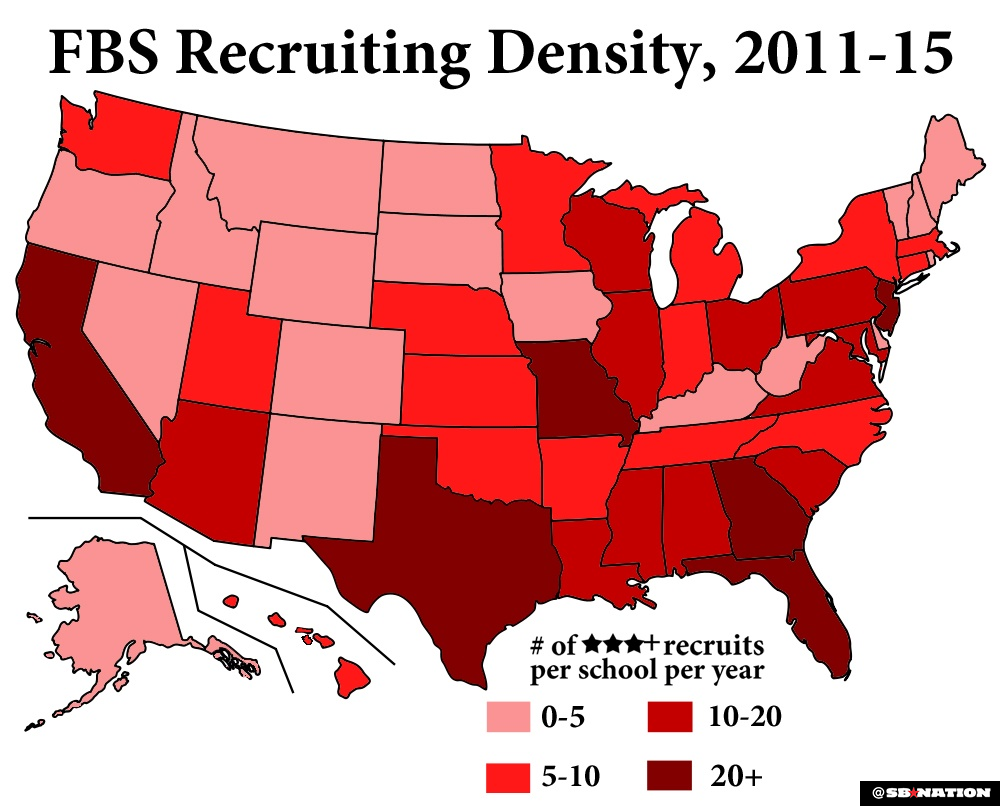 Leading is New Jersey, with 44.4 FBS-level recruits per year and just one program, Rutgers. The Scarlet Knights don't have a history of championships, but there's more than enough talent to sustain a successful program.

Georgia, which only trails the big three in raw numbers, comes in at second place in density due to its relatively small number of FBS schools (four). Missouri, a state that produces more than 20 FBS-level recruits per year with just one program, also rates well.

Despite having so many programs, the big three still rate well here, with Florida by far in front.

Maryland ranks seventh with 36.8 three-star-and-up recruits per year and just two programs, but one (Navy) is a service academy, and those don't recruit all that locally. Virginia also ranks well, and throw in D.C., a tiny area that produces 10.8 such recruits per year. The DMV appears to be underutilized by national powers, and NFL Draft results seem to agree.

On the lower end are Kentucky and West Virginia. Louisville and WVU have succeeded by recruiting Florida especially hard. Marshall does too, while Kentucky's turned to the Midwest in the last couple years.

* D.C. could be included in either of these, but it's in the following list of areas without FBS programs.

** Charlotte's joining this year. Not yet included.