The List: Economy party beverages of the Big Ten conference

The Big Ten is a conference of history and inexpensive adult beverages. Let's review the new landscape.

With the expansion of the Big Ten to include Maryland and Rutgers, the map and listings of most fearsome native party beverages in the Brewer's Conference must be updated. The new list, in no particular order and arranged by school, follows.

Note: all beverages are made in the state they are shown in except for Iowa's, whose laws prohibited the creation of large-scale brewing operations for much of its history. Choice Beer Advocate review excerpts follow. 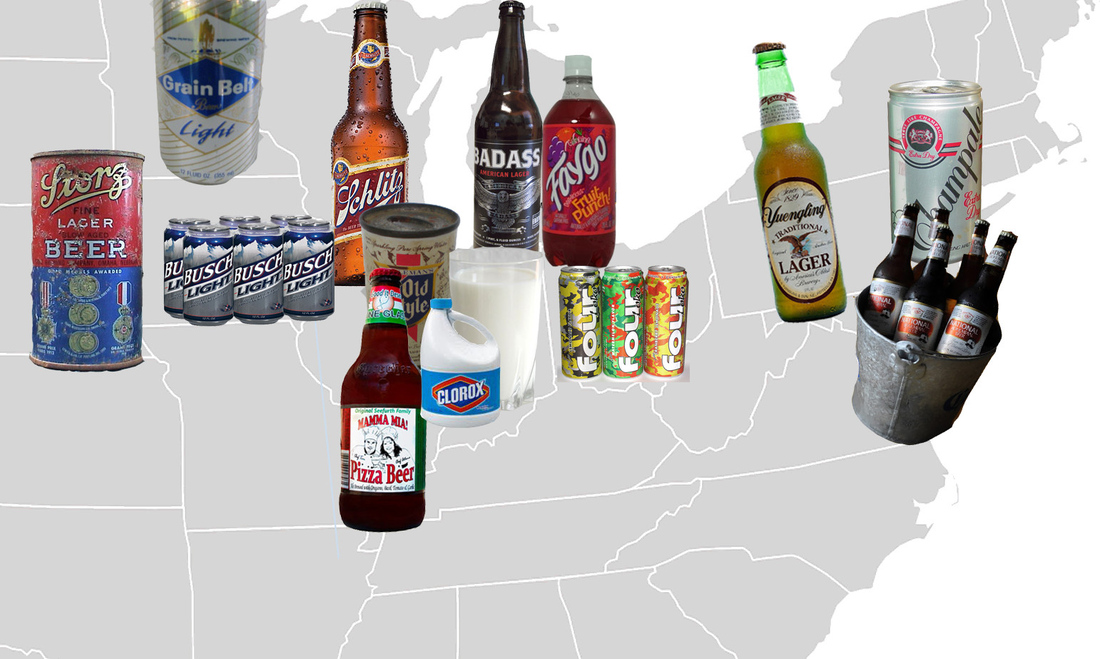 1. National Bohemian (Maryland) "Everything else about this beer resembles pee." "Metallic."

2. Champale (New Jersey) "Do not drink this beer...it should not be legally available."

3. Schlitz (Wisconsin) "Am I tasting hops or the can?"

4. Four Loko (Ohio) No BeerAdvocate review. Sub the Atlantic's verdict: "My Four Loko of choice was lemonade, reminiscent of lemon rinds rubbed in aluminum with a strong aftertaste of vomit."

5. Yuengling (Pennsylvania) "The smell is pretty bad even for macro standards, old sock, corn vomit, cardboard, and rotten fruit round out the smells."

7. Grain Belt Light (Minnesota) "What I can taste is best described as corn chex with a dash of sugar."

8. Old Style (Northwestern) "Feels OK. I like liquids in my mouth."

9. Faygo. (Michigan State) Not a beer, but from Yelp: "My favorite time with this drink was taking a can of Orange Faygo, dumping a shot of vodka in it, and sitting with my good friend who made a Moon Mist and Whiskey and just reminiscing outside of the University's library.

11. Storz (Nebraska) Doesn't even exist anymore, but like Nebraska football players it was once actually made in Nebraska.

12. Busch Light (Iowa) "It's like a mouthfull of fire extinguisher foam."

13. Mamma Mia Pizza Beer (Illinois) "If all the beer in the world except for this was destroyed by nuclear war, I would ferment and drink my own urine before opening another bottle of pizza beer."

14. Bleach (Purdue) From Yahoo Answers, its flavor is described as "like bleach."

Big Ten expansion: Who's next?