But not on the ACC title game.

Share All sharing options for: ACC Championship crowd is riveted and captivated

It's a hard sell when you have a 6-6 team that didn't technically win its division (and lost to Middle Tennessee State earlier this season) taking on a prohibitive favorite of 14 points or more. That's even before you consider this game is for the ACC title, not exactly the most prestigious and electrifying conference title on Championship Saturday.

The game certainly means plenty to Florida State and Georgia Tech fans, morso for a FSU team that is clinging to the chance at a BCS bowl after pre-season hype fell flat with a loss to N.C. State and last week's bitter defeat to Florida. But aside from the usual ACC fun and the schadenfreude of a Noles' loss, the storylines are a bit dull.

Let the pictures tell the story. 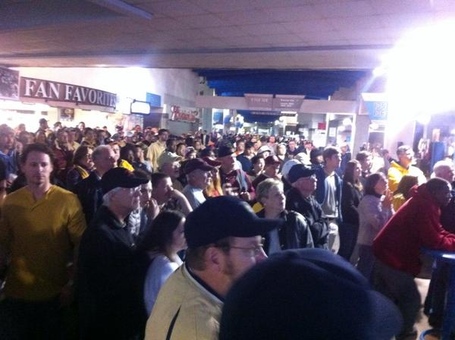 Those are fans at the game, ten minutes before kickoff, packed in front of TVs showing the SEC title game instead of heading to the seats to watch the game they're attending.

So naturally the stadium looks a bit, uhh, sparce. 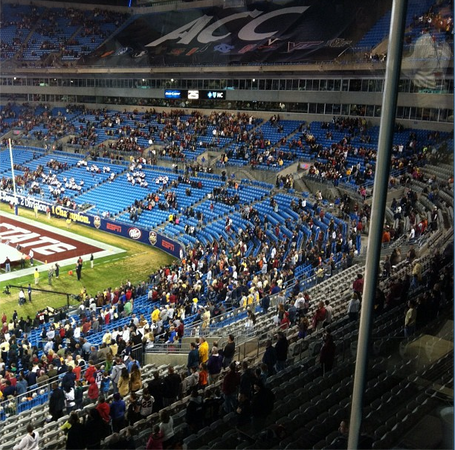 Maybe everybody is just tailgating! That's gotta be it, right? FSU fans are partying hard, getting their final drinks in before the big match! 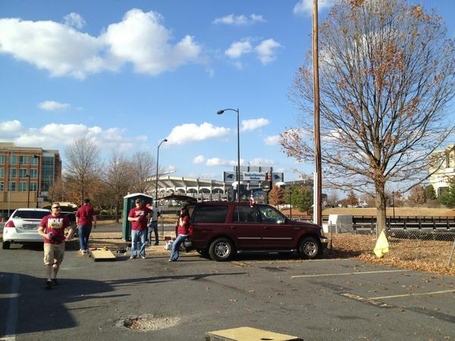 (via @FSURich, who also took the header photo)