Your dad is great and all, but he makes more money than he deserves. Money that ought to go to paying college football players.

Rather than wait for columnists to bait readers into blind Internet anger, we at SB Nation believe in setting the curve ourselves and doing so honestly. On Troll Tuesdays, we attempt to construct the most obnoxious column on earth. Let's talk about your loving, well-meaning father, his shortcomings, and the money he doesn't deserve.

This is your dad. 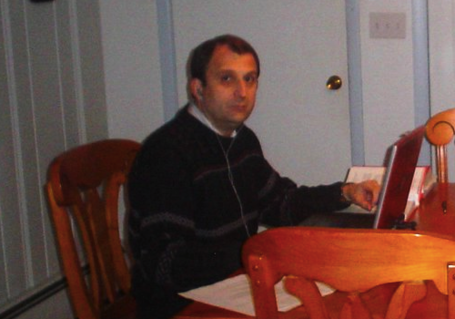 Pictured: Your dad's toolin' around on his "personal confuser"!

I know you love him, and why shouldn't you? He's one heck of a guy. He showed you how to ride a bike without training wheels, or he taught you how to shave, or perhaps he stayed up and talked with you over a cup of coffee on homecoming night after none of the boys asked you to dance. He's always been there for you. Remember the time you got back to your dorm room after visiting day and found he'd left an envelope on your desk? There was $20 in it and a note that said, "Everyone needs a treat sometimes, kiddo. How about you order yourself a pizza pie tonight? No anchovies, blech! Love you and so proud of you. - Your old man." You began to cry. Do you remember that?

I want you to know that I'm keeping all those things in mind when I say that I have observed a financial imbalance of sorts. You see, your dad makes a living wage, and college football players make nothing.

Many top-25 college football programs generate upwards of $50 million each year. Unless a player is lucky enough to arrange some sort of under-the-table deal, he can use exactly zero of those 50 million dollars to buy himself a winter coat or help his family pay rent. His countless hours spent in the gym, bruises and sprains all over his body, and on-field heroics are making someone rich, but it isn't him.

In lieu of actual money, this player receives a free college education, which is an arrangement by which you have to work harder than many people do at their jobs, and in many cases get jobbed into doing your superiors' work for them. But it's all worth it, because

More than half of America's recent college graduates are either unemployed or working in a job that doesn't require a bachelor's degree, the Associated Press reported this weekend.

Meanwhile, your dad works 34 hours a week at the hardware store he's owned and operated since you were young. Business is slower these days, which doesn't really matter since the property was paid off a decade ago. He doesn't generate a terribly large amount of money for his town's economy. Typically, he whiles away his time by working on his crossword puzzles, re-reading Clear and Present Danger, and chatting with old friends who stop by for a box of drywall nails. He rarely works up a sweat, never gets booed by tens of thousands of people, and does not run significant risk of his knee being completely shattered and destroyed.

It's quite a comfortable job. For this, he earns actual money that he can spend to pay actual bills and buy actual things. This is normally what happens when you put in labor, unless you are a college athlete or prisoner.

A college football player's dreams would come true if he could receive a third of what your dad does. Millions of fans tune in to watch this player and his teammates, but the idea of him receiving monetary compensation makes the majority of them indignant, and sometimes even angry. This is partially explained by the fact that most people are selfish and stupid, but how profoundly awful everyone is ought to be taken into account as well.

2. A football player is far more skilled than your dad.

Left: After surveying his targets, Texas A&M quarterback Johnny Manziel abandons the rapidly collapsing pocket and runs an extemporaneous cost-benefit analysis of whether to find a receiver or run with the ball. Right: Your dad's crackin' wise at the hardware store! Workin' hard ... or hardly workin'??? Ha!

The skill set of an FBS football player is in great demand. He's on the team to begin with because his abilities are superior to millions of high school players across the country who would have done anything to claim his roster spot.

Let's review the skill set possessed by your dad:

Well, goodness. Those are valuable skills, and he's certainly a capable, nice human being. I think you and I can agree, though, that these are skills shared by many, many others across the country. I understand that your dad has been a wonderful father, and I'm quite glad he was there for you, but to conflate this as somehow objectively "special" or rare" is to insult both our intelligences. That "#1 Dad" mug he's so proud of? Don't tell him, friend, but it rolled off an assembly line.

As fortunate as it may be for the rest of us, there are many dads out there are great as yours. There is only one Marcus Lattimore. He is special and your father is not.

3. Football players are courageous and your dad is not.

There's a framed needlepoint hanging in your parents' living room that reads:

Now, I would question why you didn't even attempt an acronym here, but that is beyond the scope of this discussion, and I'd feel rotten strolling through your parents' home and deconstructing all the chintzy, thoroughly predictable bric-a-brac that they've elected to tack up on their walls.

I would, though, take issue with the "Courageous" descriptor. Your dad is a great guy -- really, he is -- but there's no call to get carried away and just assign him every superlative we can think of. Let's think for a moment on the courageous acts of our average college football player:

And now, let's consider your dad's acts of courage. To wit:

If that's your idea of courage, I'd suggest that you have major issues of bias at play, and it wouldn't hurt for you to examine those.

Now, what action am I advocating with all this? I don't know. I suppose I would suggest that once a year, the government allows a college football player to take money out of your dad's bank account, walk around in his house, and take all his things while your dad is made to sit on a stool in a clown suit and listen to rap music. He might like the songs about cars. He's a car guy.