That @LennayKay account isn't what you think it is

It isn't fair to drag Reagan and Troy into this.. a lot of truths and myths need to be addressed here, and they will be at noon PST tomorrow

That's one of the accounts used by Lennay Kekua, the hoax girlfriend of Manti Te'o and the weirdest damn story ever. And yes, there are old retweets from Manti Te'o on that timeline -- two of the three tweets are of the variety.

And that account has sure fooled a lot of people. Fooled because it's not her. Or whoever was pretending to be her. Or ... you know what, who knows who was running that account? First, we have this. It's a neat tool that tells you when Twitter accounts were created. 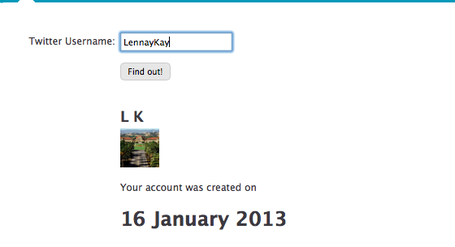 The account was created today. Which means it was deactivated, released back into the wild, and then picked back up ... after Deadspin broke its story. Because this is Twitter and trolling is the name of the game.

Now, how did those old Manti Te'o tweets get there? Simply, a plain retweet shows the original timestamp. It's a great way to fake an account, actually (don't do this ever).

And don't fall for the account that follows Manti Te'o, Rey Maualuga, Troy Polamalu and Reagan Maui'a and was created in the wake of the bombshell. If we've learned anything, it's to be skeptical of, well ... everything.

Manti Te'o and the strangest story of the year