2012 college football season recap: All 124 teams summed up in a sentence each

A single sentence or so. College football is our nation's most sprawling sport. Nobody could possibly keep up with everything that happened in an entire year.

Share All sharing options for: 2012 college football season recap: All 124 teams summed up in a sentence each

Arizona: Michigan fans warned us this wouldn't work. Michigan fans also warned against night games and the proposed invention of the graphite pencil in 1565.

Arizona State: As of this writing, Todd Graham has yet to trace his bloodlines to the Cleveland Browns.

Arkansas: A smile without a song is merely half-insane.

So let me get this straight: The Arkansas Democrat-Gazette is reporting that Mike Gundy both is and is not Arkansas' next coach?

Auburn: The greatest post-championship collapse in football history. No punchline.

The madness has set in on the plains: youtube.com/watch?feature=…! (via @gatorhead1013)

Toothless. RT @schadjoe: If and when Gene Chizik is let go, how would you, in one word, describe his tenure?

Ball State: The Cardinals were good at football this year, but this item is the most memorable moment of their 2012.

That 34-yarder was Boise State's longest made field goal since Nov. 19, 2010 — the game before the Brotzman/Nevada game

Bowling Green: Tweeted while the Hokies were dawdling around with Rutgers:

Buffalo: The ones that didn't hire Doug Marrone.

BYU: Just fast forward whenever the Cougars offense has the ball.

Central Michigan: Beating Iowa wasn't this big of a deal, but still. 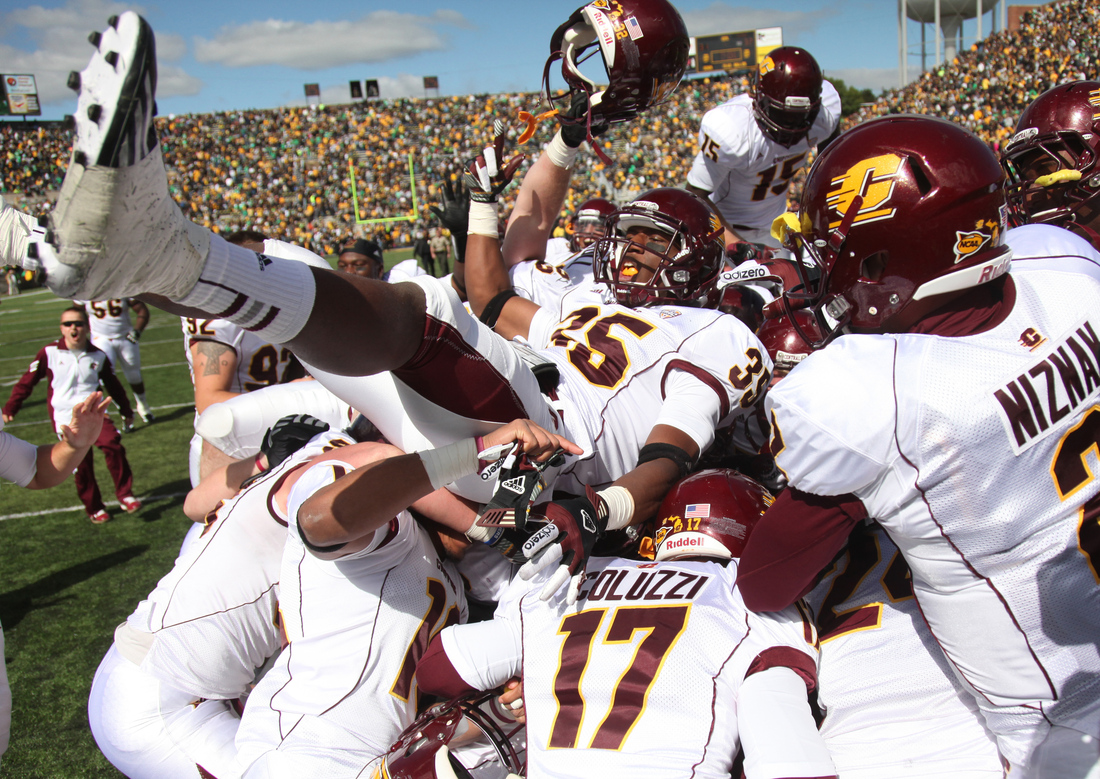 Colorado: It's a long way from fifth down to first down. The metaphor extends off the field.

"We didn't even have enough chairs for our OLine to watch tape, we asked, finally got them Week 9" - Jon Embree on #CU facilities on ESPN 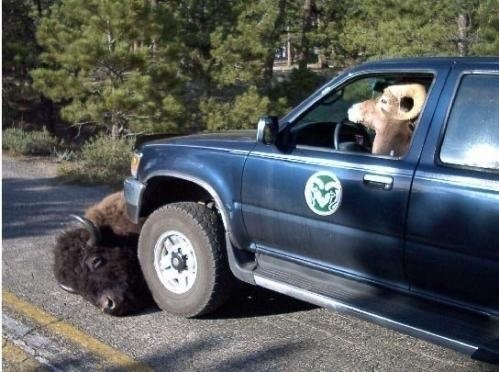 Connecticut: Not good enough for the ACC.

NOT GOOD ENOUGH FOR THE ACC.

East Carolina: Remember when the Big East added ECU and its legit fanbase, but spoiled it by having the Tulane news leak first? Yeah.

FAU: Highlight was that profile of bustling coach-turned-ambassador Howard Schnellenberger.

FIU: When your every football move makes people think about Isiah Thomas ...

Florida: "Still the dumbest Florida team we've ever seen. Talented as hell, and at root still the teen driver who hits the gas when reaching for the brake." -- Spencer Hall

If you have a play ready to go, not spiking is probably the right call.

Georgia Tech: Nobody realized Grohmentum was that negative. 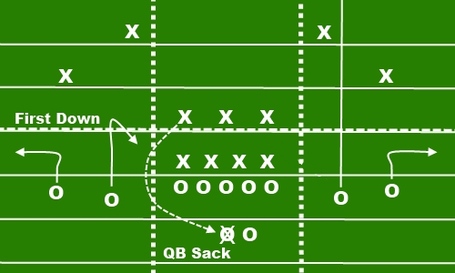 Kansas: Four years on the clock.

Kent State: A season so great, you forgot about this.

Kentucky: How Kentucky beat this list's preceding item is the year's greatest mystery.

Louisiana Tech: The most Baylor team ever, down to the backroom wrangling. Exhibits A, B and C.

Louisville: The baddest motherfucker, whether he looks like it or not: 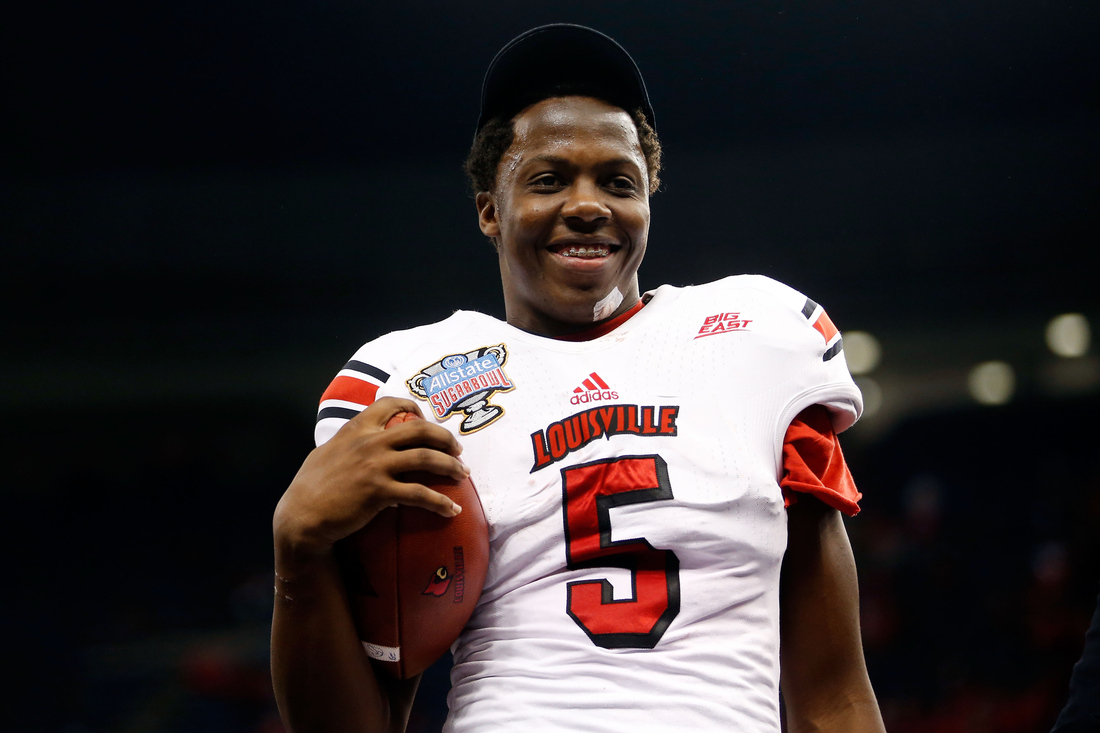 AND Louisville sells beer in its stadium? Hell, y'all can have an 8% graduation rate. Hell, graduate a kid every other year. Welcome

LSU: Clearly, Jordan Jefferson was holding the offense back.

Marshall: Rakeem Cato, in a losing effort, led the nation in passing yards per game.

Maryland: The Big Ten's real Linebacker (At Quarterback) U.

Memphis: Beat a team (Rice) that won a bowl.

Where is your god now?

Your god is in Memphis.

Miami: Skipped trips to Charlotte and El Paso because of #yolo yacht riots. Worth it, probably.

How awful is it that Denard Robinson might often be better used in the NFL?

Dantonio was SURPRISED Bell wanted to leave after he had 422 touches this year?!

Minnesota: Really gutted one out against UNLV.

Mississippi State: When SEC fans were disowning the Bulldogs' resume during the Gator Bowl, that was not a new thing, Big Ten fans. 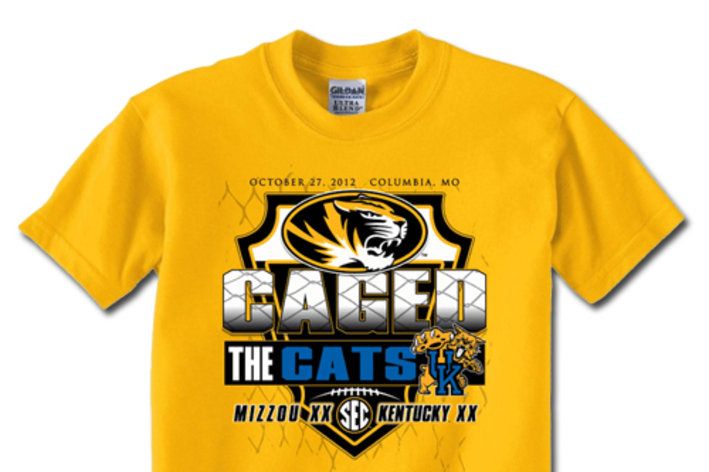 If we're gonna hype up Mike Glennon, someone needs to photoshop him as a giraffe w/ a shotgun right?yfrog.com/od64195787p

Nebraska: Taylor Martinez is the Tyrann Mathieu of forcing his own fumbles.

Nevada: Goodbye to the man who built the 2013 NFL playoffs (and so much more).

Northwestern: Has not won a bowl game since 2013.

Ohio: Beating Penn State turned out to be really something: 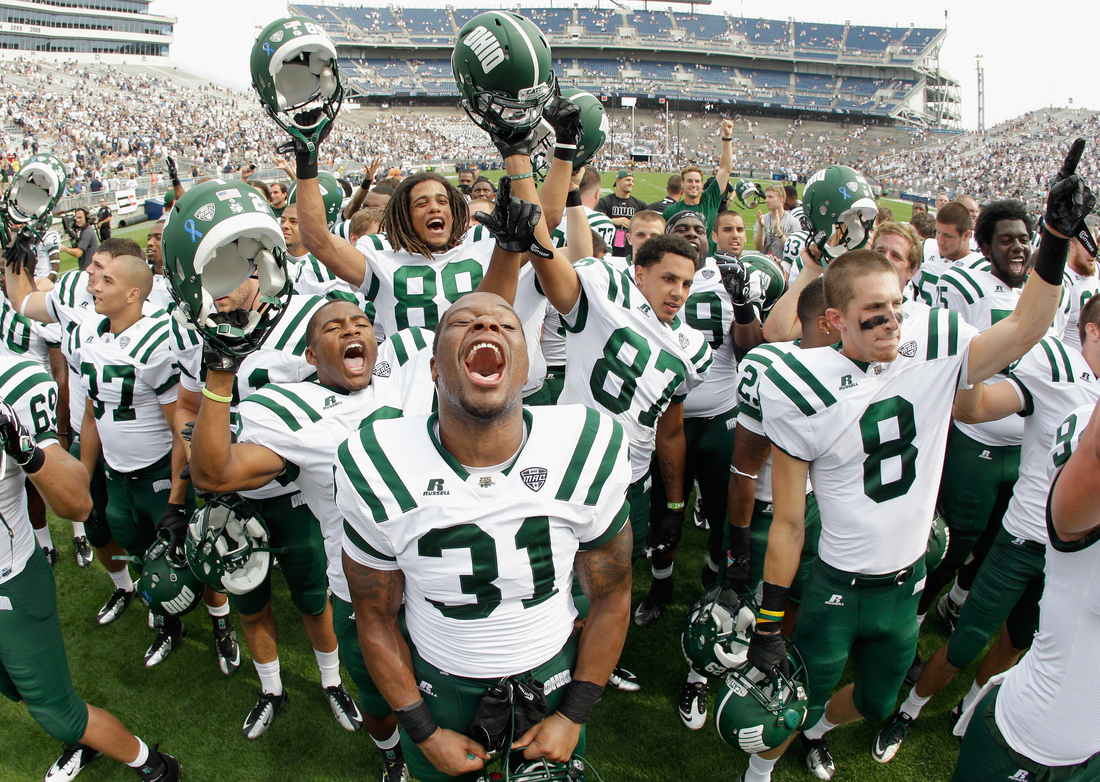 Oklahoma State: Mike Gundy went for an onside kick while up, 38-0, on Louisiana-Lafayette.

Don't put halos on the donkeys and Old Spice on the shepherds - they were smelled common men - who got message - "unto you .. Good news!"

Where will you be tomorrow at 3 p.m.?twitpic.com/bfrj1i#OneTeam #WeAre

Pitt RB Ray Graham yesterday: "Any bowl, except Birmingham. Three times in a row. I think they may not even allow us in there." Oh they are.

Rice: As mentioned, lost to Memphis.

Rutgers: Averaged 192 passing yards against all teams not named Arkansas. This would've ranked No. 99 in the country. Put up 397 on Arkansas.

San Diego State: I'm sorry like 60 percent of these are about the Big East, but if Boise State goes back to the Mountain West and San Diego State doesn't, for how many hours will you laugh?

The two schools with their own Roku channels are BYU, of course, and South Alabama, of course.

1 more than in Big Ten MT @timkawakami List of active Pac-12 coaches (other than Kelly) who've taken a team to the Rose Bowl: ... David Shaw

If the only college team to lose an NFl coach to the NFL ends up being Syracuse, well, that would be something.

TCU: Only one of Gary Patterson's top 27 tacklers was a senior? Return 93 percent of their tackles for loss? Put me down for 2013 Big 12 champs.

More Patterson after TCU's second win over Texas in 30 meetings: "I'm probably going to go out in the street sometime tomorrow and yell."

Tennessee: It gets no easier.

1. "OPPORTUNITY IS NOWHERE" to have @swiperboyfinally teach me how to Dooley. youtu.be/4nXTT29BUK0

Texas A&M: You really weren't ready, were you? Not talking to you, Aggies.

Toledo: Partially responsible for the densest burst of #MACTION in world history, other than the Barbary Pirates.

Troy: No. 11 in total offense. Almost positive you did not know that.

Y'all can hate Big East/Tulane move, but when we have conference-based civil war, BE controls ports of San Diego and New Orleans. #Strategy

ULM: We started asking, "How in the world did this team lose to Auburn?" months ago, and that might be the season's single most amazing fact.

UMass: Faculty has a point.

USC: Well, that's one way to make people stop writing about your team.

Shout out to whoever thought of #SunFinishedBusiness! That is hilarious, ain't no denying it lolgotta embrace it

USF: "Pulling the redshirt off a quarterback and then having him get hurt on the first series of the Miami game. Or, down 37-3 in the fourth quarter at Miami, Skip Holtz kicked a field goal to make it 37-6. Then, down 40-6 with 2:00 left, kicked another field goal to lose 40-9. So many to choose from." -- Mark Ennis

When Holly tells you you're going 3-9,

your ass is going three and nine.

Virginia: I have nothing to say about Virginia.

Washington State: It burns for 11 weeks, with aftertaste like apples.

And Colorado, who beat WSU, who beat Washington, who beat Stanford, is the transitive Pac-12 champion

WKU is in for treat lol

OK, if Jim Delany is supportive of NIU in the Orange Bowl, I want Jon Steinbrecher to announce he's fine with Wisconsin in the Rose Bowl.