The first Harris Poll of the season is released, and we start to get a clearer view of the BCS picture. Beginning next week, this poll will count for one-third of the BCS.

The first Harris Interactive College Football Poll was released Sunday, joining the AP Poll and Coaches' Poll in the in-season rankings game. Its initial Top 25 is largely similar to those two polls. Most significant difference: Clemson's ahead of Ohio State here. The Buckeyes are No. 3 in the Coaches'.

Unsurprisingly, two-time defending champion Alabama stands on top, with Oregon right behind them. Missouri starts significantly higher than their unranked beginning in the other polls -- a sensible choice considering their 6-0 record and a dominating win over Georgia.

Along with the Coaches' Poll, this is a poll that "counts" -- it is part of the BCS formula equation, and will help determine who plays in the national championship game. Both polls count as one third of the formula, with computer rankings comprising of the last third. 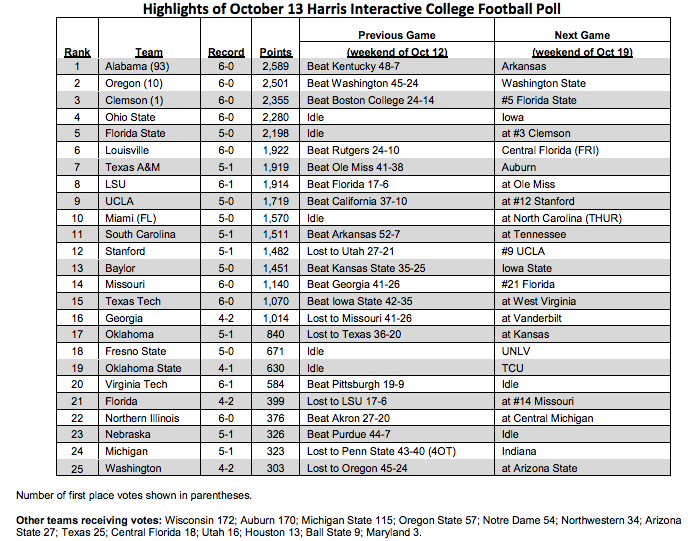