Oregon took the field against Washington State wearing pink helmets, which will be auctioned off to raise money for breast cancer research.

Oregon is a school known for its daring uniform design choices, and they are using that reputation to raise awareness and, more importantly, money for The Kay Yow Cancer fund, a charitable organization dedicated to raising money for breast cancer research by wearing pink helmets during its game against Washington State and putting them up for auction after the game.

We had already gotten a sneak peek at the what the uniforms would look like, but that doesn't make the site of likely Heisman Trophy finalist Marcus Mariota actually warming up in one any less breathtaking.

Mariota in pink for tonight's game against WSU. pic.twitter.com/BDW4ri8qCD 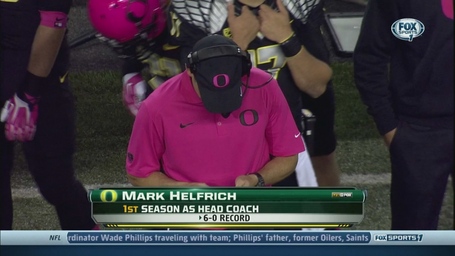 And here is the Ducks' kicker getting ready to initiate the first ever play featuring pink Oregon helmets. 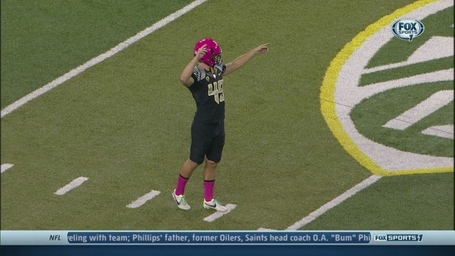 Mathis with pink helmet. Hard to do justice to the color. Pink with sparkles embedded in the paint. #Play4Kay pic.twitter.com/eD1FhDLoUg

And here's the motorcycle that led the Ducks out onto the field.