Auburn Hail Mary beats Georgia, and the Internet melts down

Share All sharing options for: Auburn Hail Mary beats Georgia, and the Internet melts down

So, Georgia-Auburn had a preposterous ending that came, frankly, out of nowhere. What could've been a fairly simple interception by Georgia instead turned into a back-breaking -- and heart-breaking -- Auburn touchdown.

But better than the ending -- well, maybe not better, but nearly as good -- were the assorted reactions to it. The reactions perfectly capture the scale of the moment, making it clear how improbable the play was.

First up, Georgia's coaches, dying -- capturing the emotions of the fanbase in a single GIF.

Second, Auburn's radio announcers perfectly captured the reaction of the masses. The call went from that of a typical play to a mix of implosion, heart attack and utter jubilation in an instant.

Craziest ending of the year, easily. 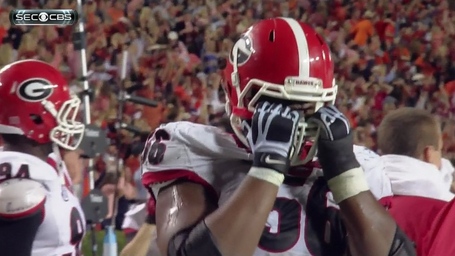 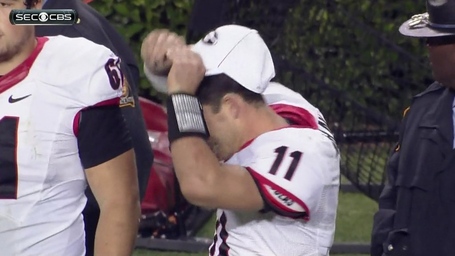 And of course, Nick Marshall: 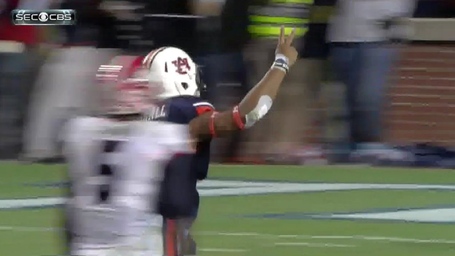 Yup, game of the year.

"I started doing college football telecasts in 1974, I've never seen anything quite like this." - Verne Lundquist on #UGAvsAUB

Wow.. Those DBs from Georgia is about to get taken off scholarship ..

oh my fucking god no no no

Auburn wants Bama? Auburn's 'bout to get Bama. The chant, via @byjustinlee: https://t.co/YHAmw1RzVt