He runs for almost 200 yards a game. He is the key figure on a team that went from two wins to bowl eligibility. He trucks fools. Yes, Boston College running back Andre Williams should get Heisman buzz

Unless you're a Boston College fan, you've probably not heard of Andre Williams, and that is a shame. Because if the Heisman Trophy still goes to the most outstanding player in college football, Andre Williams deserves your consideration. 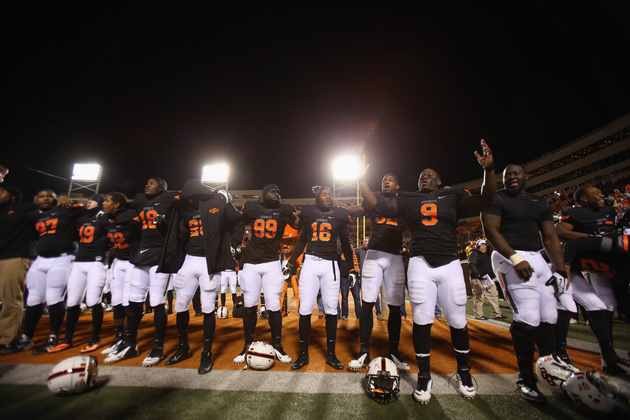 Williams' rushing has been the difference in Boston College's improbable turnaround. The Eagles have won their last four games, and now stand 7-4 overall and 4-3 in the ACC. The Eagles have done it with a running game ranked among the nation's best, and Williams has been responsible for the lion's share of those yards. When Williams carries the rock, BC wins: he is averaging 32 carries for 235 yards in the Eagles' seven wins.

Yes, Williams has struggled occasionally this year. He ran for just 38 yards in an early loss at USC, and managed just 70 against Clemson. But there are no perfect candidates for the Heisman this year. The big names -- Manziel, Mariota, Winston -- have struggled at times. A.J. McCarron, who is getting some recent buzz as other candidates fall by the wayside, has just 326 more yards passing than Williams has rushing. Alabama is great, and McCarron is great for what they do, but he is not as obviously valuable to his team as Williams has been to Boston College.

For better or worse, the Heisman Trophy has become an award for quarterbacks on top teams. A running back has not won the award since Mark Ingram in 2009. Just two halfbacks -- Ingram and Reggie Bush -- have won in this millennium. A halfback on a non-BCS bowl contender has not won since Ricky Williams, and the former Longhorn had to put up absurd statistics to take the trophy. He did. The new Williams has done the same.

A quarterback will probably win the Heisman anyway, but before you shrug and pull the lever for A.J. McCarron, take a look at Andre Williams. You'll find what you are looking for: college football's most outstanding player.