Saturday night, Florida State quarterback Jameis Winston will be the new name at the top of the following list. Here is every Heisman Trophy-winner in the award's 78-year history.

Also, below this list, let's take a look at how Jameis Winston compares to other quarterbacks who've won the trophy recently. He has a lot in common, but his win will also continue some interesting recent dynamics.

A few recent trends Winston's victory will carry on:

Can Army ever catch up to Navy?

Either team could win this game, but the Midshipmen retain the long-term advantage.

How the Heisman was won

Looking back at the 2013 season and Jameis Winston's week-by-week climb toward the trophy (which will officially be handed out Saturday night).

Can Army ever catch up to Navy? How the Heisman was won

Here's how Winston's numbers stack up with other recent Heisman-winning quarterbacks: 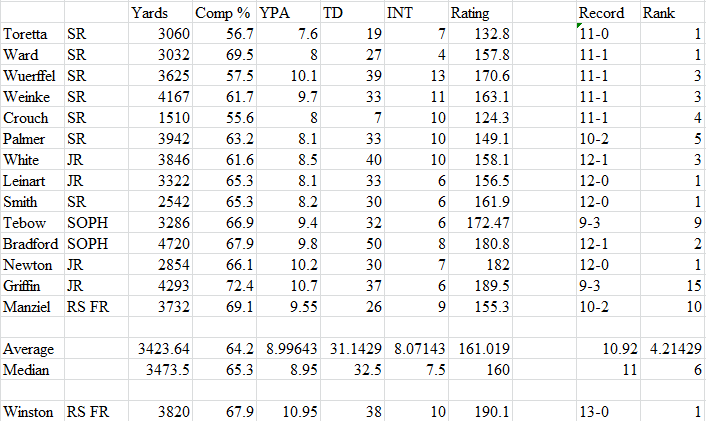