Alabama is reportedly handing Saban $7 million a season, but just how much is that? For one thing, he now makes more money than any coach in America, except for a handful of NFL coaches and one NBA coach.

Update, June 3, 2014: Nick Saban officially makes $6.9 million a year, and the rest of this story from December holds more or less the same as well (other than Bobby Petrino leaving WKU for Louisville and Mack Brown retiring, of course).

Original, December 31, 2013: After a week of rampant speculation, Nick Saban signed an extension with Alabama Friday night. While no terms are official yet, a figure of at least $7 million was reported both before the deal by Gil Brandt of NFL.com and after by Cecil Hurt of the Tuscaloosa News.

How does Saban's new deal stack up?

Saban's salary advantage over the combined head coaches of the entire Sun Belt is nearly as large as his overall record against the conference, according to the USA Today coach salaries database. After famously losing to ULM in his first season at Alabama, Saban's teams have outscored Sun Belt opponents 290-24 in six consecutive wins. He earns eight times what the league's highest-paid coach, Bobby Petrino of Western Kentucky, takes home.

As Northern Illinois has shown the Crimson Tide, if you want to suffer one inexplicable loss to an inferior opponent every year, you can do so in a more cost-effective way.

Even before Friday's announcements, Saban was the highest-paid coach in college football. Saban took home approximately $90,000 more than the next-highest-paid coach, Texas' Mack Brown. His new deal puts him $1.7 million ahead of Brown and $2.2 million ahead of Oklahoma's Bob Stoops. Even with the exorbitant inflation in coach salaries over the last 15 years, nobody is catching Saban any time soon.

The head coach of the Indian national cricket team is on the hot seat, but just landed a contract extension.

While that salary initially appears low, it's positively extravagant when you consider that Fletcher takes home $650,000 per person who understands cricket rules. That was a joke.

America's most Canadian sports league doesn't share salary details as openly as other leagues, but Rangers coach Alain Vigneault reportedly became the league's highest-paid coach this summer. Chicago's Quenneville, who has won two Stanley Cups, signed an extension later, but the details were not announced.

If Quenneville wins a third, he will probably leak details of a proposed move to the Dallas Stars to secure a $7 million extension, then sign with Alabama. 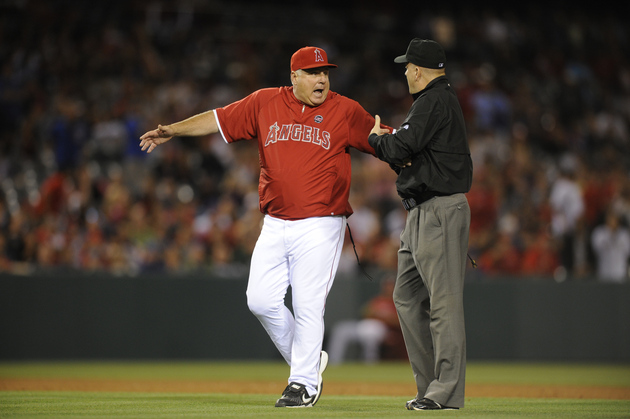 The Los Angeles Angels made Scioscia the highest-paid manager in the majors after the 2008 season with a 10-year, $50 million contract extension. No team, not even the Yankees, has touched it since, an interesting factoid in a sport where star players routinely make more than $20 million per year.

Since signing Scioscia to that extension, the Angels have added Albert Pujols and Josh Hamilton, yet somehow have become demonstrably worse. Scioscia is now firmly on the hot seat, and has likely kept his job only through the goodwill generated by multiple appearances on The Simpsons.

Somewhere, a Texas booster is putting together a package of five-star recruits to offer Alabama.

Saban's contract brings college football into full coaching salary parity with the Association. Rivers became the NBA's highest paid coach while with Boston, then transferred his contract to the Clippers in a trade. Somewhere, a Texas booster is putting together a package of five-star recruits to offer Alabama.

As far as American coaching salaries go, the NFL still reigns supreme. The Saints' Sean Payton is the highest-paid coach in the league, hauling in $1 million more than Saban is set to make. New England's Bill Belichick and Kansas City's Andy Reid each earn $7.5 million per season. Former USC head coach Pete Carroll is now tied with Saban at $7 million per season, as is Jeff Fisher and, hilariously, Mike Shanahan. The NFL's salary numbers are even more impressive when you consider that these teams actually have to pay their players. 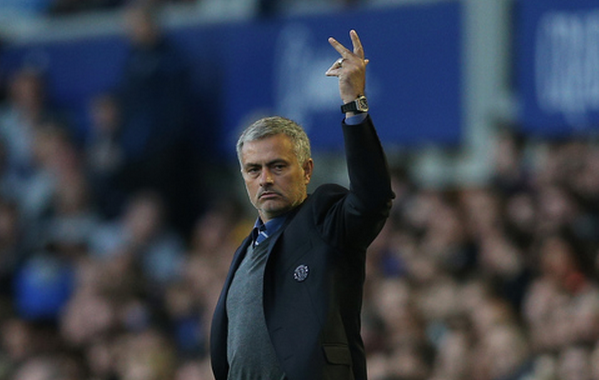 The world's highest-paid football coach remains "The Special One." Mourinho, who was earning approximately $20 million at Real Madrid, returned to Chelsea this season for approximately the same amount. If there is one sport where millionaire supporters are willing to lose millions of dollars to win more than college football, it's European soccer. 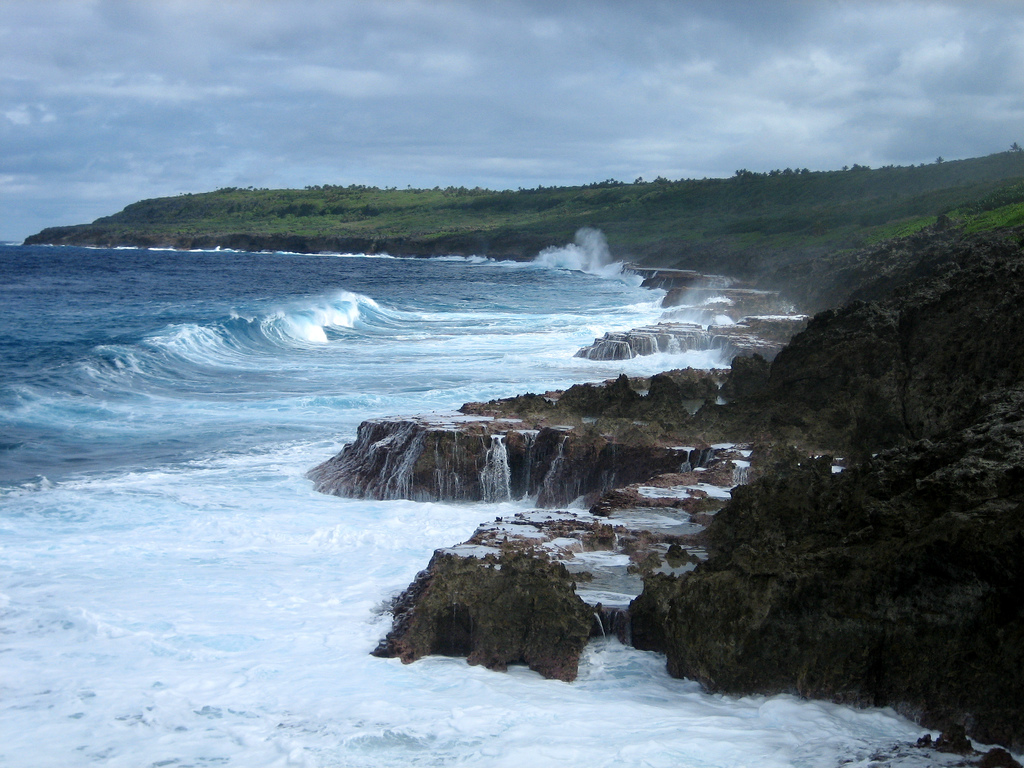 The semi-autonomous island nation located in the South Pacific generates an estimated $10 million in gross domestic product every year, so Saban has some work to do if he wants to pass the output of an entire country.

If Saban wanted to take a vacation to Niue, he could almost build his own bridge. While details of Saban's contract have not yet been revealed, if he were to receive 10 years, he could cash the contract out in one dollar bills, lay those bills end to end, and span the 6,503 miles from Bryant-Denny Stadium to the island. Saban would even have about $2.9 million left over to spend when he got there, an amazing influx of funds for the small economy of Niue. King Saban has a terrifying ring to it, no?

Of course, this is an absurdity. Like Nick Saban would take a vacation. Please.

No, Nick Saban can't buy the Willis Tower, formerly the world's tallest building. The tower was last sold for $840 million in cash and assumed liabilities, far more than Saban can hope to make as a football coach.

But Saban could build something bigger.

If Saban took his $7 million annual salary in one dollar bills and stacked them on a Tuscaloosa street corner, the final column would stand 2,508 feet tall. That would be the tallest structure in North America, more than 800 feet taller than One World Trade Center in New York City, 450 feet taller than the KVLY-TV mast in Blanchard, N.D., the world's tallest mast, and just 214 shorter than Burj Khalifa, the world's tallest building. Even if Saban took the money out in $20 bills, he could build a stack as tall as the AmSouth Building, Tuscaloosa's tallest building. 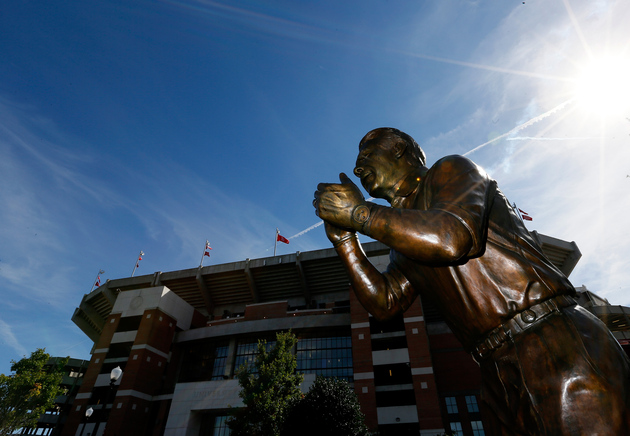 The statues of Wallace Wade, Bear Bryant, Frank Thomas, Gene Stallings, and Nick Saban north of Bryant-Denny Stadium each weigh 2,000 pounds. Not only could Saban buy and sell those statues many times over with his $7 million salary, but he could simply outweigh them. Seven million one dollar bills weigh more than 15,000 pounds, more than all five statues combined.