Chris Petersen has finally left Boise State -- he's heading to Washington. As for the Broncos, former assistants and current assistants are the most likely options, but could Jeff Tedford get a look?

Here's our early list of names to keep in mind as the Broncos begin their search to replace Chris Petersen:

A former Boise State quarterback, Harsin was an assistant coach with the Broncos from 2001-10, starting as a graduate assistant and working his way up to offensive coordinator when Petersen was hired as the Broncos' head coach.

Boise State posted a 61-5 record with two Fiesta Bowl wins during Harsin's time as coordinator, and he was hired away by Texas in 2011, turning a Longhorn offense ranked 100th in F/+ in 2010 to one ranked 18th in 2012. In 2013, he was hired to replace Gus Malzahn at Arkansas State, and finished second in the Sun Belt with a 5-2 conference record in his first season.

At this point, he's widely considered the early front-runner. His exit would mean four head coaches in four years for ASU.

Wilcox's status is currently in limbo, as he could easily stay in Washington with former boss Petersen, head to USC with former boss Sarkisian, or go back to Boise to try his turn at a head coaching gig.

Like Harsin, Wilcox started as a graduate assistant under Dan Hawkins before being named a coordinator under Petersen. The Broncos went 49-4 during his four years in charge of the defense, giving up just 12.6 points per game in 2008 and ranking fourth in the nation in defensive F/+.

The innovator of the fly-sweep offense made famous during the 2012 Orange Bowl would likely be the internet's unanimous choice, if the hiring were opened up to the public. Stitt's put together one of Division II's best offenses, ranking No. 10 in total offense in 2013, despite facing major recruiting disadvantages and academic challenges. He's also friendly on Twitter.

And it's not like Mines is an easy place to win. It had no winning seasons since 1991 and no conference titles since 1958 -- Stitt hit the first in his second year and the latter in his fourth.

He's rumored to be interested in the Wyoming job, but reports say he's not being seriously considered as a candidate. It's safe to say Boise State is a bigger job, so it will be interesting to see if he gets a look without the advantage of a history with the program. 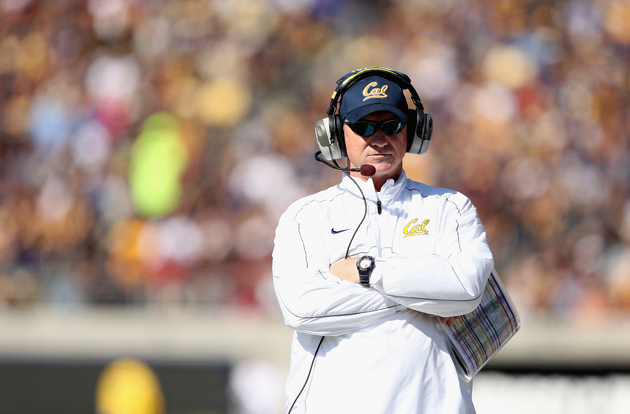 Perhaps the most successful head coach in the history of Cal's football program, Tedford was fired after a 3-9 mark in 2012. He holds school records for wins and bowl wins, and has coached players such as David Carr, Joey Harrington, Akili Smith, Aaron Rodgers and Marshawn Lynch at his various stops along his career.

A former professional quarterback, Tedford was an offensive coordinator at both Fresno State and Oregon, helping to lead the Ducks to a 38-10 record during his four years in Eugene (the best record in the Pac-12 during that stretch). Tedford was hired by Cal in 2002 after a disastrous 1-10 season the year before, and immediately turned things around with a 7-5 record in his first year. After seven consecutive bowl appearances, the Bears had losing seasons in 2010 and 2012, and Tedford was let go.

He's previously lobbied for the USC job and is considered a Wyoming candidate, so it's unknown whether he'd take this one.

The good news for Boise State? Brent Pease, the offensive coordinator of their excellent 2011 team (fifth in F/+, 14th on offense) is available. The bad news? It's for good reason, after his Florida team had one of the worst offensive seasons in program history.

After a brief professional career as a quarterback, Pease started his career as an offensive coach with his alma mater, Montana, and has ties in the region. He was with Boise State from 2006-11, primarily as a wide receivers coach but with that one excellent year as an offensive coordinator on his resume. With his recent failures at Florida, this would certainly not be a splash hire, but his connections with the program could spell a return.

The man who essentially kick-started the Boise State football program, Koetter posted a 26-10 record at the school from 1998-2000, with two straight Big West titles and two straight Humanitarian Bowl victories. In 2001 he was hired by Arizona State, where he was fired after six seasons and a 40-34 record.

Since then, Koetter has moved to the NFL as the offensive coordinator of the Jaguars and, now, the Falcons. He's expressed in being a head coach again, but it's not clear whether he'd like to return to college. He certainly has a history with Boise, and his job security is not sky-high for the long-term with the 3-9 Falcons.

Kugler is in a similar position to Brent Pease in this -- a highly important part of that 2006 Broncos team who has struggled in his most recent job. He was the offensive line coach on that squad, and moved to the NFL the next year, coaching successful pro lines with Buffalo and Pittsburgh.

In 2013, Kugler was hired by UTEP as their newest head coach, and he posted a 2-10 record in his first year. Unlike some of the other former assistant candidates (like Pease and the group we're going to mention next), Kugler actually has head coaching experience, even if it's not successful yet.

Some Boise assistant or another

The Broncos' last two hires (Petersen and Dan Hawkins) have both been in-house, and they've consistently promoted assistant coaches to coordinator positions instead of hiring from outside. All of this is to say: don't be surprised if Boise State doesn't go outside of the program for the job.

Offensive line coach Chris Strausser, offensive coordinator Robert Prince and linebackers coach Bob Gregory could be considered candidates, but the most likely in-house option has to be defensive coordinator Pete Kwiatkowski. He's led solid defenses for the past four seasons, including one that ranked No. 1 in yards per play allowed in 2010, and was a standout on the Bronco defensive line in the 1980s. He's spent 16 total years as a Boise State assistant, including a stint elsewhere.