The regular season is at an end, as is all that you know. You'll see what we mean.

And now we've come... to the end of the road... still I can't let—actually, hang on, I can totally let go. I can't do this 52 weeks a year. Let's start with the obvious. Nick Saban showed up and god help us all. 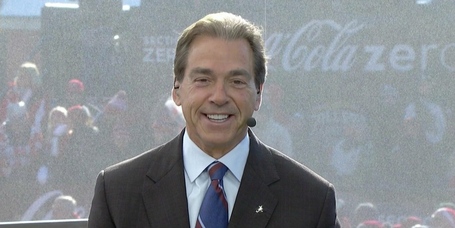 I NEED A NAP 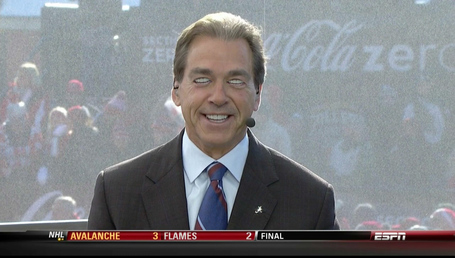 (off in the corner crying for like half an hour)

Anyway (wiping tears from eyes), as for non-Saban stuff, the censors totally took today off, and as such this final GameDay was basically populated by signs made by 4-year-olds. That is not an exaggeration. Observe and enjoy.

WHY U MAD THO SEC?

Was Nelson Mandela a Buckeye? This guy seems to think so. pic.twitter.com/KABc414kFz 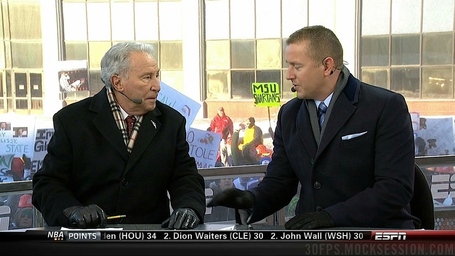 I don't want to have laughed at that. But I did. A lot. How did that even get past anyone? Oh, but the people behind this sign weren't done; there were three such ludicrously amateurish signs. Let's keep going.

Poo. Poo. But we're not even done! 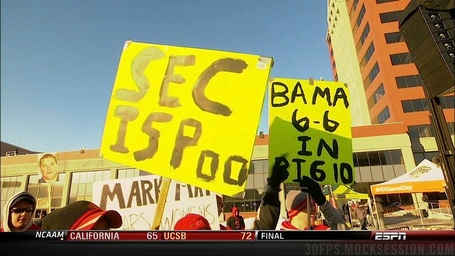 This finishes off the trio of crude yellow signs, and it might be the most offensive of them all. Come on, dudes. That's not tugging on Superman's cape, that's peeing on it. Or pooing, as the case may be.

"Hey Bama, got a sec" pic.twitter.com/Dga7bysOZc

Take your shots at Bama now. Have your fun. You don't want 'em, though. Lord no you don't. 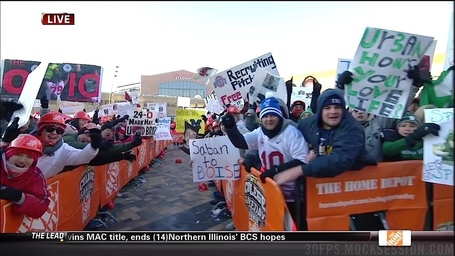 And with that, College GameDay is done for the year. So it goes.