Snoop Dogg's son, Cordell Broadus, has received an offer from Cal to play football. He also has offers from Duke, Washington and UCLA.

Snoop Dogg is one of the most well-known artists in rap history, transcending his music to movies and becoming a household name throughout the last two decades. Now his son, Cordell Broadus, has a chance to make a name for himself. 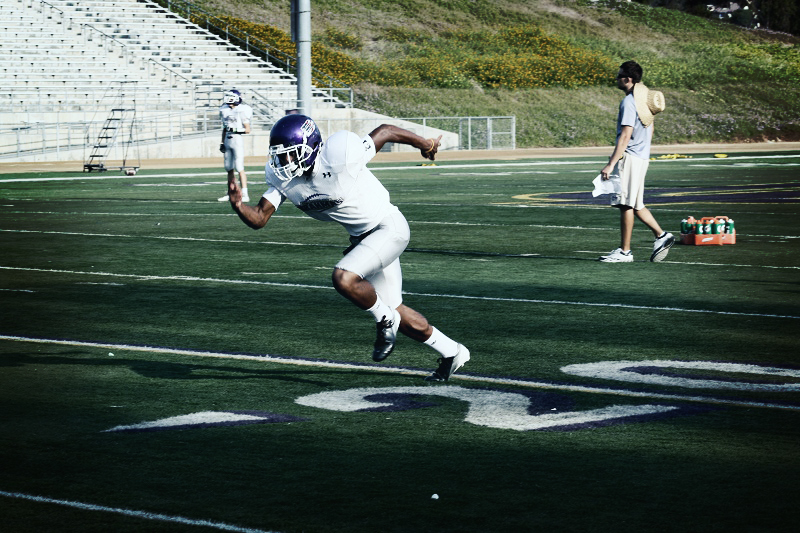 Tim Haddock on Snoop Dogg, his son Cordell, and famous fathers in football.

This isn't the first scholarship offer that Broadus, a member of the class of 2015, has received. He also has offers from Duke, UCLA and Washington. He caught 38 passes for 513 yards and seven touchdowns as a sophomore at Diamond Bar high school.

Snoop Dogg, who is now performing as Snoop Lion, said that he knows his son may have a hard time being associated with him and walking in his shadow. Via MaxPreps:

"Being my kid, and walking in my shadows, that's something you can't run from, Cordell knows that,'' said his dad, who has recently changed his stage name to Snoop Lion. "He's going to hear all of the criticism, whether it's constructive, bad or good. I give him credit, he's handled things. As a parent, you want the best for your kid and I see big things in Cordell's future.''

Broadus said that he does hear what people say, but he doesn't let it bother him and can't control what others think. He said that if others only look at him as "Snoop's son, and not Cordell Broadus, that's cool with me. They will learn about me though. I'm my own man." Last year, Tim Haddock took a look at Broadus and his father for SB Nation.

Wherever Broadus decides to play college football, he won't be the only son of a musician to either draw interest from teams or to play for a university. Sean "P-Diddy" Combs' son, Justin, is a defensive back at UCLA and John Mellencamp's son, Hud, was a walk-on at Duke.