Share All sharing options for: NCAA bracket predictions 2013: If March Madness had football 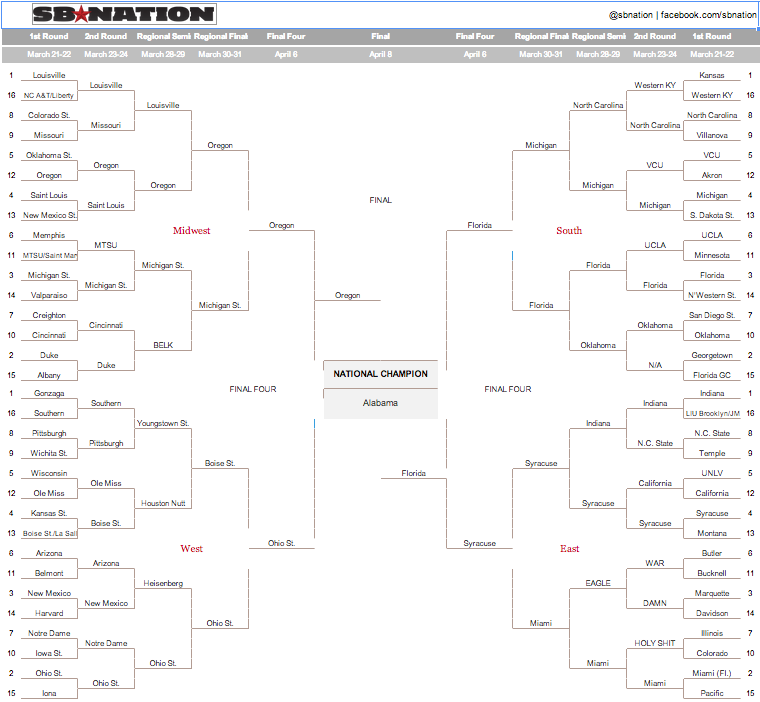 Five best Round of 64 games

The worst games in the opening burst are myriad. Notre Dame will need 18 overtimes to put away Iowa State, VCU's club football team will have little trouble with Akron's FBS football team, Saint Louis' football team (which was disbanded decades ago) should trounce New Mexico State's, the offenses of Florida and Michigan State will combine for 196 yards against schools probably not big enough to field 11 defenders (not looking this up), Memphis will participate, Charlie Weis and Bobby Petrino will share a pregame chat so brief it will open up new branches of quantum mechanics, Michigan will play a lower-division team (ha ha ha) and egad the entire East region.

As for the best: 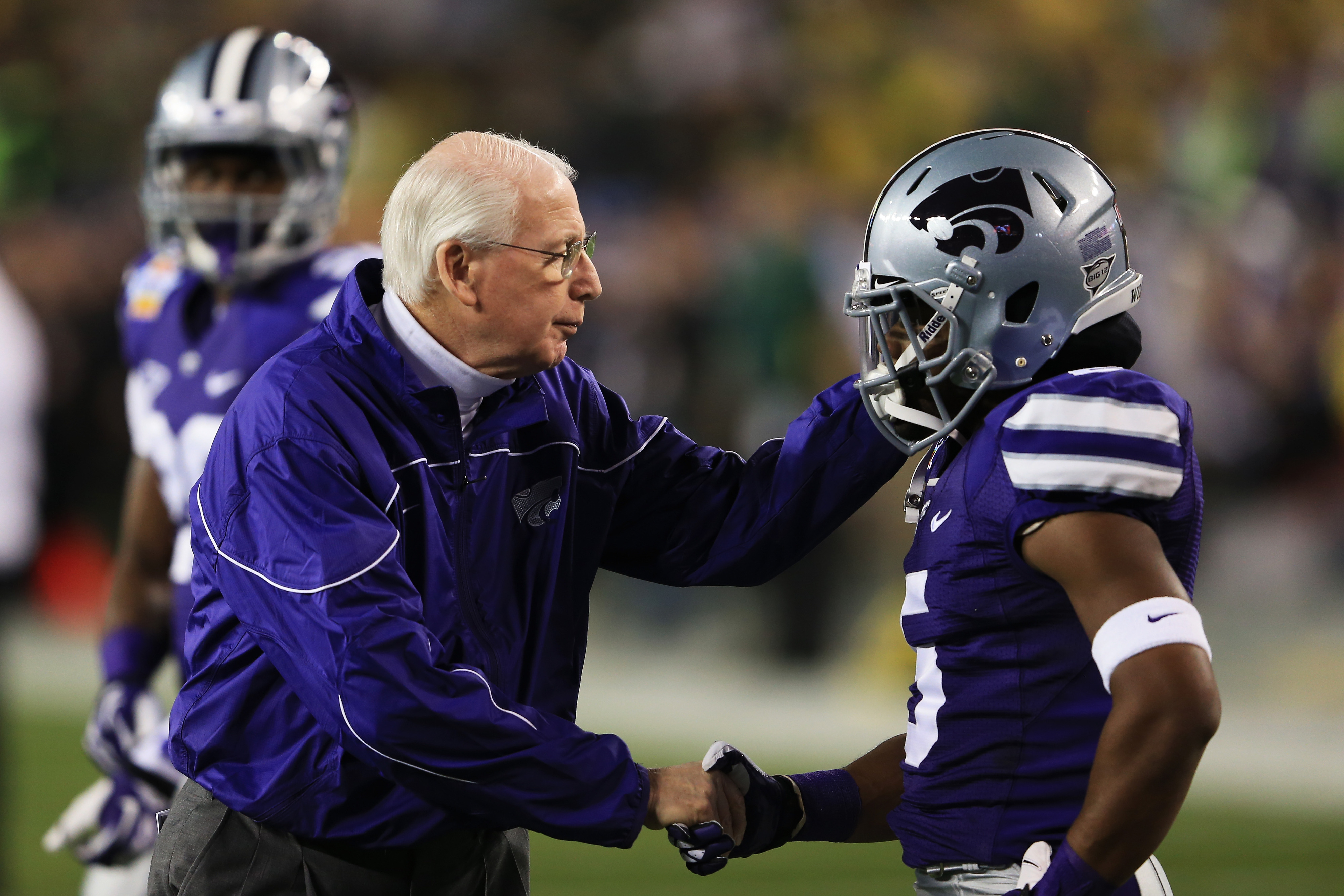 If football had Madness ... 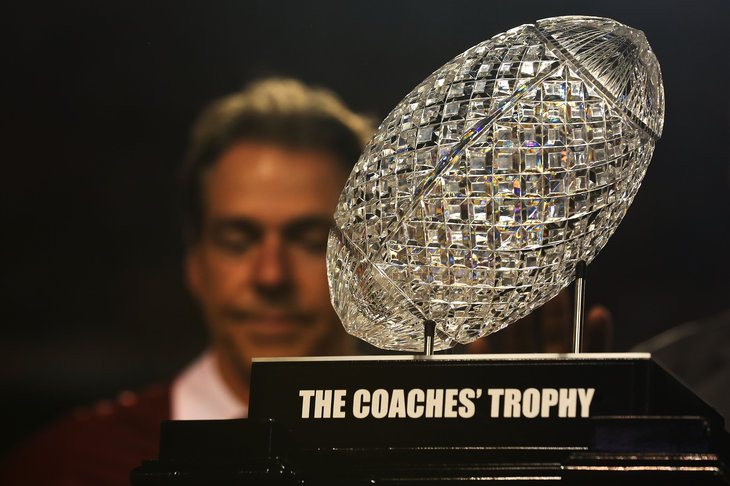 Rodger Sherman imagines the other side: what if college football added a 68-team tournament like college hoops? (Photo: US Presswire)

5. UCLA vs. Minnesota: The Bruins are the sloppiest good team in many years. They also block a ton of kicks, force a ton of fumbles, raise hell in backfields and peel off plenty of big scrimmage gains of their own. Minnesota is not good at anything, but will be damned if it's gonna take crap from the likes of Jim Mora.

4. San Diego State vs. Oklahoma: Rocky Long hates punting on fourth down. Oklahoma's third down defense was better than only West Virginia's and Baylor's in the Big 12. Key revelation here: West Virginia and Baylor forced multiple third downs in 2012.

3. Wisconsin vs. Ole Miss: The most inspirational team to ever be accused of every transgression under the sun vs. cantankerous yankees. This is exactly how this football pairing would line up in basketball as well, were that to ever happen.

1. Kansas State vs. Boise State: OH GOD having to pick against either Chris Petersen, the Rocky Mountain alchemist who wins 10 games no matter his roster, or Bill Snyder, the ghost of Christmas best who also wins 10 games no matter his roster, is the puzzle we were put here to solve. Whoever put us here does not like us. Also, remember this: one of these coaches always beats Texas, and the other will never coach at Texas.

Five best Round of 32 games 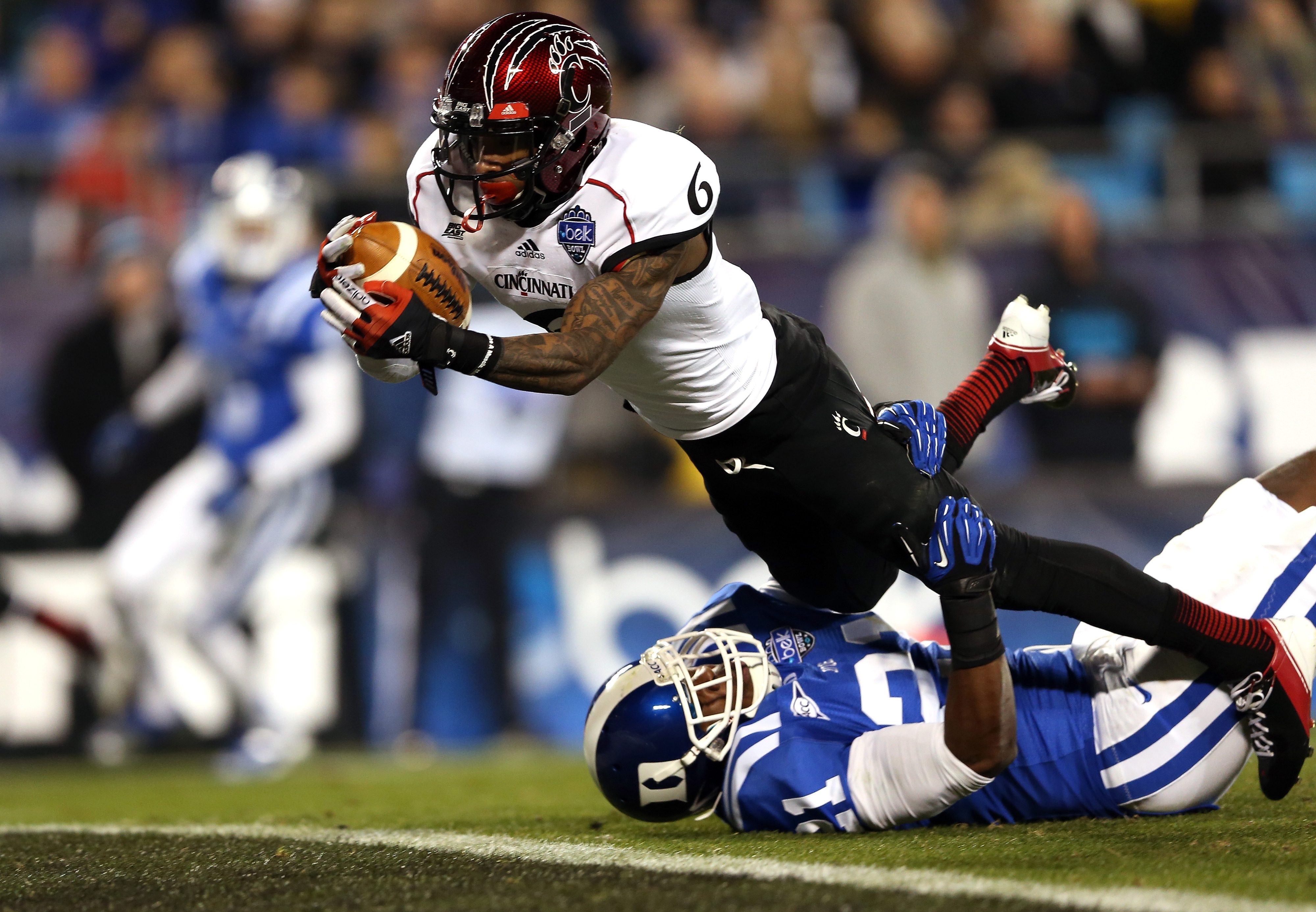 4. The Notre Dame-Ohio State championship game that would've happened in an alternate universe even more twisted than this one. 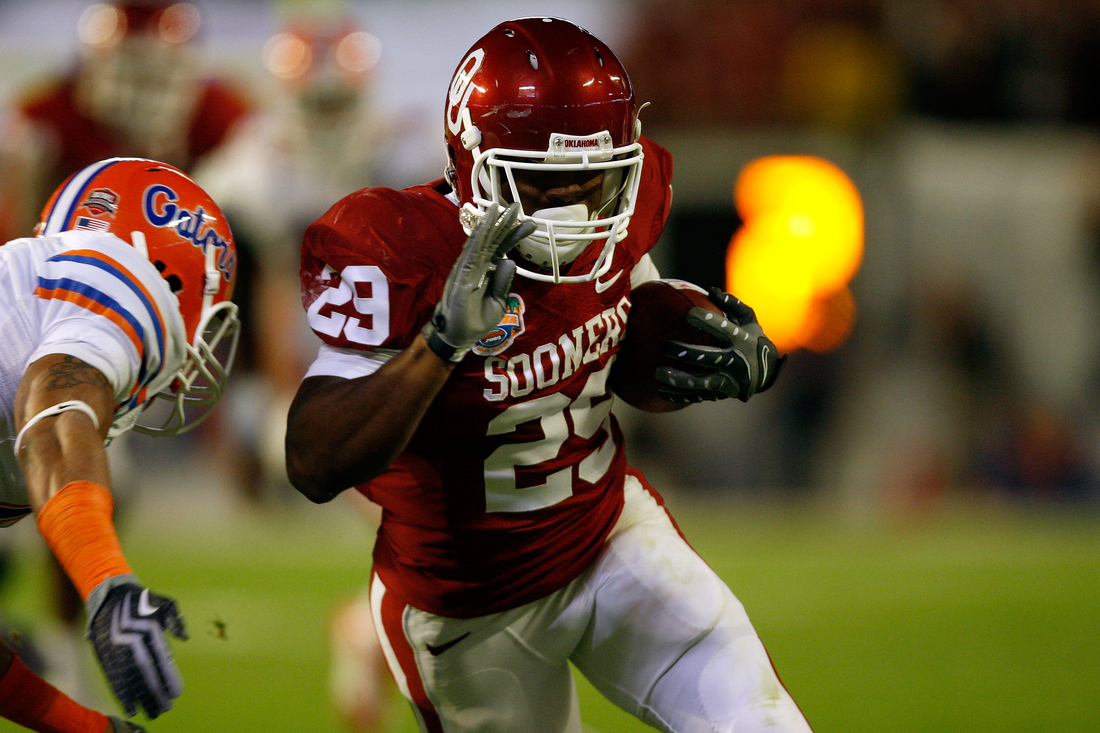 5. Michigan vs. a team from the upper half of the state of North Carolina: Ha ha ha

4. Michigan State vs. Cincinnati: Mark Dantonio vs. his former team, and in the postseason! That's interesting! Don't watch this game, which will just be one or another Bearcats quarterback scampering to nowhere and Le'Veon Bell's 55 carries for 270 yards producing 10 MSU points.

3. Florida vs. Oklahoma: The 2009 BCS National Championship rematch! The No. 4 passing offense vs. the No. 5 overall defense! Florida fans having warm memories of Blake Bell somehow!

2. Ohio State vs. Arizona: Nothing says January like perhaps the two greatest spread-to-run minds clashing, whether Urban Meyer would skip this game to recruit or not.

1. Louisville vs. Oregon: Teddy Bridgewater and Marcus Mariota, the tournament's two best quarterbacks. And we can hope Cardinal benefactor Papa John's adorns its team in fashions every bit as aggressive as Oregon's. 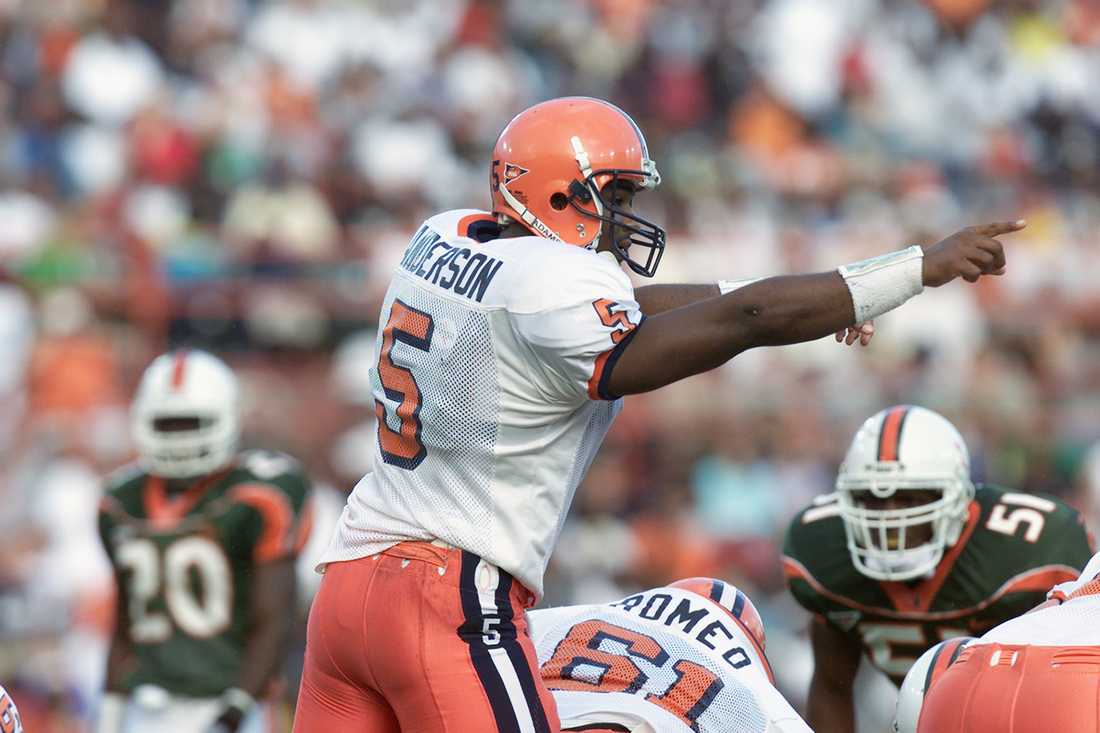 Oregon vs. Michigan State: The speedy (and lucky, as far as turnovers go) Ducks take on the cement-fisted (and all-time unlucky) Spartans, and this is a very interesting football game you should be excited to watch on a football gridiron during this football tournament.

Boise State vs. Ohio State: Despite this being a football bracket, there really are a lot of Big Ten teams still alive.

Michigan vs. Florida: On the one hand, the Wolverines actually won their Sugar Bowl. On the other, the Gators blasted that South Carolina team that beat Michigan and are good at things you have to be good at to beat Michigan: stopping the run, containing mobile quarterbacks and exploiting an average front seven.

Syracuse vs. Miami: We're all surprised to see either of these teams anywhere near an Elite anything, but that's what happens when the bracketmakers give you a region full of non-football schools like LIU-Brooklyn and Colorado. The Canes outscored their former Big East rival Orange 196-30 in their last five meetings. But Cuse's offense is sneakily one of the country's best, and Miami fields a non-sneakily awful defense. 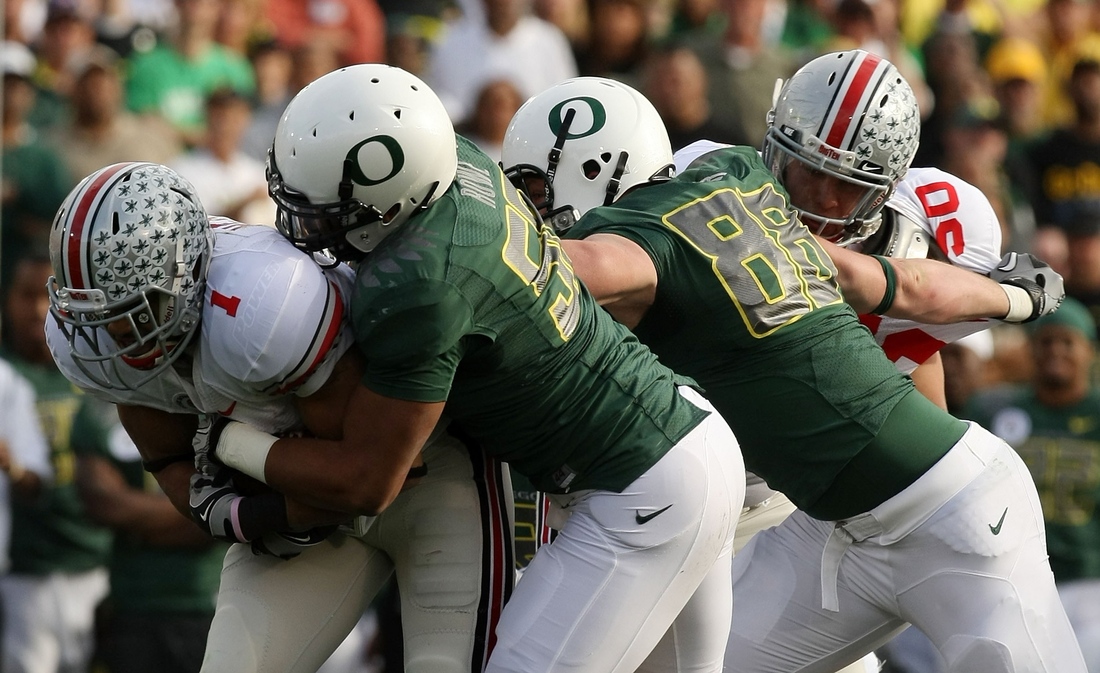 Oregon vs. Ohio State: Jim Tressel's Buckeyes scored the upset in the 2009 Rose Bowl, but this Ohio State edition does not have the defense to hold an even better Ducks team anywhere near 17 points. In fact, a healthy Oregon is superior on both sides of the ball here.

Florida vs. Syracuse: Exactly the game the Gators would lose after beating Michigan, Oklahoma and UCLA on consecutive Saturdays (this is a very long football tournament). Doesn't really matter who wins here, though, because ... 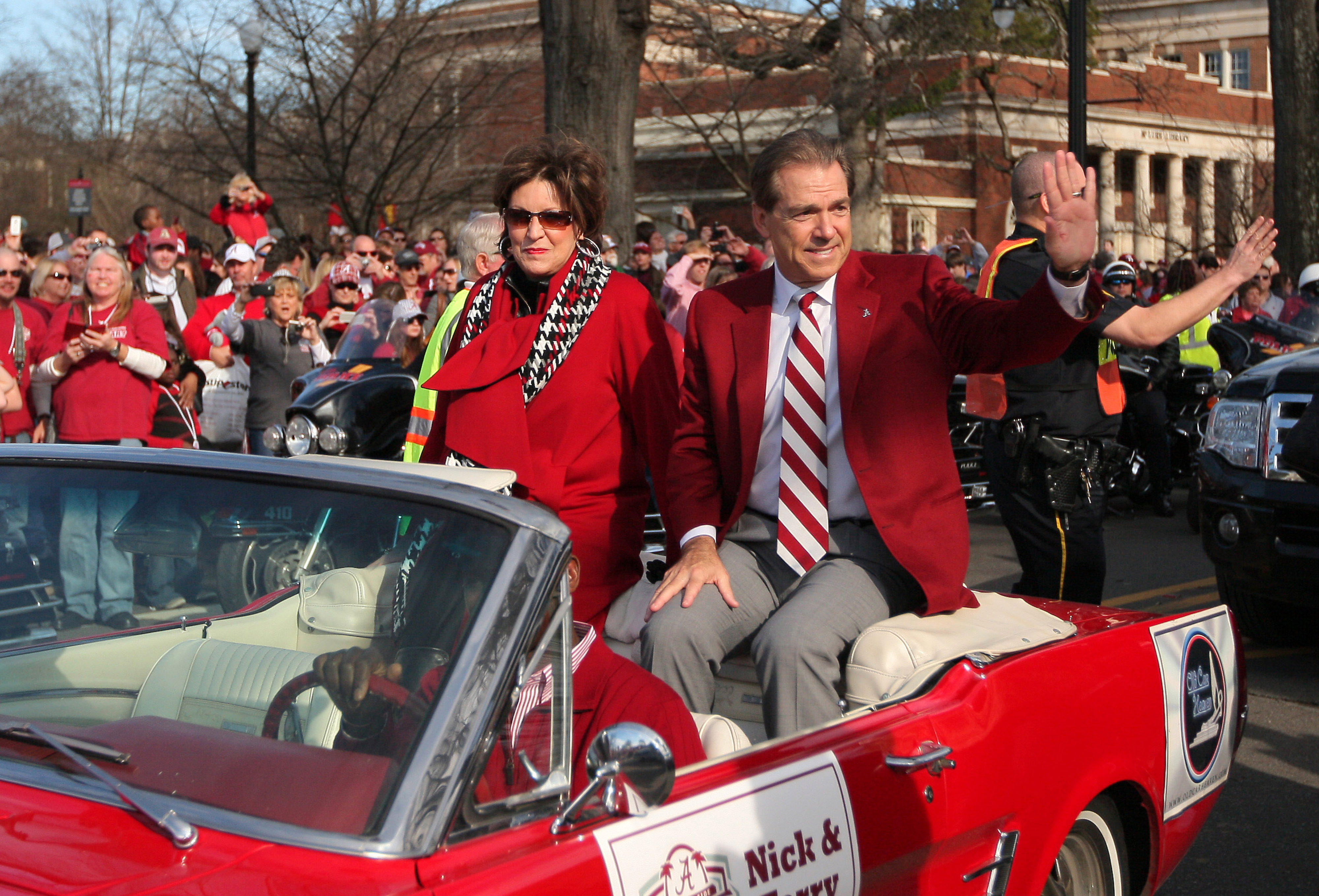 • Longform: The life and death of Earl Badu