Remembering Johnny Manziel's Twitter: 20 or so of his best contributions

Before he decided to stop tweeting, Johnny Manziel proved he wasn't just a Heisman winner on the field, he was also a Heisman winner in 140 characters. Well, I mean, De'Anthony Thomas would be the Tweisman, but Manziel would get the invite to Radio City.

He did it with a variety of very similar tweets, displaying that he doesn't really care what anybody thinks about anything and that he likes flashing money at cameras and listening to Drake. We broke down his best Tweets by category, so that they may live in memory forever.

Johnny Manziel interacts with people of varying levels of repute

Johnny asks Rick Ross to go clubbing in Miami with him:

It appears that happened: 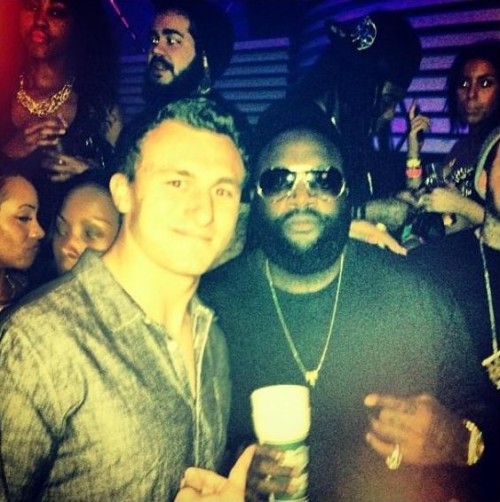 That's a message to often ill-advised Ole Miss basketball player Marshall Henderson, which of course got a positive response.

That's a guy who stars in videos about frat life.

Happy Birthday to a man that has been nothing but great every time we've crossed paths. @bunbtrilloghave a great one!

Is it bad to admit on twitter that I'm a Belieber?! @jstew11

Also: Johnny Manziel hanged at the Super Bowl with Justin Timberlake and Jessica Biel, the cast of Duck Dynasty and Von Miller, as documented by his Instagram.

Johnny Manziel claims to have saved a kitten

Just rescued a kitten from the middle of Wellborn Rd. instagr.am/p/QDHa5Eo3Og/

Bud that isn't a full Dra-

"Started from the bottom now the whole team here...yuhhh"

These late nights in Toronto have been the greatest nights #5am

Johnny Manziel shows he cares not a whit

Great visit to the hospital today in Connecticut made a ton of new friends. Hopefully this picture passes compliance.. twitter.com/JManziel2/stat…

"@wwmcclyde: For the last 15 mins. A&M SID has been frantically trying to reach @jmanziel2 to beg him not to respond to Mike Stoops"too late

TFTC, of course, standing for "Too Frat To Care".

Johnny Manziel denies things you saw on the internet

NOT my phone number

Confused why all these people are saying I said something bad about Aaron Craft. Can anyone enlighten me?

Nothing illegal about being 18+ in a casino and winning money...KEEP HATING!

Have all the respect in the world for Notre Dame and Manti Teo but I've gotta say it. ROLL DAMN TIDE #SEC7