With the helmets, can't wait to get these guys out on the field in these uniforms! #ReBeaved twitter.com/Coach_Riley/st…

All Oregon State Beavers teams will have new looks in 2013, the school revealed Monday night. The Beavers join their in-state rival, the Oregon Ducks, as schools that have gotten major make-overs by Portland-based giant Nike. Oregon State has gotten several Nike Pro Combat uniforms in recent seasons, but their regular uniform hasn't really been changed since the 1990s. You can read all about it here. 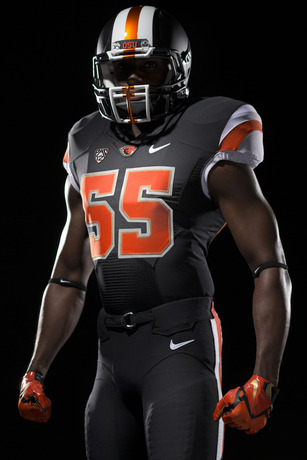 In addition to the new logo and uniforms, bronze is now an OSU accent color.

During the reveal, Oregon State athletic director Bob De Carolis declared the rebrand as being about three things: "Recruiting, recruiting, and recruiting." He also asked the crowd for "a YOLO."

That message was echoed by another important Beaver:

Their old logo had been in use since 1997, and is replaced by a similar, but more pointed and less distressed looking version of the Beaver head. A similar logo was leaked back in early February. De Carolis hinted that the program was going to shake up its image back in October, but progress was kept quiet until the logo leaked. 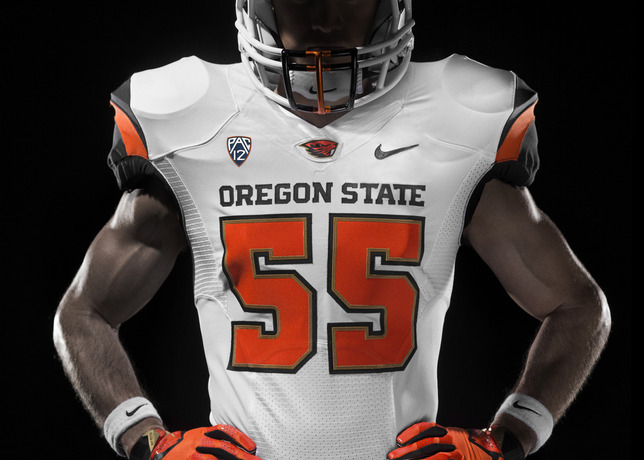 Plenty of Beavers fans showed up to the uniform debut at the Alumni Center on the Oregon State campus.

RT @suzanne_flores: At the unveiling of the new athletic logo w/lots of excited Beaver fans. ... These fans! --> twitter.com/oregonstateuni…

The Beavers will debut their new look in regulation action on Aug. 31, when they open the 2013 season at home against Eastern Washington. 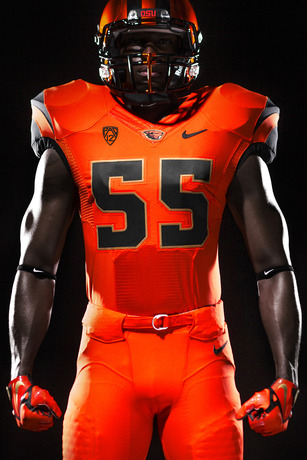