A remarkable achievement, considering ADT only sponsored the AFCA Coaches Trophy (awarded to the winner of the Coaches' Poll, which is by contract the winner of the BCS National Championship) from 2003 until 2005, meaning the Rebels put together a national title threepeat. Many had believed the national champions of those seasons to be LSU, USC, and Texas, but this tweet has demonstrated the SEC's title streak is already a decade strong.

Freeze simply meant to show off the fact that Ole Miss claims a trio of national championships. The years of those titles, since they're not indicated in this graphic, were the ones claimed by John Vaught's 1959, 1960, and 1962 teams.

Those titles were far from unanimous, with five teams also having the right to claim shares of that 1960 title. According to Wikipedia's collected data, Ole Miss was awarded its national titles by Clyde Berryman, the Dunkel System, and Jeff Sagarin (1959); the Billingsley Report, the College Football Researchers Association, Harry DeVold, Dunkel again, the Football Writers Association of America, the National Championship Foundation (which appears similar to the Researchers Association), and something called the Williamson System (1960); and Billingsley again, something called Litkenhous that appears to be affiliated with the Louisville Courier-Journal and is often used for high school football, and Sagarin again (1962).

No major selector other than the FWAA has ever awarded Ole Miss its national championship. Therefore Ole Miss does have the 1960 Grantland Rice Trophy*, which was awarded by the FWAA. An inferior Minnesota team claimed all other trophies that year.

But other than that, any trophies for national championships in football housed in Oxford have likely been self-commissioned, other than the BALLIN-ass, 17-foot, platinum-and-titanium Dunkel System Trophy that exists in my dreams.

This isn't to say those Ole Miss teams weren't great. The case can be made they're among the very best in college football history, especially the 1959 edition. But any trophies in Ole Miss' case don't look quite like these.

* Like the one on Nick Saban's immediate right here: 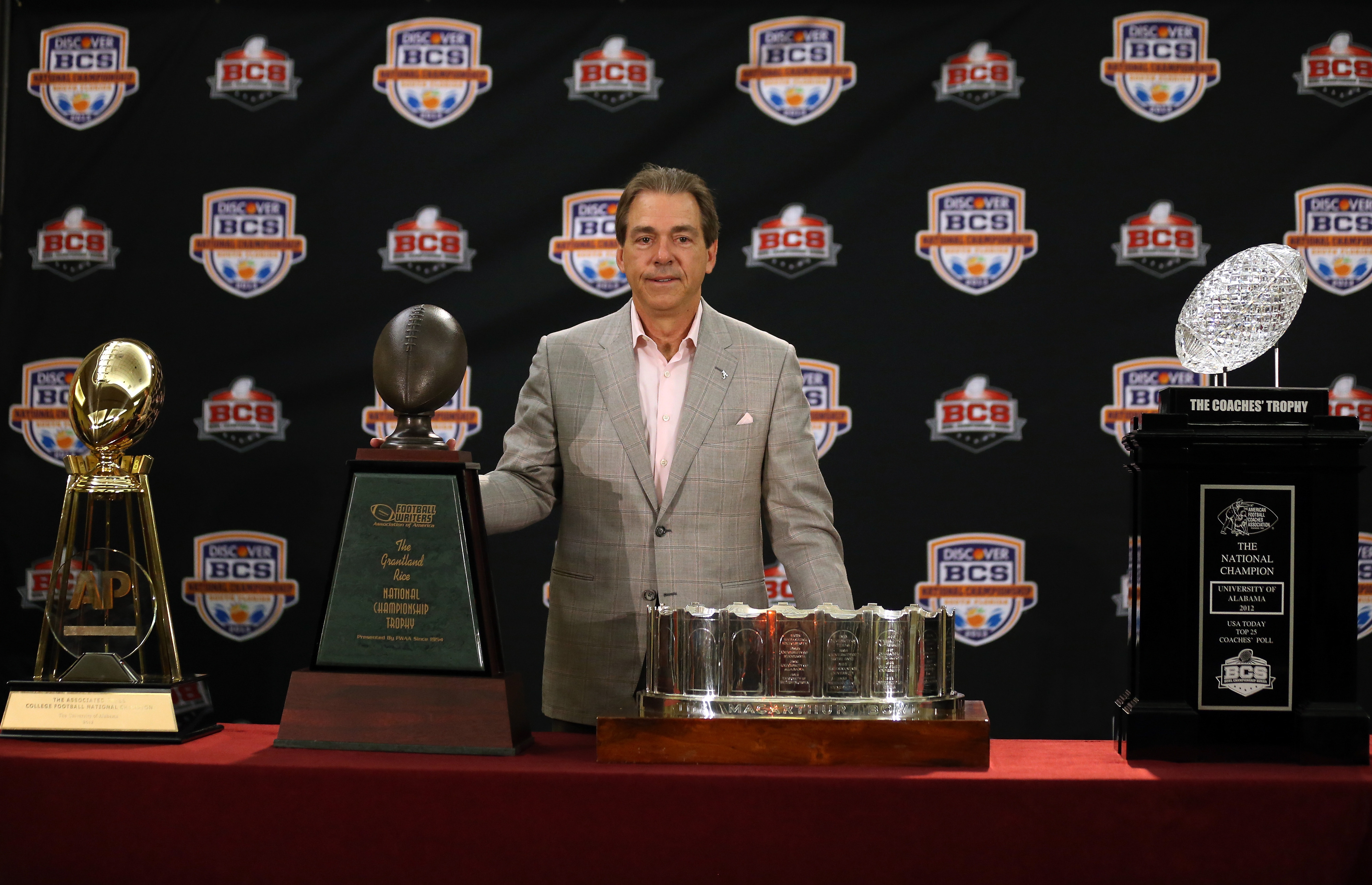 Edit: One correction was at least made somewhere along the way. President Calvin Coolidge became no longer a known unknown:

@jasonkirksbn This is the first picture he tweeted this morning, then deleted: BCS Logo and all (check my TL) twitter.com/SEC_Logo/statu…

• The program with the country’s strangest recruiting Photoshops