SEC Network vs. Big Ten Network: An early tale of the tape

Which college sports conference network reigns supreme? Let's find out in the only way the internet knows how to resolve abstract disputes.

Share All sharing options for: SEC Network vs. Big Ten Network: An early tale of the tape

The SEC and ESPN announced their long-awaited network Thursday, unveiling their plan to reporters in a star-studded event that featured all 14 SEC football head coaches.

The framework of the deal is relatively simple: The SEC and ESPN enter into a contract beginning in 2014 and running for 20 years. CBS retains the right to pick one SEC football game for broadcast every week at its typical 3:30 ET time slot, but the remainder of the games will be shown on an ESPN platform: ESPN, ESPN2, ESPNU, or the new SEC Network. The fledgling 24/7 college sports channel will show three football games every Saturday, as well as a number of basketball and baseball games and other conference-specific programming. In the end, SEC schools are going to make a boatload of money.

If it sounds familiar, it should. It's roughly the same model that the Big Ten used seven years ago to start the Big Ten Network, its own 24/7 college sports network. This is no coincidence; the BTN has been wildly successful, giving the conference the financial wherewithal and internal impetus to pursue expansion, adding three teams and always apparently on the prowl for more.

So whose conference cable network reigns supreme? Let's go to the Tale of the Tape.

Much more on the SEC Network 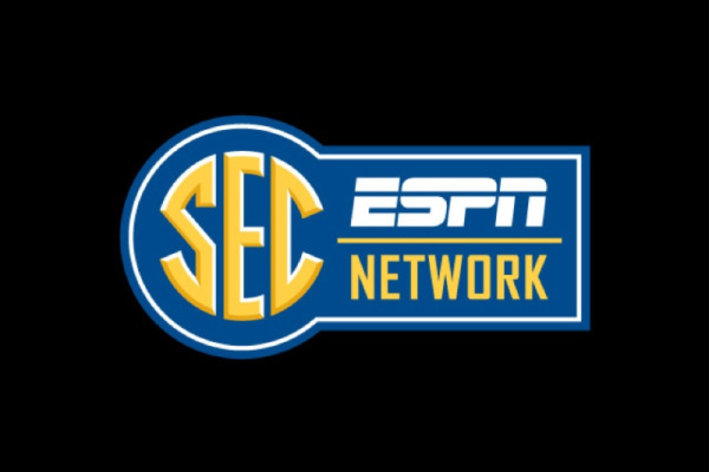 Big Ten Network: A claimed 20 million within the Big Ten's footprint and reported 52 million overall, not including additional subscribers to come in New York, New Jersey, Maryland, and Washington D.C. after the latest round of expansion.

SEC Network: ESPN executives anticipate as many as 75 million subscribers, though the SEC Network faces a number of challenges. For one, the fledgling network must negotiate agreements with each cable provider, DirecTV and Dish Network (as of the day of its announcement, the SEC Network only has an agreement in place with AT&T U-verse). As Big Ten Network executives can tell you, those negotiations are never easy. For another, while there are potentially 75 million subscribers in the South, 70 million of them canceled their cable subscriptions when TNT got rid of WCW Monday Nitro.

Advantage: Big Ten Network, for the moment. Any veteran of the BTN negotiations knows how difficult it can be to turn potential television sets into reality. ESPN is extremely good at this, but even it struggled to sell the Longhorn Network in Texas.

SEC Network: 450 on the channel and 550 digitally, including three football games a Saturday and a truckload of SEC baseball.

Big Ten Network: The BTN produces a nightly highlight show called BTN Tonight. Its behind-the-scenes basketball series, "The Journey," is well-made and frequently captivating television. There are also in-season weekly reports for each sport -- football gets weekly reports throughout the year -- and retrospectives on Legends and Leaders of the past. The BTN also shows classic games, so that hardcore Big Ten fans can watch the 1994 Big Ten champion Nebraska Cornhuskers win a national championship while Big Ten runners-up Penn State had to play in the Rose Bowl.

No, seriously, they do this. It's infuriating.

SEC Network: No word yet, but SEC commissioner Mike Slive told reporters he expects recruiting shows, pro days, ESPN-produced "SEC Storied" documentaries, and "sophisticated interview shows" not necessarily limited to athletics. Every one of these shows should feature Wright Thompson interviewing someone in a learned study filled with leather-bound books and tobacco pipes.

Advantage: SEC Network, but only until they play the 2007 Border War game between Mizzou and Kansas as an SEC Classic.

SEC Network: The new channel is technically the SEC ESPN Network, so the SEC Network is the station's nickname. We can presume organizers considered calling it SECESPN, but worried that fans would read that as "SECESSION."

Big Ten Network: The network changed its name to BTN in 2011, perhaps in an attempt to make people forget there are somewhere between 11 and 17 teams in the conference at any given time.

Big Ten Network: Gus Johnson is the lead BTN basketball play-by-play guy -- BTN even runs commercials notifying viewers where he will be -- and is frequently joined by the slightly irritating but harmless Charles Davis. Dave Revsine and Mike Hall, both ESPN alums, are the network's top studio hosts. Former Indiana and LSU coach Gerry DiNardo, former Illinois running back Howard Griffith, and smirking former Minnesota coach Glen Mason are the football studio analysts. After a rough start, the BTN has found a largely competent stable of on-air personalities.

Big Ten Network: Chicago, which has the benefit of also being the league's home office and frequent home to its conference basketball tournament.

SEC Network: Charlotte, which has the benefits of not even being in the league's home states and frequently hosting the ACC basketball tournament (ESPN already has a production facility there for ESPNU, but come on).

SEC Network: ESPN's reported 100 percent ownership stake in the new venture gives the company all the incentive it needs to get the SEC Network a top-shelf list of advertisers. We're talking all the big names: Coca-Cola, Nike, General Motors, Olive Garden. You name a company, it will want to be on the SEC Network.

Big Ten Network: Stingy rules against gambling, alcohol, and other vices passed down by the Big Ten's powers that be (the conference remains a 49 percent owner of the network) has left the channel largely reliant on Barbasol shaving cream, Ro*Tel canned tomatoes, and Magic Jack to fill its ad space. There remains no question that a can of Ro*Tel and package of Velveeta processed cheese melted in a crock pot and served with store-brand corn chips is the spiciest thing about a Big Ten football Saturday.

[Update: The Big Ten Network has sent us its current list of advertisers, which includes prestigious national brands and sadly lacks Ro*Tel.]

SEC Network: Approximated at $28.6 million per season, when combined with the conference's other television deals with CBS and ESPN. None of that will be given directly to the students playing the games, though Slive wants full-cost scholarships.

Big Ten Network: Over $25 million per season and rising, again when paired with its deal with ABC/ESPN. Not only will none of that be given to the students playing the games, but Jim Delany once threatened to take the conference to Division III and blow the entire thing up if someone makes him do it.

Advantage: Everyone but the athletes.

The conference networks battle it out to a 3-3-2 tie, which feels fitting for a pair of conferences that fought so hard to maintain a system that routinely produced split national championships.

• Everything you should know about the SEC Network