The Sun Devils finally have a version of Sparky that should satisfy their fans.

The Arizona State Sun Devils revealed the new Sparky this Wednesday at noon.

The saga of the new Sun Devil mascot has spanned much of the past several months. The Sun Devils had originally released a new version of Sparky in February with the assistance of Disney. The large orbs that resembled eyes were well-received by just about no one. 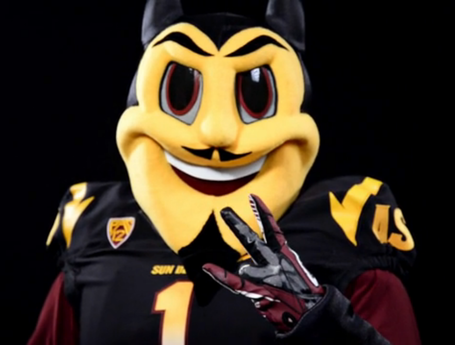 After the initial uproar, the design was scrapped, and Arizona State students, faculty, staff and fans were allowed to pick the mascot features to decide what the new costume look should be.

Then the ASU community was allowed to vote between four different potential new mascot looks. Four versions were featured with various modifications to the head and face. Alterations include changes to the beard, or extra color and shade added into the eyes, or a more sinister smile. None of the alterations are too dramatic from the previous version of Sparky. 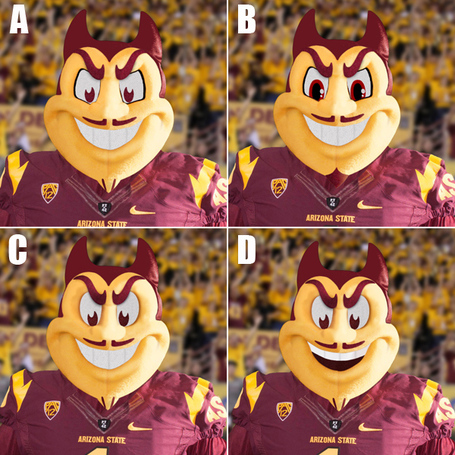 Arizona State provided a video feature examining the evolution of the Sparky mascot.