Bret Bielema, how much slower can SEC football get?

Bret Bielema wants to slow things down. Are the conference's officials already doing that?

Share All sharing options for: Bret Bielema, how much slower can SEC football get?

Earlier this week, Arkansas coach Bret Bielema proposed a rule change which would allow defenses time for substitutions following an offensive first down. Bielema calls it a "safety issue" for defensive linemen, even though he makes no such claims for offensive linemen playing in up-tempo offenses.

No, Bret Bielema is not concerned with the safety of his defensive tackles so much as slowing the game to his usual tepid pace. Among SEC coaches, Bielema is not alone. He's been joined by other coaches -- Nick Saban, Steve Spurrier, Will Muschamp -- who also operate run-heavy, low-tempo offenses in opposition to the no-huddle attacks of Gus Malzahn at Auburn, Hugh Freeze at Ole Miss, and (at least presumably) Mark Stoops at Kentucky.

Bielema's substitution rule could be unnecessary, if the conference is still operating under its "12-second rule." Back in 2004, with new Georgia coach Mark Richt trying to implement his up-tempo offense from Florida State, SEC officials operated under an unwritten rule that slowed no-huddle offenses and left time for substitutions. From The Macon Telegraph in 2004 (via Get The Picture):

Since coming to Georgia, Richt has all but ditched the fast break offense he made famous at Florida State because, he says, the league's officials don't allow him to go fast enough to make it worthwhile. SEC officials are required to pause for 12-14 seconds between each play, and that's not going to change despite Richt's arguments, Gaston said.

"He doesn't agree with it, but he knows what we're doing," Gaston said.

The mandatory pause is to allow the officiating crew to get in position, Gaston said. Richt argued that the officials should put the ball in play as soon as they are set, regardless of how much time has elapsed, but Gaston said that would provide the offense an unfair advantage.

"Mark Richt would eat their lunch," he said. "He would go straight to the ball and snap it. He'd get in 100 plays."

Even now, with the SEC purportedly "loosening up" on up-tempo schemes, the conference's offenses -- huddle and no-huddle alike -- are staggeringly slow. Auburn ran an up-tempo offense under Malzahn in 2010, but averaged just 69.9 plays per game (54th nationally). When Georgia went no-huddle in 2011, it topped the conference with 74.2 plays per game, but that total placed the Bulldogs 32nd nationally and would have been the fourth-slowest offense in the Big 12. It has prompted some to ask whether the unwritten 12-second rule is still in effect.

The SEC as a whole was the slowest among the BCS leagues in plays per game in 2012:

This is due in large part to the philosophy of some of the conference's best teams. Alabama, Georgia, Florida, South Carolina, and Mississippi State were among the nation's slowest teams last year, both in snaps per game and adjusted pace. Auburn was the slowest team in the nation by both figures, a condition that Malzahn will certainly attempt to remedy. The same goes for Kentucky's triumphant return to the air raid. But even Texas A&M and Missouri, who brought high-tempo offenses from the Big 12 to the SEC last year, were slowed considerably. Whether the plodding, methodical ground attacks of Alabama and Georgia had something to do with that is unquestionable.

The question becomes: Is refereeing a factor? Do SEC officials still slow down games, or have they truly let go of the reins on no-huddle offenses?

The answer, from limited information, is "probably not." SEC games are slower, but not primarily because of a fiat handed down from the league office to officials, mandating a pause in the action after every play. The best source for examining whether the officials are having an effect on the slow pace of SEC games is conference officials' performance in bowl games, when both teams are not from the conference.

Is this what we want lovemaking to be? 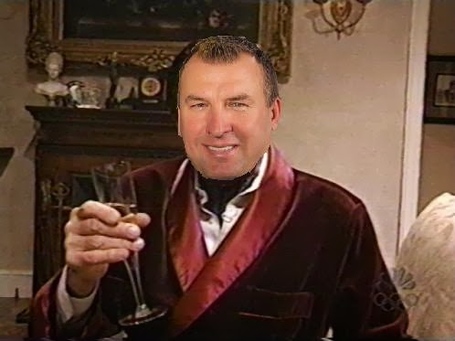 Why, look at the way the earth moves. The earth ain't in a hurry, but ohhhhh baby, when it gets to grindin' it can move mountains. And when it goes too fast? Well, that's when people get hurt: when you go too fast.

SEC officials were in charge of four bowl games in 2012-13: the Orange, Belk, Alamo, and Armed Forces. In three of those four games, the teams as an aggregate ran fewer plays than they averaged in the regular season.

However, the difference was negligible. In the Alamo Bowl, Texas and Oregon State combined for 136 plays, 5.3 plays less than their season average. The Belk Bowl, between Cincinnati and Duke, generated 152 snaps, just 0.5 snaps less than those teams' aggregate average. While Rice and Air Force took nine fewer snaps than average in the Armed Forces Bowl, they were offset by the 7.9 more snaps that Florida State and Northern Illinois took in the Orange Bowl. In the end, games officiated by SEC crews included just 1.73 plays less than the teams had averaged during the year.

That's not to say that conference refereeing cannot have an effect on bowls. In two of three games officiated by referees from the Big East, the nation's second-slowest conference, the teams were more than 13 snaps below average, with the clash of Bielema's Wisconsin and the similarly pro-style Stanford registering 16.6 snaps lower than those teams had averaged during the season. In all five game refereed by officials from the Big Ten, the teams combined for fewer snaps than average (5.0 snaps per game in total). On the other hand, Big 12 officials meant more snaps in three of the four games they refereed, with nearly nine additional snaps per game overall. And the combination of Nevada, Arizona, and ACC officials led to 21.8 snaps more than usual for those two teams in the New Mexico Bowl.

SEC teams, free of the shackles of their conference's referees, actually slowed down slightly in their bowl apperances. Five of nine SEC bowl teams took fewer snaps than average in their bowl games, while only three -- Georgia, Alabama, and Mississippi -- took five or more snaps than they had during the regular season. In all, the 2.37 fewer snaps per game taken by SEC teams in bowls is minor; the conference as a whole continued as it had, regardless of officiating.

The SEC has shown that it can implement a rule change like Bielema is contemplating without formally passing a rule, though the influx of up-tempo offenses in the last four seasons could lead to increased resistance to the return of the 12-second rule.

But the discipline and talent of the conference's best offenses and most successful programs could mean that a change is unnecessary. The SEC will move on at its own pace regardless, thank you very much.

• Why Alabama will not threepeat