O'Bannon vs. the NCAA: What happened, what's next, and what's changed?

After Thursday's hearing on the legal decision that could completely change college athletics, the parties begin holding their breath for the aftermath.

Share All sharing options for: O'Bannon vs. the NCAA: What happened, what's next, and what's changed?

Thursday was not judgment day for former UCLA basketball star Ed O'Bannon and his band of former players in their lawsuit against the NCAA and EA Sports over the use of athlete images and likenesses.

Instead, after nearly two hours of oral arguments in Oakland, Ca. on whether former and current NCAA student-athletes should be allowed to proceed as a class in O'Bannon's suit, or if each would be required to file separate claims against college sports' preeminent governing body, Judge Claudia Wilken took the arguments of attorneys for both sides and the reams of virtual paper filed with the court "under advisement," meaning a ruling will come later (SI's Stewart Mandel, who was in the courtroom, indicated that it could be quite some time before such a ruling).

In the wake of Thursday's momentous hearing, where do we stand? And what happens next?

What did we learn?

Prior to the hearing, attorneys for O'Bannon had filed some documents confidentially. The District Court unsealed many of those documents earlier in the week (the only information left under seal was Big Ten commissioner Jim Delany's home address), and O'Bannon's lawyers produced those documents late Wednesday night and Thursday morning.

"Evidence contained in thousands of pages of spreadsheets show that each avatar was matched to dozens of a real (student-athlete's) identifying characteristics," the plaintiffs' lawyers wrote. "For example, for the NCAA football videogame, EA matched: (1) the name of the real [student-athlete] (2) his real-life jersey number; (3) his position played; (4) his hometown; (5) his year of eligibility; (6) his athletic abilities [on at least 22 dimensions, including speed, strength, agility, etc.]; (7) his physical characteristics [on at least 26 dimensions, including, weight, height, skin color, face geometry, hair style, muscle shape, etc.]; and (8) how he dressed for games in real life (on at least 28 dimensions, including shoes, how they taped, braces worn, undershirts, facemask and helmet styles, etc.).

Berkowitz further reports that NCAA employees raised the issue of the use of player likenesses, but were shouted down by their superiors:

In an unsealed email, an administrator at the University of New Hampshire complained to officials at the Collegiate Licensing Company that EA had accidentally portrayed a star UNH wide receiver with the incorrect race, specifically saying, "Shame on EA," for its error.

"She (and others) seems to be pretty upset that their star player is the wrong color and my attempts to cite NCAA compliance reasons for player likeness, etc. do not seem to be working," writes the CLC employee.

An admin at the University of New Hampshire complained that EA portrayed a star wide receiver with the incorrect race.

Of less importance were details of deposition testimony taken in anticipation of Thursday's hearing. Counsel for O'Bannon emphasized a quote from Horizon League commissioner Jon LeCrone's testimony, in which he conceded that scholarship and other financial aid to student athletes could be considered "some sort of salary." That statement, however, is not significantly different than those from other administrators explaining the value provided to student athletes for their participation.

If the claims made by the former players are true, evidence of EA's intentional use of player images and likenesses in its video games -- and of the NCAA's knowledge of, and consent to, such use -- is overwhelming. But without a class certification, each player would be left to bring a lawsuit, build the mountain of necessary evidence, compute damages, and proceed through trial alone. This is why class certification has become so crucial.

What will the judge decide?

All eyes now turn to Judge Wilken, who apparently did little to tip her hand in Thursday's hearing. As Sports Illustrated's Michael McCann reported earlier this week, Wilken has granted class certification in whole or part 79 percent of the time, a higher-than-average rate.

Lawyers for the NCAA, EA, and CLC focused on the "commonality" factor of the class-certification requirements, particularly with regard to damages. In order for the class to be certified, the court must find that there are common issues of law and fact between the class members. O'Bannon has claimed that each player who has had his likeness used improperly has suffered roughly the same damages because each has received no compensation for that use.

On Thursday, the defendants repeatedly attacked on a fairly basic principle: the likenesses of better players are worth more than those of bench-warmers. If damages vary wildly between members of the potential class, commonality may not be met.

Wilken adopted the NCAA's argument and sharply questioned O'Bannon's attorneys over the discrepancies between future millionaires and Club Trillionaires, but hinted at a decision that would allow the class action to go forward to trial:

Judge suggests if a jury did not accept plaintiffs' plan of equal revenue for every athlete, the class would have to be decertified.

In other words, Wilken is floating the idea of certifying the class and posing the question of equal damages to the jury. If the jury does not find that the athletes lost equal revenue as a result of the use of their likenesses, the class would be decertified following the trial. That would allow for certification in the short term, but would make trial an all-or-nothing proposition for the plaintiffs. If it is her decision, it is hardly an unquestionable victory for O'Bannon.

The likeness of better players is worth more than than of bench-warmers.

Judge Wilken was clearly concerned with the efficiency of a potential jury trial in a case that, in its current form, could involve dozens of attorneys (25 lawyers were in attendance at Thursday's hearing). She deferred to a hypothetical jury on the determination of many fact issues and repeatedly attempted to focus attorneys who veered too far from the point of the proceedings. She also revealed some frustration over the volume of pleadings and motions filed by both sides, at one point refusing to review a slideshow prepared by O'Bannon's lawyers because she "[did] not want to read any more."

In all, Wilken's questioning showed some clear skepticism as to the players' commonality, but likely not enough to defeat certification, and the NCAA's focus on that element shows that it is the key to certifying the class. If Wilken lets O'Bannon pass on commonality, the other factors are unlikely to derail certification.

While both camps wait for Judge Wilken's decision, the next fight will be over the form of O'Bannon's complaint.

NCAA attorneys have complained that O'Bannon has continued to change his claim, a point that Wilken agreed with Thursday. Rather than dismiss the new claims, Wilken requested that O'Bannon's lawyers amend their claim to clarify and limit some legal issues.

Most important among those edits: adding an active player as a plaintiff. Michael Hausfeld, the lead attorney for the players, said that he has been approached by players to join the case and was preparing to add at least one current player to the suit, but that he would move for the player's name to remain confidential for fear of reprisal.

College football players should make more money than your dad 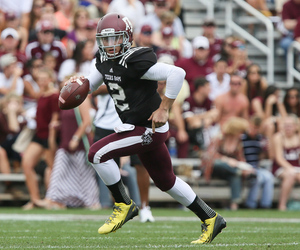 Hausfeld also told Judge Wilken that the plaintiffs are no longer pursuing damages for the use of players' likenesses in jerseys and other apparel, and will presumably remove that claim from the complaint.

O'Bannon has shown no intent to relent on his other damage claims, particulaly involving television broadcasts of college football and basketball games. While the evidence of the use of players' likenesses in video games is fairly apparent, the television claim could be more difficult. It could also be much more lucrative, as the major conferences -- and the NCAA itself -- have cashed in on new TV deals and cable networks like BTN in recent years.

The NCAA tried to snuff the TV allegations out, but was stopped by Judge Wilken's request for an amended petition. It will now take aim at them on their substance, and significant questions abound. That means the next big point of contention will almost certainly be the viability of the plaintiffs' television claim.

• Ranking every CFB team by the Entertainment Index

• The All-Big Ten recruit team dominated by GUESS WHO