The 2012 Penn State football exodus: Where are they now?

Fifteen players left the Nittany Lions after the NCAA handed down crippling sanctions in July 2012. One year later, what happened to them?

Share All sharing options for: The 2012 Penn State football exodus: Where are they now?

On July 23, 2012, the NCAA and Big Ten leveled Penn State's football program with crippling sanctions for the school's and former coaching staff's roles in the Jerry Sandusky coverup.

The NCAA hit the team with yearly and overall scholarship reductions, a four-year postseason ban, huge fines against the university and allowed for any player to transfer to any other school without having to sit out a season. To facilitate as much player movement as possible, NCAA president Mark Emmert permitted other programs to use 2013 scholarships if they wanted to bring in 2012 Penn State players.

The expected flood never came, a testament to new coach Bill O'Brien and the internal leadership within the program. After an initial feeding frenzy, in which Illinois coach Tim Beckman's assistants camped out in the PSU football dorm parking lot for a day and Lane Kiffin did everything but send heart-shaped notes to Silas Redd, all but 15 Nittany Lions remained at Penn State. A handful of recruits decommitted from the program as well.

After a couple of speed bumps in September, Penn State went 8-4 overall and 6-2 in the Big Ten. Former walk-on Matt McGloin, when dropped into O'Brien's offense, transformed into an exceptionally effective pocket passer. The senior-laden defense held together to rank among the nation's best in scoring defense. Oddly enough, the hardships imposed by the NCAA and the new O'Brien system made the Nittany Lions one of the Big Ten's most entertaining teams to watch. Those who stayed did not become champions, but they were a lot of fun regardless.

Whatever became of those who left? 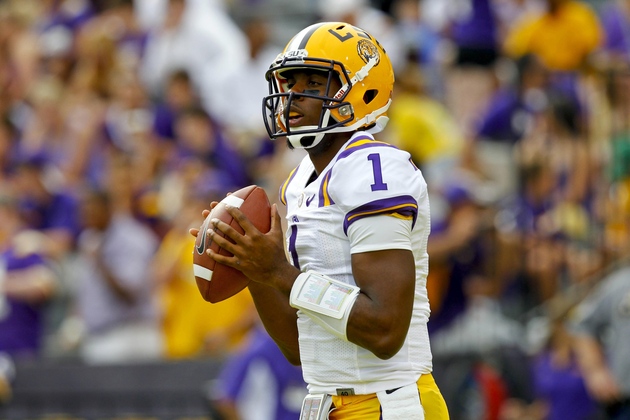 Bolden was one of the most obvious candidates to transfer. He was a former four-star recruit who became Penn State's first true freshman starting quarterback in 100 years. Bolden proved largely ineffective in Paterno's offense, though, and was passed by McGloin while recovering from a concussion in 2010. Bolden reportedly requested a transfer after that season, a request that Joe Paterno rejected. He wanted out, and now he had his chance.

Bolden's escape hatch was in Baton Rouge, where Les Miles expected him to back up Zach Mettenberger. Bolden missed spring practice with an injury and ended up redshirting.

LSU has five scholarship quarterbacks, and Mettenberger returns again this season. In other words, things do not look good. 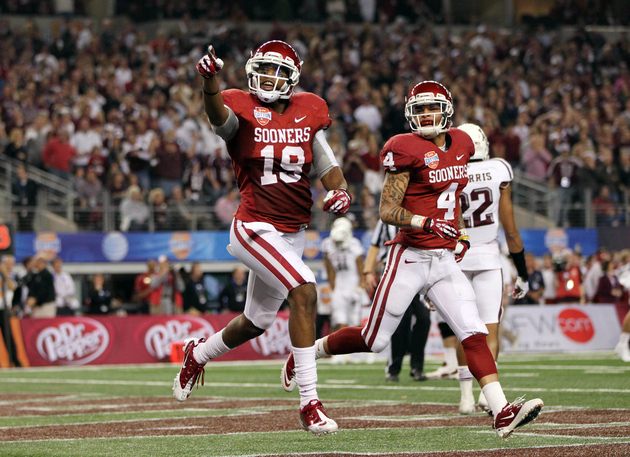 This is the only true success story of the 15 transferees.

Brown was slated to start at wide receiver for Penn State in 2012. He bolted to Norman, where he quickly became a starter for the Sooners. Brown finished second on the team in receptions and receiving yards in 2012, hauling in 73 passes for 879 yards and five touchdowns. His 2012 reception total was just two catches short of his reception total over his first three years in Happy Valley.

Pittsburgh selected Brown in the sixth round of this year's NFL Draft, so he'll return to western Pennsylvania next year.

Buckley, a redshirt freshman in 2012, was listed as a backup free safety on Penn State's post-spring depth chart. The Raleigh native was the first Nittany Lion to take the plunge, moving closer to home.

The Wolfpack moved Buckley to strong safety, where he managed to see action in 11 games. He's listed as N.C. State's second-string strong safety after spring practice. 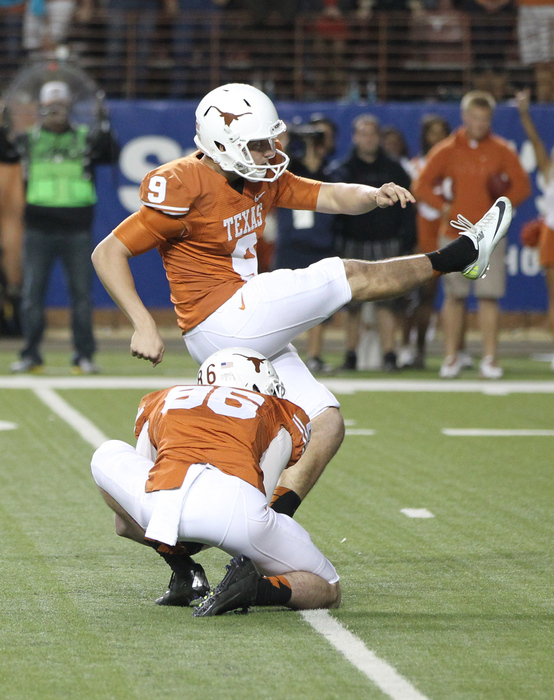 Fera's transfer was probably the most difficult. The special teams star is a Texas native, and his mother was diagnosed with multiple sclerosis just before Fera left for Happy Valley. He clearly wrestled with the transfer issue for some time, but eventually decided to move closer to his family. Fera issued a moving, heartfelt statement supporting his former teammates and put together a plan that would allow him to graduate from Penn State after finishing his last year in Austin.

Fera was supposed to be just what the Longhorns needed. A Lou Groza Award finalist in 2011, he was known as an accurate field goal kicker (14 of 17 for PSU in 2011) and booming punter (42 yards per punt in 2011), and was welcomed with open arms by Mack Brown.

But kicking is a finicky thing, and it did not click for Fera at Texas. First, he suffered a groin injury that kept him out of action until October. He then missed two of his first four field goal attempts and shanked a couple of extra point attempts. By November, he had lost most of his placekicking duties to freshman Nick Jordan. He has one year of eligibility remaining, but was moved to full-time punter during spring practice, according to the Sporting News.

Fortt played extensively for the Nittany Lions as a sophomore in 2011, recording 33 tackles, six TFL, and 2.5 sacks. He was expected to compete with Glenn Carson for the starting middle linebacker spot in 2012.

Instead, he moved to the West Coast on Aug. 1. Fortt then suffered a knee injury that caused him to miss the entire season. He had a redshirt year to use, and new coach Sonny Dykes is installing a 4-3 defense that matches what Fortt had played in at Penn State. He should compete for a starting spot this year.

Graham, a backup tackle with little chance of breaking through the two-deep, told coaches he was quitting football on Aug. 12. He remained enrolled at Penn State, where he plans to finish his degree. 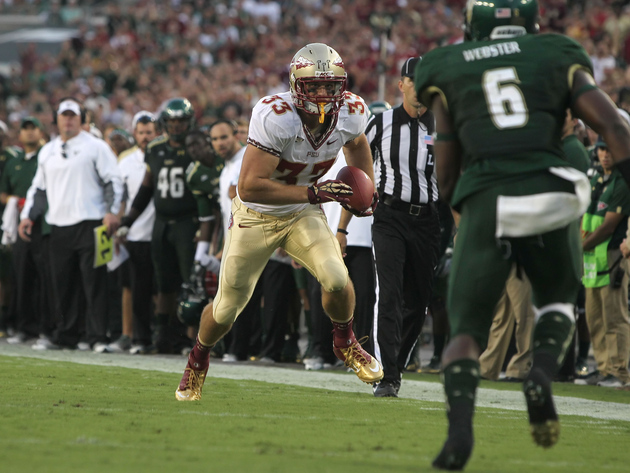 He had been persuaded by Redd, Bolden, Fortt, and Jones to the Nittany Lions. All five players will be somewhere else.

A former three-star recruit from New Jersey, Haplea told Rivals he had been persuaded by Silas Redd, Rob Bolden, Khairi Fortt, and Paul Jones to commit to the Nittany Lions. All five players will be somewhere else in 2013.

Haplea had Florida State on his short list before taking the plunge with Penn State and ended up with the Seminoles after he decided to leave PSU. The junior tight end, slated to compete with Garry Gilliam for the Penn State starting job in 2012, played a backup role for FSU. He ended the season with three catches for 15 yards while playing primarily as a blocker.

Jones, a former five-star quarterback recruit, joined the parade of high school superstars to succumb to the wiles of Matt McGloin. Widely expected to be the starting quarterback, Jones was instead moved to tight end.

He announced he was leaving the team "for personal reasons" in late September. The redshirt sophomore never attempted a pass for Penn State, but should be in line for the vacant quarterback position at FCS Robert Morris in 2013.

Kersey was Penn State's most experienced wideout entering 2012. He caught six passes in Penn State's first two games of 2012, doubling his career reception total and entrenching himself as a contributor in O'Brien's pass-happy offense. So when he announced his intent to transfer on Sept. 11, it was chalked up to the fact that PSU lost both games. After he left, the Nittany Lions won eight of 10 games with nary a drop in wide-receiver production.

In January, Kersey announced he would play his final season at Marshall.

Marcincin, who was competing for the starting placekicker position after the transfer of Fera, told coaches he was giving up football for personal reasons on Sept. 13. It may have had something to do with Sam Ficken retaining the starting job despite making just one of his first five field goal attempts. He remains enrolled at Penn State, but has not returned to the team. 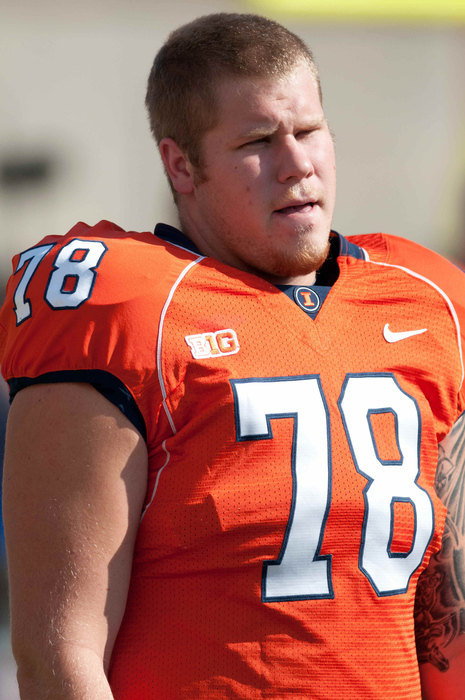 Nowicki was the only player to succumb to Tim Beckman's parking lot press in August, and in the process became the lightning rod for the remaining Penn State players and many of the team's fans, as the Daily Collegian reported:

Nine former Penn State players have transferred to other schools in wake of the NCAA's harsh sanctions against the university. Backup offensive tackle Ryan Nowicki is the only one to depart for a Big Ten team -- Illinois.

Morris has been outspoken about such departures, tweeting August 2: "One thing u don't do is Jump from big ten school to another big ten school."

Ex-Penn State wide receiver Justin Brown transferred to Oklahoma on Saturday. Morris was good friends with Brown and he "wished Justin and [the other transfers] nothing but the best."

Morris should feel better about Nowicki now. After a season at Illnois where he didn't take a snap, Nowicki has announced he's transferring to Northern Arizona on a family hardship waiver. Not only did Beckman's decision yield zero actual snaps, but it took a scholarship off the 2013 roster of a team that could probably use it.

Pollard was the first recruit to commit to Penn State after the Sandusky allegations went public in November 2011, a source of hope for Nittany Lion fans and a bulwark against the notion that Penn State's recruits would jump ship.

He endured the childhood tragedy of having two sisters murdered by his older brother, and decided to move closer to his mother in New Jersey. He was the only PSU transfer to sign his letter of intent knowing of Sandusky's abuses, but also was the only departure who would've never seen the postseason under the NCAA sanctions. 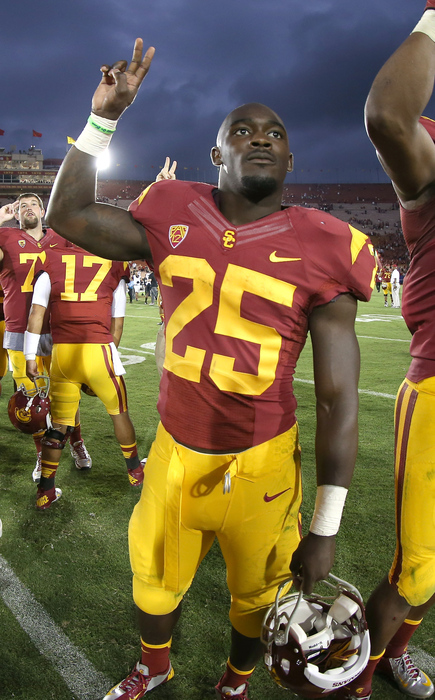 The moment the NCAA announced any Penn State player could transfer without penalty, Redd became college football's top free agent. As a sophomore in 2011, he rushed for 1,241 yards and seven scores, and his four-star pedigree only added to his value. Redd did nothing to hide his interest in leaving, and Kiffin did little to conceal his courtship of the halfback his top-rated team desperately needed (he later called the recruitment "pretty easy"). Kiffin took five coaches to Norwalk, Conn. to meet with Redd on July 26, brought Redd to USC the following weekend, and finalized the transfer by Aug. 1.

Redd struggled with the Trojans, running for fewer yards on fewer carries than he had the previous season at Penn State. He topped 100 yards rushing just three times and totaled just 177 yards in four November games. He has one more season of eligibility with the Trojans.

Royer, who received a four-star recruiting ranking based largely on his ability to jump in waist-deep water, announced his decision to stop playing football on Aug. 9. Penn State recruited him as a defensive end, but O'Brien moved him to tight end in the fall. He remained enrolled at Penn State and was scheduled to graduate in May, after only three years at the school.

Thomas played sparingly under Paterno and was listed as a co-starter at cornerback in O'Brien's post-spring depth chart, but opted to depart for West Virginia in late June for "personal reasons." Even though his transfer was announced before the sanctions went into place, Thomas was allowed to play in 2013 for the Thundering Herd and played behind fellow junior Monterius Lovett for most of the season.

There it is. Fifteen players, just one of which showed definitive improvement in his first season away from Penn State. Most spent the season in the same position they had previously held, but on worse teams.

The grass may indeed be greener in Happy Valley, after all.

• O’Bannon vs. the NCAA: What happens next?