The Big Ten has been busy shuffling its bowl game tie-ins over the past several months. Here are some frequently asked questions to get you caught back up on where things stand.

Share All sharing options for: FAQ: Big Ten football's new bowl game lineup for 2014 and beyond

The Big Ten reshaped its bowl lineup this spring, coming to agreements to play in the Pinstripe Bowl against the ACC, and the Holiday Bowl and Kraft Fight Hunger Bowl against the Pac-12 as of 2014. It can be difficult to keep track of which conference is playing which bowl right now, so we've put together a quick FAQ to try to get things settled.

More: For more on the Big Ten, check out Off Tackle Empire

What will the Big Ten's new bowl lineup look like?

Who will the Big Ten play against?

The Big Ten has exchanged bowl games against the Big 12 for games against the Pac-12 and ACC. The conference will also share tie-ins with the Gator Bowl and Music City Bowl with the ACC, allowing the two conferences to share the bids to those bowls. With the new bowl games coming into the fold, the Big Ten is pulling out of the Buffalo Wild Wings Bowl and Meineke Car Care Bowl of Texas to make room.

The conference will adopt a tiered selection system, which will allow it more discretion in where teams are placed than the standard ranking system allowed. Those tiers, and the opposing conferences in those games:

More: Bowl games we wish were still around The All-Big Ten recruit team

Where the heck are all these bowl games? 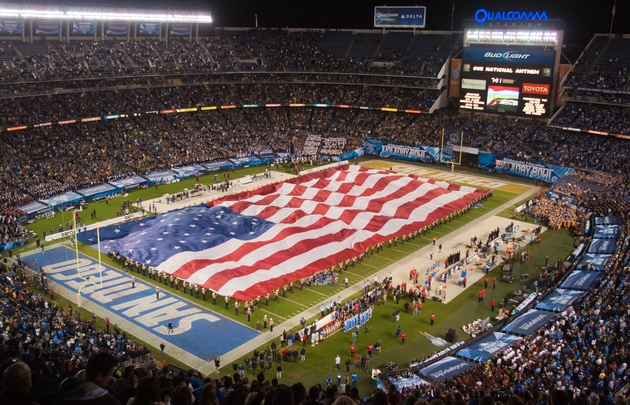 Why did the lineup change?

Because the Big Ten is scared of the SEC ha ha ha Outside of the Rose Bowl, the Big Ten has used Florida as its primary bowl game destination for decades, and things had just gotten a bit stale. You can go to the same place only so many times before a shakeup is necessary. The conference has a good relationship with the Pac-12, so it makes sense that it would try to get more bowl games out on the West Coast.

The deal with the Pinstripe Bowl makes sense along similar lines. Jim Delany and company are making a play for the ever-elusive New York City college football eyeballs by bringing in Rutgers, and a yearly bowl game in Yankee Stadium is another way to get the brand in front of people -- literally, as the deal includes adding Big Ten branding to the park.

Could this have an impact on recruiting?

I mean, maybe? There's a huge amount of talent on the West Coast, and getting additional opportunities to play games in front of it doesn't hurt. However, I'm not sure this will have a recognizable impact on recruiting. If a kid from California wants to play games in front of his friends and family, I doubt that one or two possible bowl games will be enough to get him to consider going east for college. Exposure is a good thing, but this probably won't present a large enough sample to really change minds.