Adidas has set up the Cornhuskers with a new set of alternate uniforms, and they are certainly different. 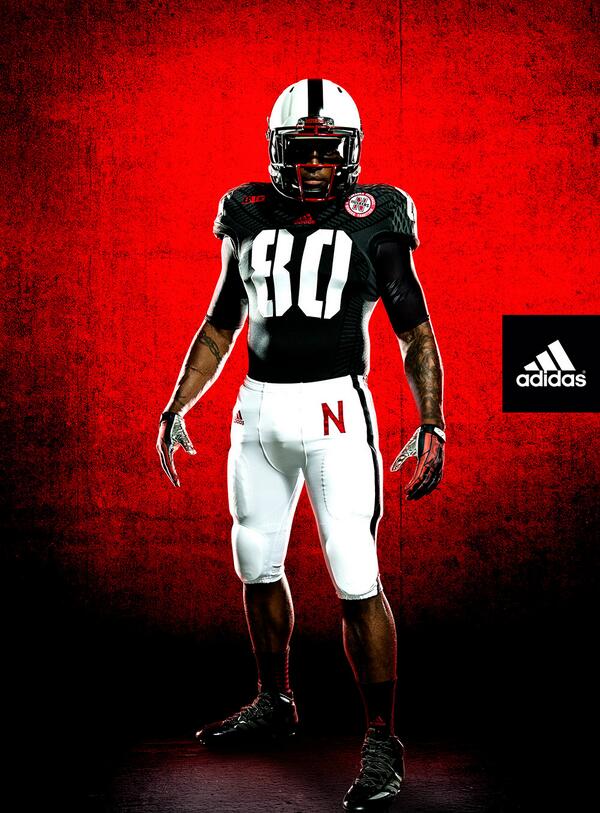 Nebraska will wear a special set of alternate uniforms for its Sept. 14 game against UCLA. Pictures of the uniforms were tweeted by Adidas, and include a white helmet with black stripe and red N, black jersey with white stencilled numbers and black ... slash marks (?), and white pants with black trim. It seems that the only traces of red on the uniform will be the names on the back of the jersey, an N logo on the pants and helmet, and the Adidas and Big Ten logos on the front of the jersey.

Adidas also released a video for the uniforms:

More: For more on the Huskers, check out Corn Nation

Corn Nation actually predicted that the Huskers would wear them against UCLA last week, as UCLA is a fellow Adidas program. The Bruins themselves just got a new set of jerseys, but it should be noted that they will also be suiting up in a special one-off uniform too.

Nebraska wore an odd alternate uniform last year for its game against Wisconsin. These did not receive rave reviews. 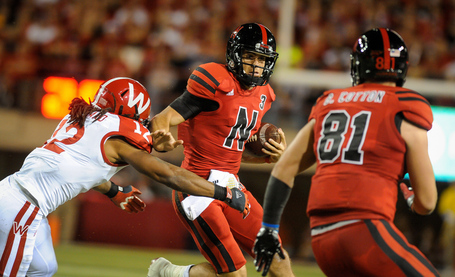 So what do you think? Better than last year's effort? Is the literal black shirt a little too on the nose?

WOoooO! DEFENSE! RT @Andy_Staples: Crazy to think that Nebraska finally busts out black jerseys for a game someone will probably win 55-48.

What I want to know is - where's the fucking cape?