The ACC's full conference schedule setup for the next decade is below. 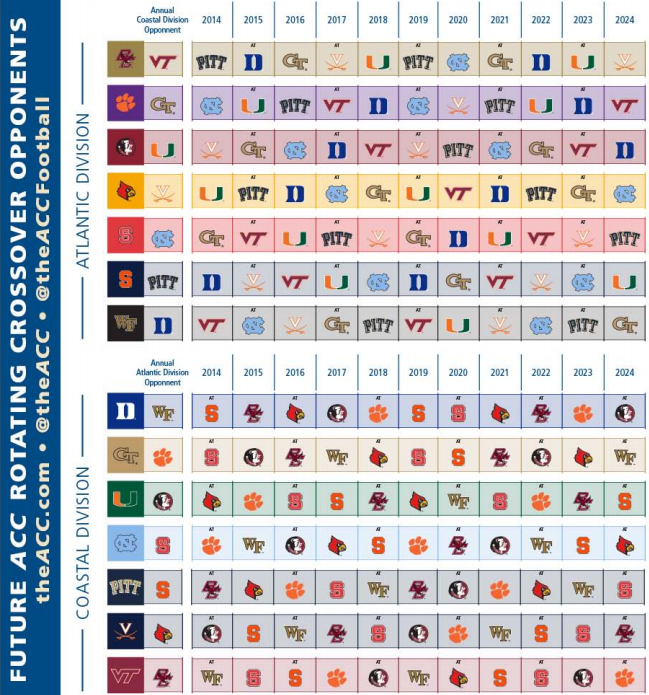 The ACC has released the conference's rotating crossover schedule, which extends all the way through the 2024 season.

The ACC will be up to 14 teams when Syracuse and Pitt join for the 2013 season and Louisville in 2014, with the Orange and Cardinals being put in the Atlantic Division and Panthers in the Coastal. With seven-team divisions and an eight-game conference schedule, the schedule shifts from a 5-2-1 format to a 6-1-1 model.

The rotating crossover opponent is the one ACC team that changes every year on each ACC teams' football schedules. With the addition of Pitt and Syracuse to the ACC this fall, each ACC team will play all six divisional opponents annually, one primary crossover team from the opposite division which does not change, and one rotating team from the opposite division which does change.

The league previously announced a future home and away schedule for divisional opponents and for each school's primary crossover team as well as each school's rotating crossover for 2013. Today's announcement completes the conference schedule for ACC teams from 2014 through the 2024 season.

The criteria used to develop the schedule includes the following:

• Could Georgia have the country’s best offense?