ACC and other leagues celebrate official additions of new members

Several conferences are welcoming new schools to the fold on Monday.

Share All sharing options for: ACC and other leagues celebrate official additions of new members

It's July 1, and that means several conferences are celebrating the official additions of new schools, which may or may not render some regionally-themed conference names ridiculous. But then again, we're already well beyond the point where the actual official number included in a conference name should be presumed accurate.

The ACC is in New York City to celebrate the additions of Syracuse, Pittsburgh and Notre Dame -- the Irish joining in every sport save football, of course -- and they brought the mascots with them. Let's just check in to see how that trip is going --

Well that got weird in a hurry.

Here we see N.C. State's Mr. Wuf, who appears to have caught a bra and several anterior cruciate ligaments: 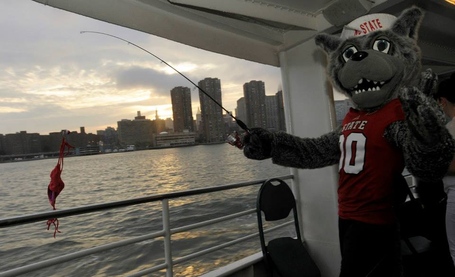 A couple more highlights from the ACC boat cruise: 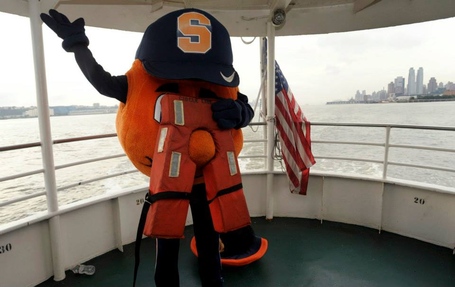 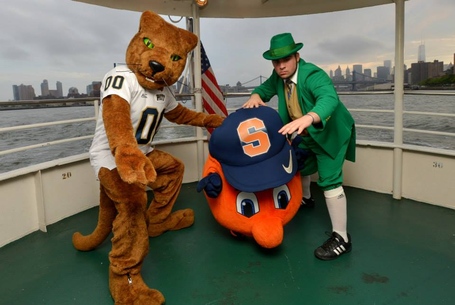 (photos via the ACC)

In other and generally less awkward expansion announcements, both the AAC and the Mountain West released videos to commemorate their respective additions:

Fans of AAC schools are understandably beaming with pride this fine morning.

• The year’s biggest recruiting event is upon us