Players and coaches alike had the opportunity to goof off in a photo booth at the ACC Football Kickoff Sunday and Monday.

The ACC provided coaches and players access to a photo booth with silly props during media days, which allowed everybody to ham it up a little bit. UNC's Bryn Renner and Kareem Martin decided that a rendition of a Kelly Clarkson song was a good idea. (It was not a good idea.) Virginia's Morgan Moses also got in on the singing, though he receives a pass thanks to his spectacular beard.

Will Jackson of Georgia Tech took the opportunity to offer an impersonation of Paul Johnson, while the Syracuse players put their own spin on a classic Saturday Night Live skit. Also, Duke's Ross Cockrell was videobombed during a discussion of his favorite movie, Troy. So, all in all, a pretty typical ACC Football Kickoff.

There was one clear winner in all of this, though, and it wasn't a player. Behold:

Here's a glance at the other goings on in the booth...

CJ Brown & Dexter McDougle during ACC Media Days. The 3rd picture is prior to the photo booth. pic.twitter.com/N2miDD6omN

Jimbo Fisher with a tender moment:

One of the best and thoughtful photo booth moments of the @theACCDN at the #ACCKickoff. #Noles pic.twitter.com/LES2Pa0Iy1 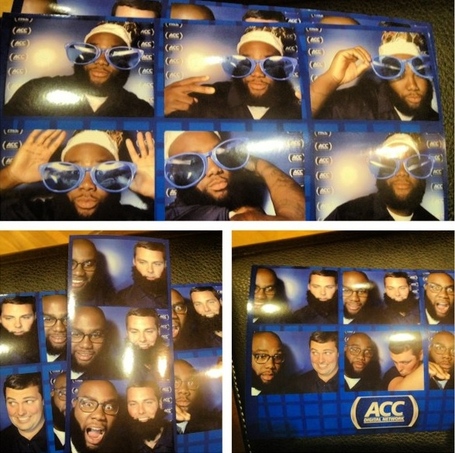 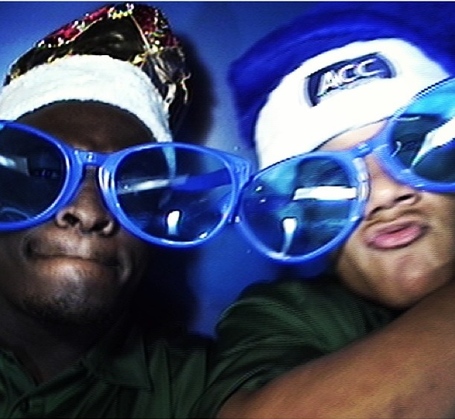 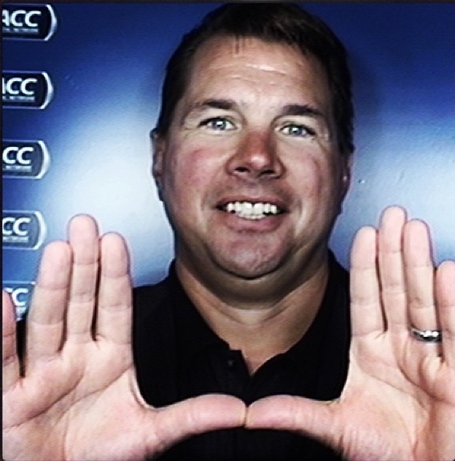 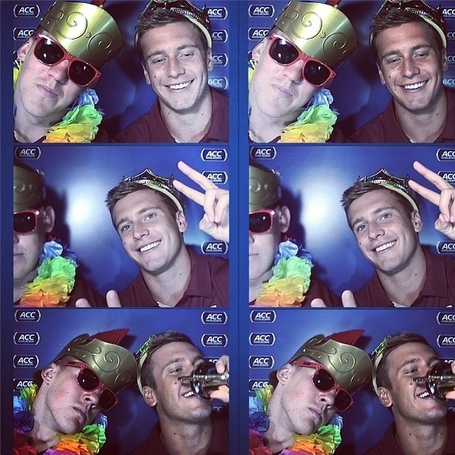 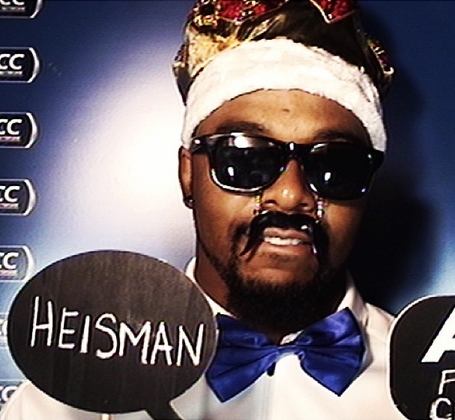