The Bears coach is capturing hearts and minds, from these football fields to these streets.

Art Briles is pretty cool. His Baylor Bears teams are really fun to watch, and it's tough not to be a fan of his whenever you see him interviewed. His popularity won't be limited to the football field for long though, because these streets are watching:

'I can throw,’ he said of his [rap] skills. ‘I don’t know about [throwing] down, but I can throw every once in a while with the right rhythm and the right attitude in the right environment. I don’t want to disrespect any artists, but we all did our time and started at different spots and now we’re here.'

You may not like Drake, but I'd imagine there aren't a lot of coaches who do this. Imagine Nick Saban *listening* to rap, let alone rapping. Okay, now stop imagining that.

He went on to say that, ‘There are songs that you can use correctly for inspiration. I've been a music guy all of my life. I've always been inspired by music and lyrics.'

This is not the first time Briles has gone on record saying he spits rhymes on the regular. Back in May, he said he likes to rap along with Young Jeezy's "Everythang," because of course he does. Who doesn't?

When else does Art Briles rap? Well, all the time, really. During an interview with SB Nation's own Spencer Hall, for instance:

Just living every day, trying to be my best, just like we ask our players.

[Turns up volume in headphones]

I've always said, you wanna see grandmomma get out of her seat, sack the QB. On both sides. Quarterback's grandma and the linebacker's grandma, they're both hollerin', but for different things. 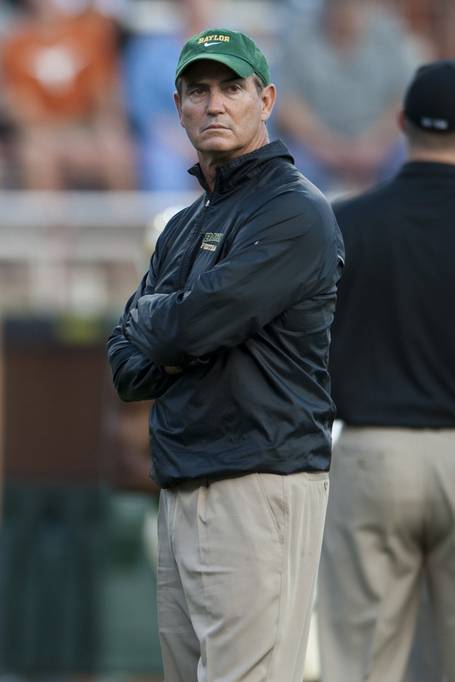 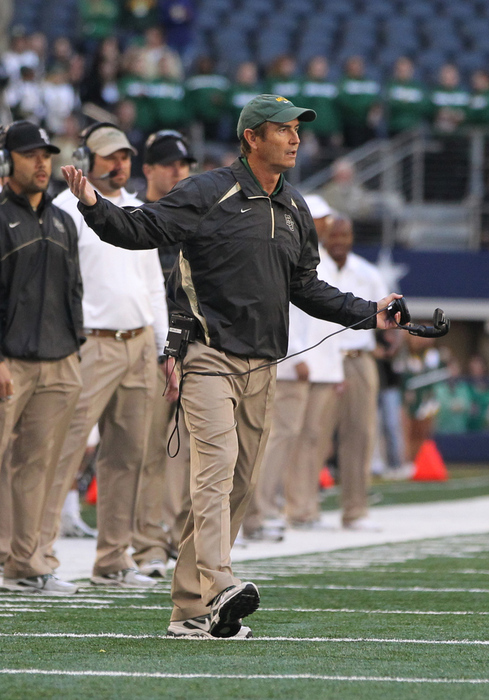 Estimated time until a rapper drops the line "I'm the Art Briles of the rap game": Already happened, probably.

• Florida player shouldn’t have been arrested for barking at dog, says sheriff