Share All sharing options for: USC denies Silas Redd met with Snoop Dogg: A summary of college football in 2013

It's Aug. 20, 2013. Somewhere, in a USC athletics department building in Los Angeles, a person had to write these words on a computer screen:

"Silas Redd has never met Snoop Dogg, much less received a ride from him in any type of vehicle. USC head coach Lane Kiffin picked up Silas from the airport on his recruiting visit."

You see, in an upcoming book, it's reported that Redd, the former Penn State running back who was allowed to transfer freely after sanctions were dropped on PSU, flew to USC and was met by noted Trojans fan Snoop Dogg -- who is Snoop Dogg -- in a limousine. 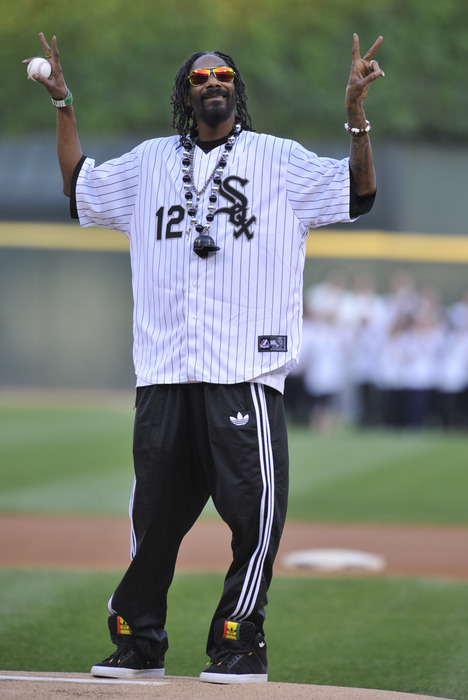 This would have been an NCAA violation, since you are not allowed to convince people to come to your school by saying "hey, celebrities!" USC wants you to know that it did not commit such an NCAA violation. Thus, the school had to write the phrase "Silas Redd has never met Snoop Dogg" on its website. THIS IS THE SPORT WE WATCH.

The Trojans are also recruiting Snoop Dogg's son, Cordell Broadus, a 6'2 wide receiver. If he commits, we eagerly await another statement.

Oh, and don't say I didn't warn you about USC using hip-hop celebrities as a recruiting tool.

•Will anything come of the Johnny Manziel autographs scandal?