Elliott Fry doesn't have it easy. He's a true freshman, and a walk-on, and he's been thrust into the role as South Carolina's starting field goal kicker.

He clearly hasn't earned the respect of South Carolina's equipment manager yet: 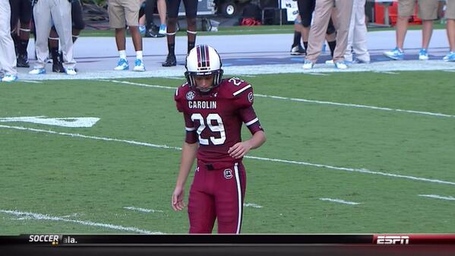 It's supposed to say "Carolina," obviously, but instead, it looks like he's just a big fan of showing up to people's houses and singing songs about figgy pudding.