Your Clemson football tailgating guide, plus the best Death Valley bars to hit

Heading to Clemson, South Carolina for the season's biggest opening-weekend game? Let the locals (and some especially wise visitors) tell you how to have a good time.

Share All sharing options for: Your Clemson football tailgating guide, plus the best Death Valley bars to hit

It's not every year that the college football season features a game like Georgia-Clemson during its opening weekend. There are always big non-conference matchups, but a contest between top-10 teams from rival conferences, located roughly 75 miles apart in football crazy states, is a rare treat. As good as the action on the field will be, the atmosphere surrounding the game may be even better.

Tailgating recipes from Shakin' the Southland 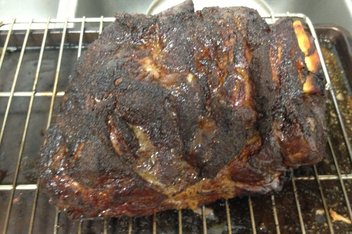 Our Clemson site just so happens to be handy in the kitchen. Here are a few favorites to try out:

Football is the No. 1 priority for the Tigers and Bulldogs, and while some younger fans might not realize it, the teams have a history together that features a few memorable games in the 1980s. During the decade, they combined for eight conference championships, two national titles and a 176-52-8 record. The Bulldogs and Tigers played every year from 1980 to '87, featuring Vince Dooley and Danny Ford matching wits, with Georgia holding a 4-3-1 advantage. That history, plus all the elements surrounding this year's game, will have fans whipped into a frenzy and create excellent conditions for outstanding tailgating.

Located in upstate South Carolina, Clemson is what one imagines when thinking of a quaint Southern college town.

"Clemson tailgating is a real treat," FigureFore, one of two managers at SB Nation's Clemson blog Shakin' the Southland, said. "First and foremost, Memorial Stadium is an on-campus venue, and Clemson's campus is very eye appealing, as it is nestled in the foothills and filled with manicured spaces and monuments to heroes and students of yesteryear. At Clemson, the motorhomes start rolling in early in the week and things begin to crank up Friday afternoon, and Saturdays become a sea of orange.

More: Learn about the history of the Georgia-Clemson rivalry

"Reserved parking is located all around the stadium. There you will see your typical tailgate party items: tents, beer, large televisions and satellites, grills, music, and so on. Clemson has the best tailgating atmosphere in the ACC and is as good as any of the SEC venues I've been to, as well (Tuscaloosa, Columbia and Athens -- don't want to make any of those Cajuns mad, because I've heard Baton Rouge is something else, and I've never been for a game), so if you are going to Tigertown for the game and tailgating is your thing, you will have a blast."

The cuisine and atmosphere in Clemson will include most anything a college football fan could want.

"Food-wise, you'll see everything from a bucket of KFC to whole hogs cooking up on oversized, trailered cookers. It is the real deal, and I'd highly recommend walking around and checking out the sights and sounds of Clemson pregame and postgame tailgating -- and, well, many times Clemson in-game tailgating, for the folks who rode into town just to hang out and have a good time."

Get ready for kickoff

The prettiest, smartest preview anywhere Longform: Why we love college football Bama-Oregon and all other bowl projections How to stop Jadeveon Clowney Picking every conference race Every new uniform for 2013 The 25 most interesting teams Oregon over Ohio State in simmed BCS SEC headlines SB Nation All-Americans The funnest games of 2013

That sounds like tailgating done right, but fans in town for the weekend will be seeking more than just pregame festivities on Saturday. These are Southerners who devote their lives to their schools' football programs, and during the fall they go hard. They're not going to be satisfied with a national chain to quench their thirst and fill their stomachs; they need local fare in a college town environment. It's a good thing Clemson doesn't disappoint when it comes to nightlife.

"If you are looking for a local watering hole, the most famed location is the Esso Club," FigureFore said. "Be sure to go in there, look around and grab a beverage or two. The Esso is a couple blocks from the stadium. If you venture into downtown, a five-to-10-minute walk from the stadium, you'll find a row of local bars and restaurant on College Avenue. I'll have to show my age here: Being a few years removed from my time at Clemson, I am not the expert on the downtown scene, but can point you to some places that have been around for quite some time. TD's will be the first one you encounter. Tiger Town Tavern ("TTT's" or "Triple T's," as most call it) is a little further in town. This is a staple of downtown Clemson and a great place to go for a bite to eat or a cold beverage.

"Sloan Street Tap Room is located just off College Ave. on -- you guessed it -- Sloan St. The place might not look like much, but they allegedly have the coldest -- and, more than likely, the cheapest -- beer in Clemson. Don't believe me, just read the sign. The bar is also owned by the son of legendary Clemson football coach Frank Howard and Jimmy is often in there tending bar. Backstreets is located on a side road downtown (I believe it is Keith Street) and offers live music a good bit of the time. Overtime is under Backstreets and stays open late (bars close at 2 a.m. Monday through Friday night, midnight on Saturday, and are closed on Sundays, unless they've changed things recently)."

The Tigers are certainly looking forward to hosting such a big game and showing off their environment. Georgia fans who will be in attendance appear to be looking forward to the trip, and those unable to make it are jealous of their traveling comrades. Athens is one of the best college towns in the country, but it's always nice to be a stranger in a strange land for the road games.

"I've been to Clemson, but because of the decade layoff have not attended a game there yet," MaconDawg, who runs Dawg Sports, SB Nation's Georgia blog. "I hate that because I have a lot of good friends who are Clemson fans and alums. My sense is, like Georgia fans, they are friendly people who drink too much, brag too much and take their hats off during the national anthem. I can get behind all of that. I'm told by my Clemson sources that tailgating in the place we Bulldog fans affectionately refer to as 'Auburn with a lake' is a lot like tailgating in Athens. There's grass and trees and friendly people offering you food and beer."

Due to the rise of early-season neutral-site matchups, colossal games to open the year don't always come with a tailgating scene to match. But this year, fans in Clemson -- whether they bleed for the Tigers or Bulldogs -- have hit the jackpot.

"Clemson traditionally doesn't host many night games, so the atmosphere will be electric by game time," said FigureFore. "The combination of Georgia coming to town, all-day tailgating, the excitement of a season everyone has been waiting to begin, and carryover from last year's Peach Bowl [editor's note: that's what Shakin' the Southland calls the Chick-fil-A Bowl, and that suits us just fine] win ensures that when Tiger Band fires up 'Orange Bowl March' and the team gets to the top of the hill, it will be rowdy in Death Valley."

•Bama-Oregon title game, plus all 34 other bowl projections