The NCAA, which more and more often is the butt of various jokes, has removed the search function from its official online store. This move comes shortly after Jay Bilas pointed out a couple of specific searches that sort of disqualify the argument that college sports' governing body isn't profiting off of players:

Go to http://t.co/qpH4tNnIpH and type in "A.J. McCarron" in upper right search box, hit enter. This comes up. pic.twitter.com/LgTLKd7JkI

Go to http://t.co/qpH4tNnIpH and type "Nerlens Noel" into upper right search box, then hit enter. This comes up. pic.twitter.com/7oSSTuVeiB

The NCAA has disabled the search function on the desktop version of the site, but it appears to still be working on the mobile version: 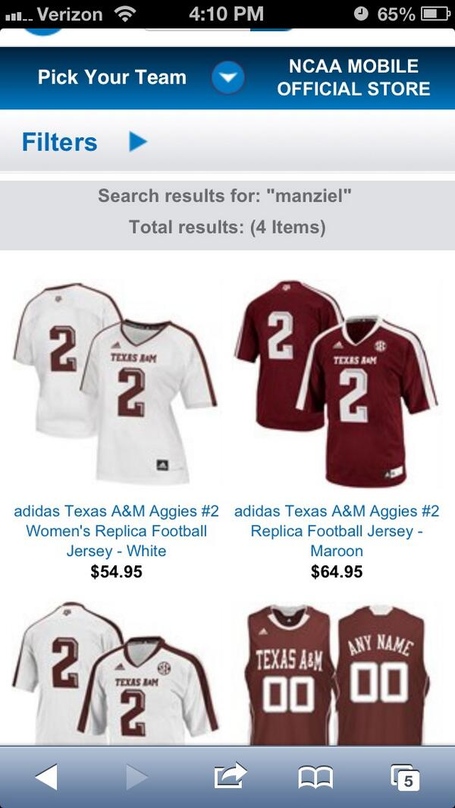 "Nope. Nothin' to see here. We're not makin' money off these guys. No sir."

For an organization fighting a legal case and trying to prove it doesn't owe college players any money, this isn't exactly a welcome development. You might think someone -- anyone -- employed by the NCAA would have had the foresight to get rid of that search option some time ago, but then again, maybe that's expecting a lot out of these buffoons. After all, the NCAA botched the investigation into the University of Miami in more ways than were thought possible, so giving Mark Emmert's crew any credit at all is foolish.

It's only a matter of time until Emmert or one of his employees has to go on record about this. You should probably get your popcorn ready.